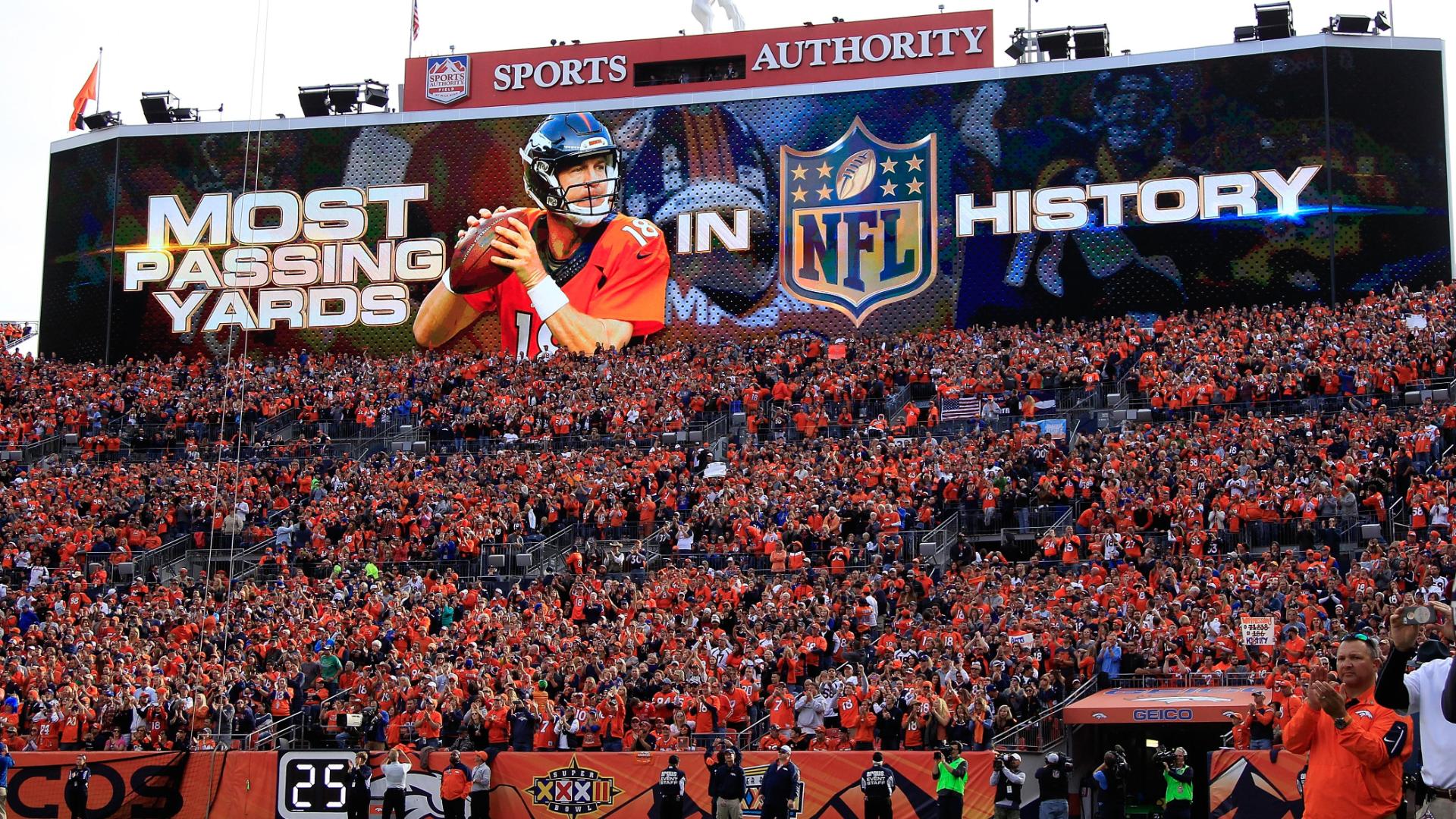 DENVER -- Denver Broncos quarterback Peyton Manning was on the brink of another career milestone when time ran out the past Sunday.

The record was the highlight of an otherwise dreadful afternoon for Manning, who threw an interception on his first pass and went on to throw three more before being replaced byBrock Osweilermidway through the thirdquarter with the Broncos trailing 22-0.

Manning was 5-of-20 for 35 yards with no touchdowns and the four interceptions when he was replaced. Denver went on to lose 29-13.

Manning remains tied with Favre for most career wins by a quarterback at 186. Sunday's game marked Manning's 265th regular-season start and 57th start with the Broncos since he signed with Denver in 2012.

Manning was denied a chance to set either record the past Sunday in Indianapolis against the Colts -- the team that selected him No. 1 in the 1998 draft and where he played 14 seasons -- when Broncos cornerback Aqib Talib poked Colts tight end Dwayne Allen in the right eye in the game's closing minutes. As a result, the Broncos did not get the ball back for one last possession.

Since signing with the Broncos in 2012, Manning has gone 45-11 as a starter in the regular season and set NFL records for single-season passing yardage (5,477 yards), single-season touchdowns (55) and career touchdown passes (530 going into Sunday's game).

In addition to Manning and Favre, Dan Marino is the only other quarterback in league history to have topped 60,000 career passing yards. 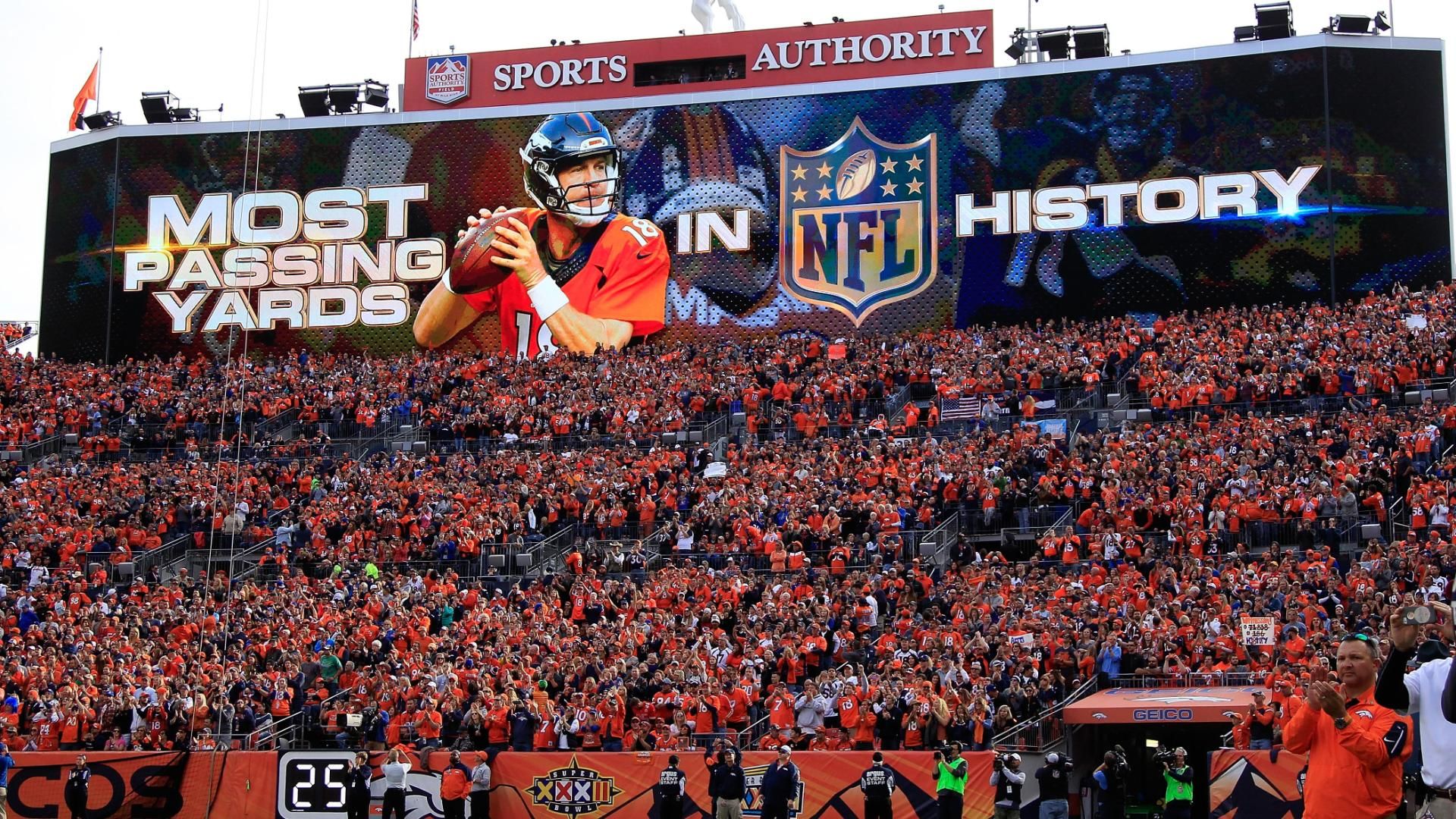