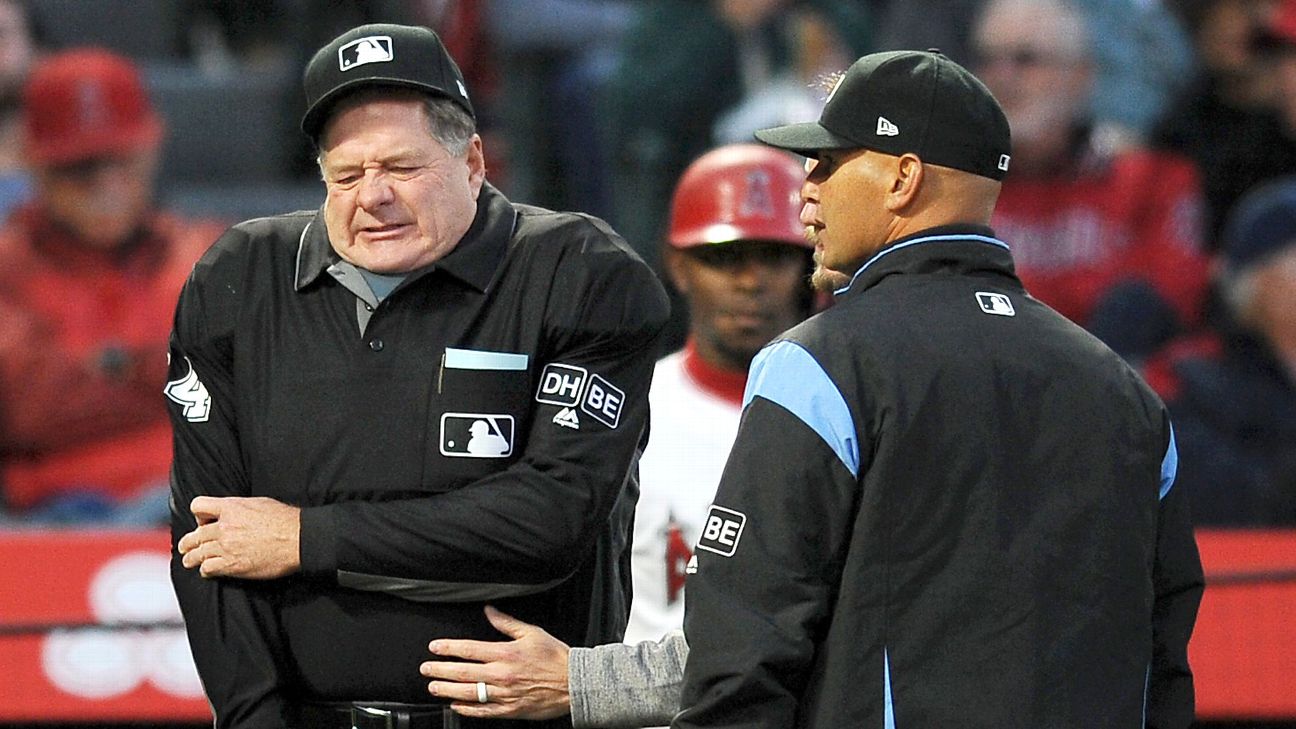 ANAHEIM, Calif. -- Plate umpire Jerry Layne left the Los Angeles Angels' game against Boston on Thursday night after a foul ball from Mike Trout hit him on the right elbow.

X-rays on the elbow came back negative, and Layne suffered a deep bruise, the Angels announced.

Layne went to the locker room in the bottom of the first inning.

Trout's foul off the second pitch from Eduardo Rodriguez went straight back and smacked Layne on his right elbow or biceps. Layne doubled over in obvious pain while trainers attended to him, and he eventually exited through the Angels' dugout.

The game resumed with first-base umpire Greg Gibson behind the plate after he fetched his gear.