ESPN
By Josh Moyer
Penn State coach James Franklin acknowledged that some frustration permeated the locker room after the No. 5 Nittany Lions were left out of the College Football Playoff on Sunday, but overall, he said they're still ecstatic with their bowl destination.

Penn State will take on No. 9 USC in the Rose Bowl Game Presented by Northwestern Mutual. Kickoff is at 5 p.m. on Jan. 2. It is the Lions' first appearance in the game since the 2008 season.

"There was a handful of guys that showed a little bit of frustration and body language and things like that," Franklin said during a Sunday evening news conference, "but 99 percent of the guys in there are just excited about staying together as a family and being able to play in such a historic bowl game."

He continued, "This is a game and a bowl that players and coaches grow up dreaming about."

Back in September, the Rose Bowl seemed like nothing more than a distant dream to most Penn State fans. Based on ESPN's FPI, after a 2-2 start, Penn State had just a 0.09 percent chance to win the Big Ten championship. And when the Nittany Lions trailed by three touchdowns to Wisconsin during Saturday's Big Ten championship, their win probability dropped to just 3 percent.

But after an unprecedented 38-31 comeback victory over the Badgers -- an exclamation mark on a nine-game winning streak -- Penn State was thrust into the playoff conversation. It came up just short Sunday, earning a ranking behind No. 4 Washington and No. 3 Ohio State, but Franklin said that doesn't change how proud he is of this team.

"This is one of the few programs in the country that can handle the adversity we've had."

A weary-sounding Franklin said he didn't get much sleep over the past 24 hours. He fielded numerous calls and texts from former lettermen and parents of current players, and he was just about to hit the road recruiting. He won't return to Happy Valley until next Saturday.

It has been a whirlwind for the third-year Penn State coach. But he said it has all been worth it. Screaming fans awaited the team buses Sunday morning, some people blaring their horns from the side of the road, and an excitement has taken hold of Happy Valley.

So even though Penn State missed out on a playoff berth, Franklin said this team has nothing to feel defeated about.

"Obviously, our guys would've liked to complete in the playoff and the national championship," he said, "but they also still know it's a tremendous opportunity to play in the Rose Bowl.

"I just want to let everyone know just how humbled and honored we are to have this opportunity." 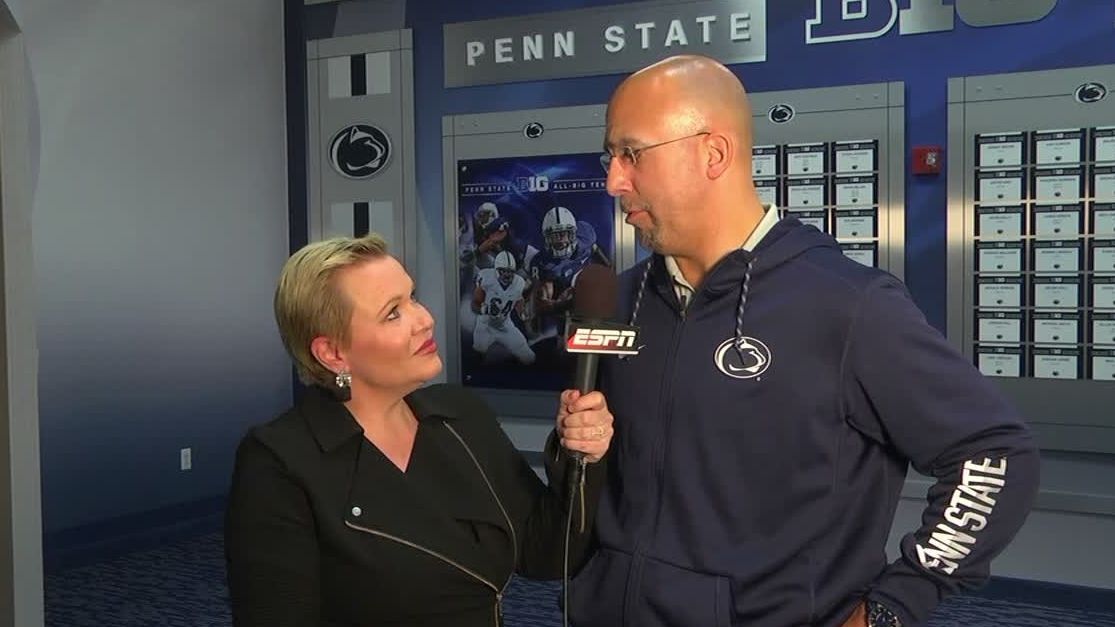