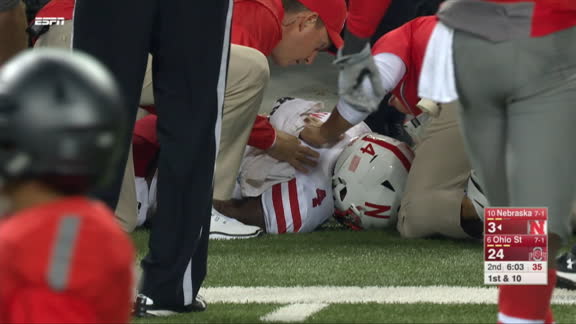 COLUMBUS, Ohio -- Nebraska quarterback Tommy Armstrong Jr.returned to Ohio Stadium on Saturday night, after he left earlier in the game in an ambulance following a helmet-to-turf collision.

The senior took what appeared to be a legal hit along the sideline after he scrambled for a first down in the second quarter of the crucial Big Ten matchup against Ohio State. On the way to the ground, his helmet violently collided with the turf.

After being evaluated for more than 10 minutes, having his helmet, jersey and pads removed by attending personnel and being strapped to a backboard, Armstrong was carted to a waiting ambulance behind the south end zone and taken from the stadium.

Armstrong was able to give a thumbs-up sign with his left hand after he was placed on the cart. He left the field to chants of "Tommy" from the crowd.

According to Nebraska medical personnel, Armstrong was briefly knocked unconscious. He was moving all extremities and talking while on the field and was taken to a local hospital for further evaluation.

He eventually returned to the Horseshoe still wearing pants from the hospital after additional examination. After changing into a black tracksuit, Armstrong came down the tunnel from the locker room, jogged across the field and was hugged by teammates on the sideline.

Armstrong later tweeted that "everything is good" and said he was glad to be back with the team.

Ryker Fyfe came on in relief for Nebraska's all-time leader in passing yards. He completed five of 18 passes for 52 yards in the Huskers' 62-3 loss.

Nebraska visits Minnesota next week but isn't sure who will be at QB.

"Too early to tell exactly what his situation is for next week playing football," coach Mike Riley said of Armstrong. "But the good situation is that he came back out. Somebody told me a few minutes before that they had put him through some tests and he was coming back." 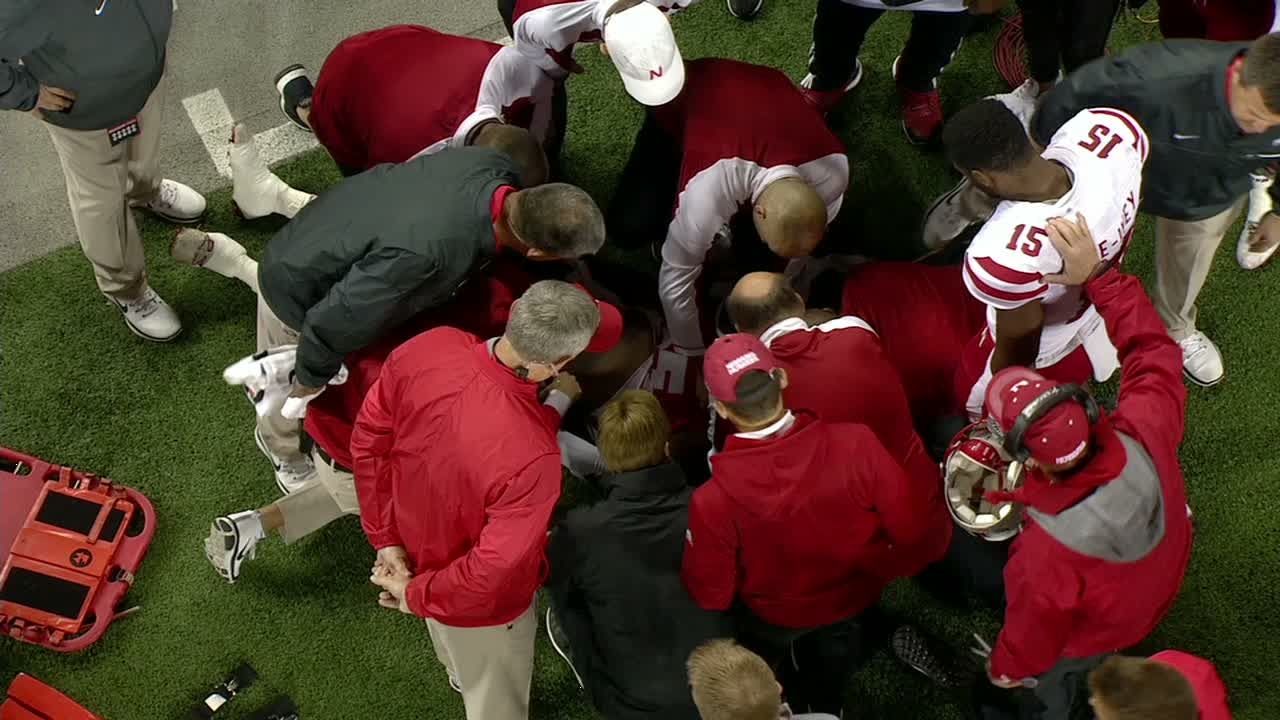 Armstrong carted off the field after diving headfirst
Nebraska QB Tommy Armstrong runs to the Ohio State sideline but doesn't have time to brace for impact and dives headfirst to the ground. Medical staff rush to Armstrong's aid as he lies unconscious and eventually leaves the stadium in an ambulance. 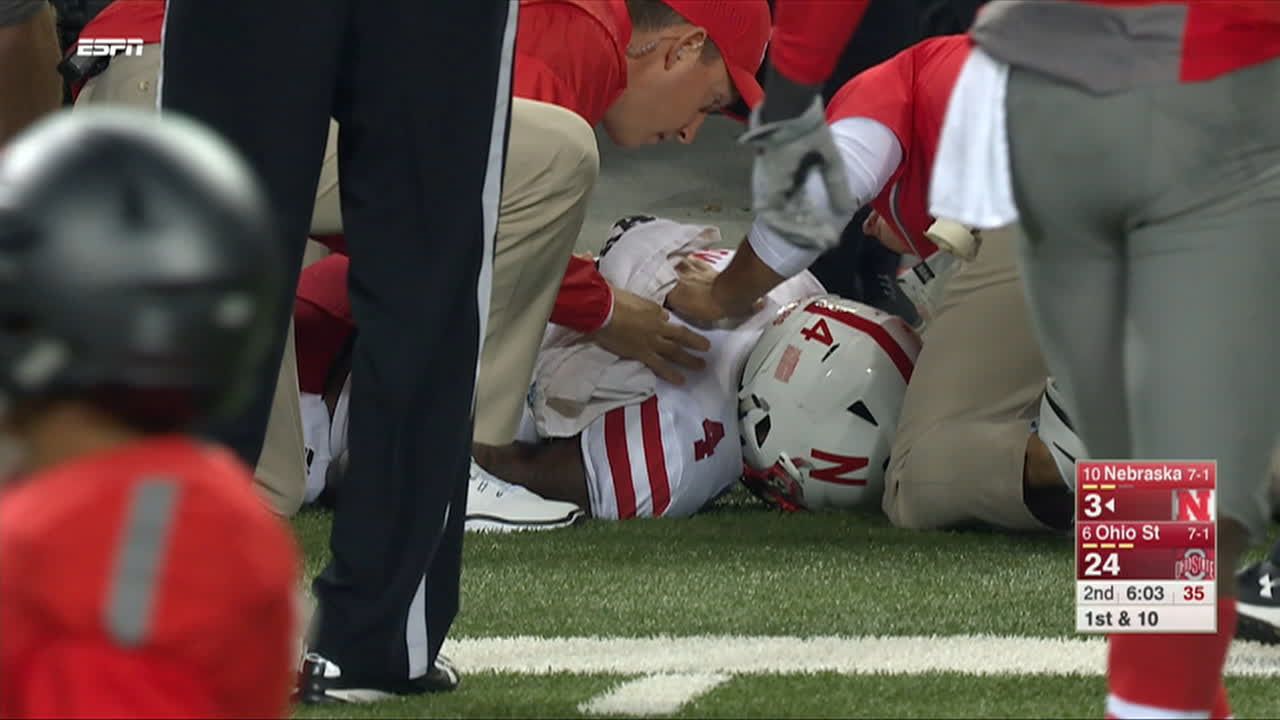