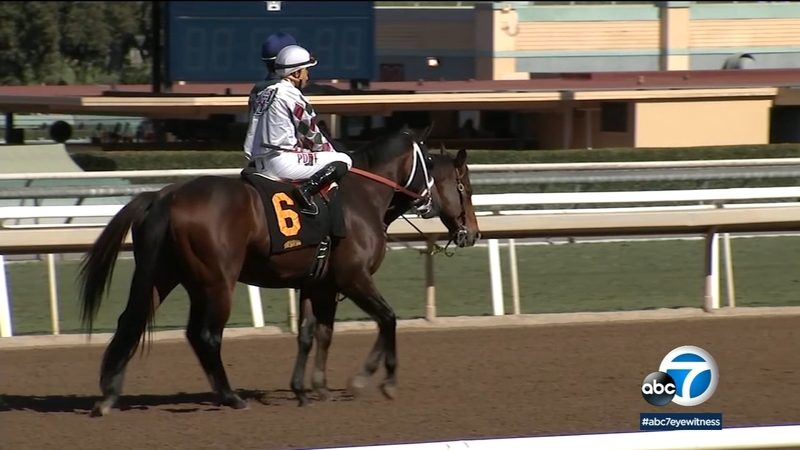 ARCADIA, Calif. (KABC) -- Racing resumed at Santa Anita Park Sunday, one day after the death of another horse, the 37th to die at the track since late December.

The 4-year-old thoroughbred named Mongolian Groom suffered a "serious fracture" to his left hind limb and was later euthanized, officials confirmed. The horse sustained the injury during the final race of the Breeders' Cup.

Protesters demonstrated outside the track Sunday, demanding the park be shut down.

"We want a complete ban on horse racing in the state of California and hopefully the entire United States," protester Amanda Lundberg said. "As long as horse racing is still here, horses are going to be killed."

According to the California Horse Racing Board, Santa Anita averages 50 horse deaths a year. On any given race day, more than 1,000 animals are on the track.

Santa Anita has instituted a series of safety measures to protect the horses, as well as launching an in-depth investigation into the track soil and other possible contributing factors.

Horse racing fans turning out Sunday say they don't want to see the track close but do want more answers.

Mongolian Groom was the third horse to die at Santa Anita Park in nine days and the 37th since late December of last year.