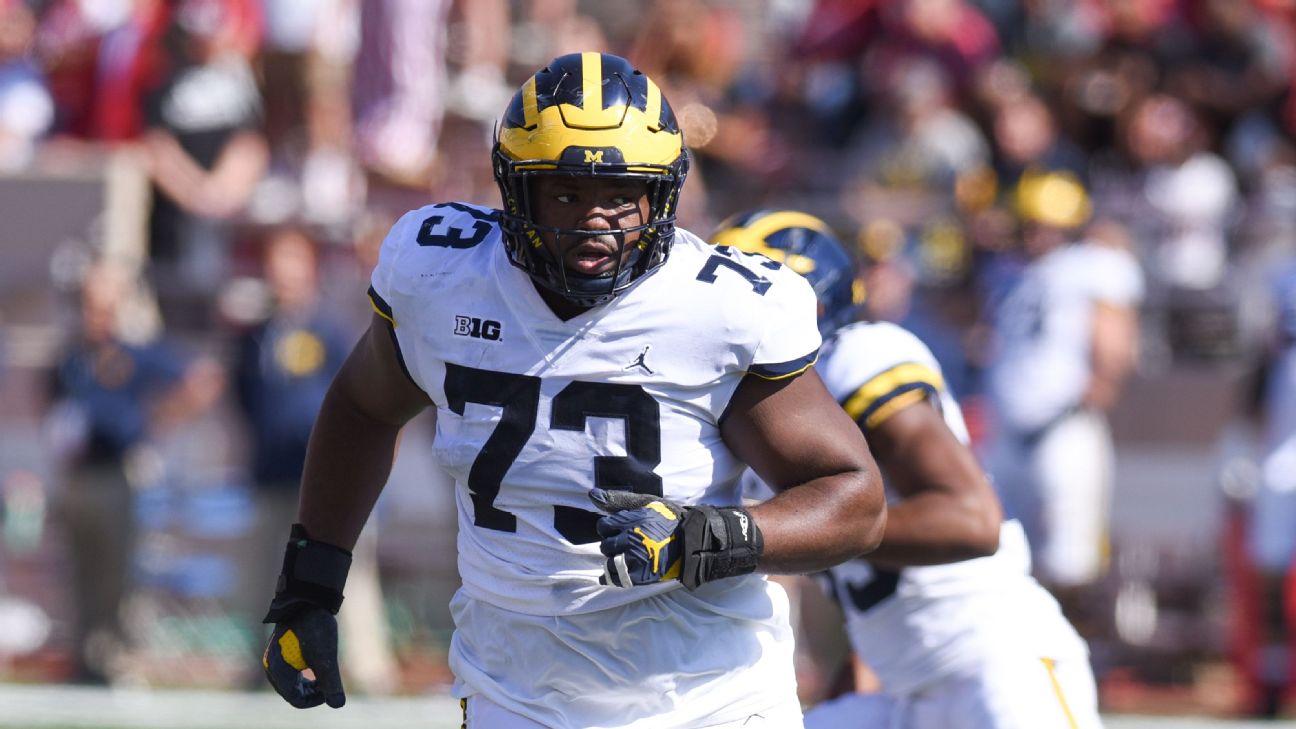 ESPN
By Paul Gutierrez
ALAMEDA, Calif. -- Maurice Hurst Jr. knew his name would be called eventually. But theMichigandefensive tackle did not figure it would take until the fifth round for his phone to ring.

The Oakland Raiders traded up in the round Saturday to select Hurst with the 140th overall pick of the NFL draft. The Raiders traded the 159th and 185th picks to the Indianapolis Colts for the selection.

"It's tough just thinking you're one of the top players in the draft and having good tape and everything like that and just having to wait and see guys that you believe you're better than go ahead of you," Hurst said. "I mean, it's tough. I'm just happy to be in the right place and be part of a great organization.

"I think I'm the best defensive tackle -- one of them -- in this draft, so obviously, I think highly of myself in that regard. But I'm just excited to have the opportunity ... definitely a dream scenario for me to be a Raider."

Hurst was ranked the third-best player in the draft by Pro Football Focus but was diagnosed with a heart condition at the NFL scouting combine and did not work out with the other defensive linemen. He later met with cardiologists at the University of Michigan and Harvard, and they cleared him to resume playing football.

Hurst said he will participate in the Raiders' rookie minicamp next weekend.

"Now that they've found out whatever this condition is ... he's just going to have to follow a certain deal where he gets checked, just so everyone is on the same page and we all know everything," Raiders general manager Reggie McKenzie said. "When something like that happens, to be smart is to keep getting checked."

Raiders coach Jon Gruden made the call to tell Hurst he was drafted by Oakland.

"The only reason you're in the fifth round is people have their question marks," Gruden told Hurst, "but we've got no doubts about you, you got me?"

McKenzie said the Raiders "loved" Hurst as a person first.

The 6-foot-2, 280-pound defensive tackle had 59 tackles and 5.5 sacks last season. He also had 13 tackles for loss and was the top-ranked defensive tackle in the draft, according to numerous observers. Hurst addresses a need as a pass-rushing interior defensive lineman.

"Khalil Mack, Bruce Irvin, Shilique Calhoun, P.J. [Hall] and Arden Key-- I mean, it's just such a talented group of players," Hurst said. "Growing up, watching Coach Gruden, I loved the Bucs, and Warren Sapp was my favorite player growing up, and I just loved that defense. I think that's what [Gruden is] trying to bring back there, and I'm just excited to be a part of that process and be one of those pieces to the puzzle."

"The one thing he can do is work the edge of the offensive line," McKenzie said. "He does a good job maneuvering around that block and getting up field."

Hurst, who already proclaimed himself the best Uber driver in Ann Arbor, joked that he might have to keep driving in Oakland because of money lost in his draft slippage. But he finds added motivation in dropping from a likely first-round pick to the fifth round.

"It's money," Hurst said. "But just upset and disappointed in the teams that decided not to pick me, but one got a great later for very little, so I'm just very excited to be a part of the Raiders organization."

Hurst's father played seven seasons as a cornerback with the New England Patriots. 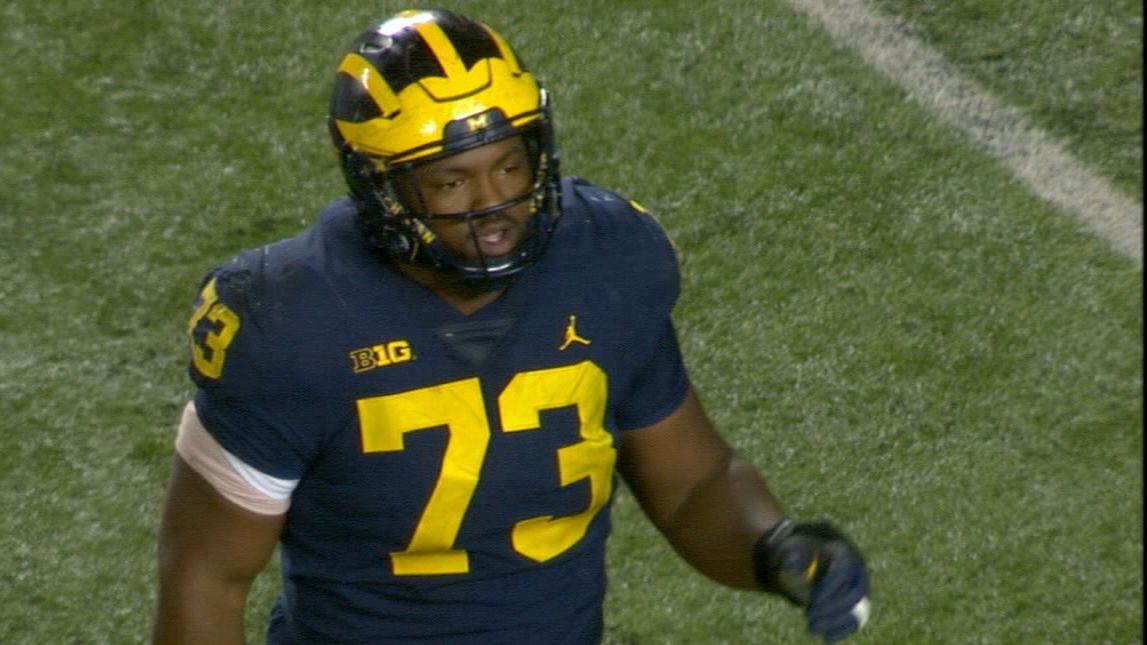