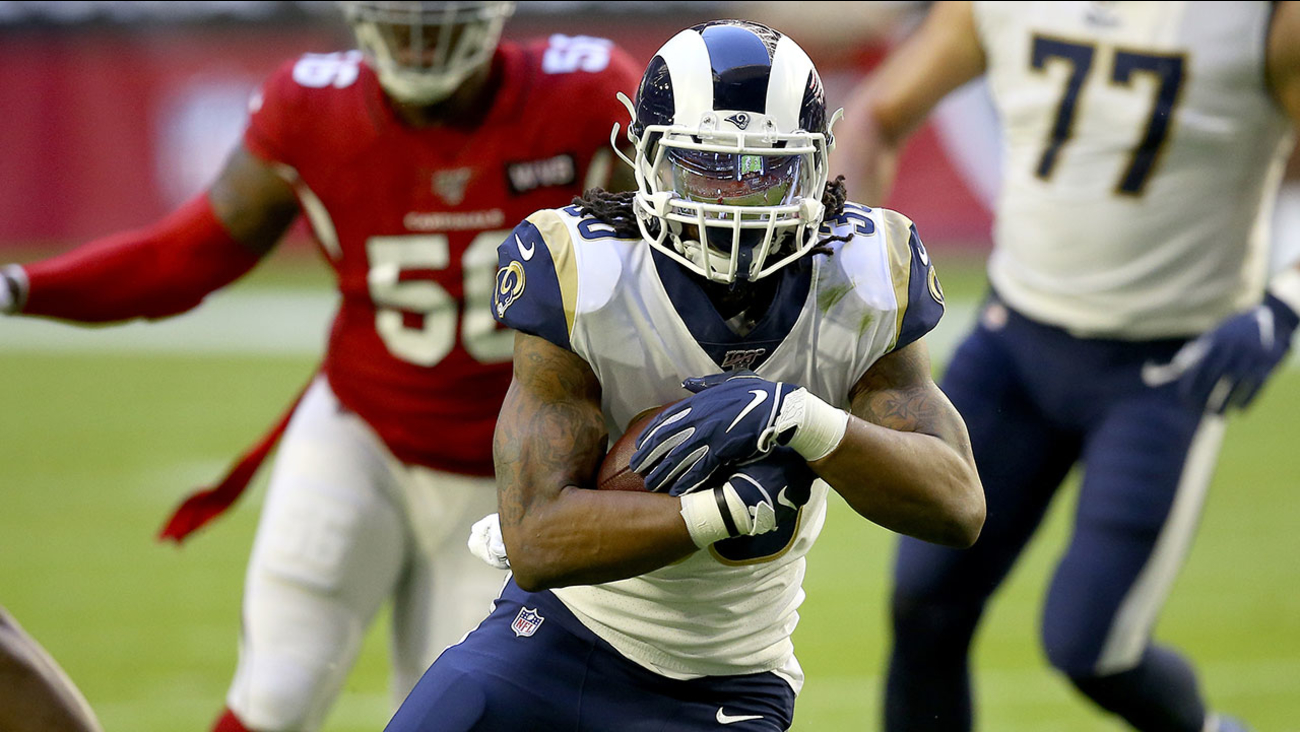 GLENDALE, Ariz. (KABC) -- Jared Goff threw for 424 yards and two touchdowns as the Rams easily dispatched the struggling Cardinals 34-7 in Arizona on Sunday.

The win moves the Rams to 7-5, keeping them in the hunt for a wild card playoff spot. Their best chance is to catch the 8-3 Minnesota Vikings who face the 9-2 Seattle Seahawks on Monday night.

The victory was a welcome turnaround for Goff, who struggled in November. He had no touchdown passes and five interceptions in the month.

Goff's three straight games with no TD passes and at least one interception are tied for the longest streak in the NFL since Curtis Painter did it four games in a row for Indianapolis in 2011.

The month was capped by an embarrassing 45-6 loss to the Ravens on Monday night.

But facing the NFL's worst pass defense was just what Goff and the Rams needed.

Goff went 32-43 with no interceptions and his yardage total was his second-highest for the season.

The Cardinals now drop to 3-8-1. Quarterback Kyler Murray, the top pick in this year's draft, had been showing improvement every week prior to Sunday and had thrown only one interception in his past seven games. He had a 106.7 passer rating in his previous three games.

On Sunday, the Rams defense kept Murray locked down, including a pick-six interception in the third quarter by safety Taylor Rapp.

Arizona was held scoreless until the fourth quarter, when Murray ran in a meaningless TD with 8:35 to go.

The Cardinals were also playing without cornerback Josh Shaw, who was suspended by the NFL until at least the end of the 2020 season for betting on multiple NFL games this year. The 27-year-old had been sidelined anyway from a shoulder injury.