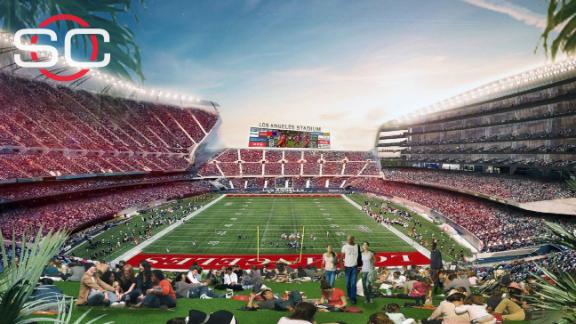 As expected on the first day NFL rules would allow, the league confirmed that the paperwork was officially filed and received.

According to the NFL's statement on the filings, each proposal contained the "appropriate documentation in support of its application, as required by the NFL Policy and Procedures for Proposed Franchise Relocations" and is intended to be effective for the 2016 NFL season.

The Chargers revealed their intentions first and went so far as to have owner Dean Spanos appear in a video on the team's website to explain the decision for filing.

"It was very difficult to come to this decision," Spanos said. "It's been 14 years that we've been working very hard to try and get something done here. We've had nine different proposals that we've made, and all of them were basically rejected by the city.

"Over 25 percent of our business comes from Riverside County, Orange County and the Los Angeles County area. Another team or teams going in there would have a huge impact on that. I think that is what really was the catalyst that got this whole thing going because when the Rams decided to make their move there, this was a move to protect our business more than anything, so we find ourselves where we do right now."

The Rams and Raiders followed with their own confirmations:

Now that all three teams have officially declared their intents, it is up to the NFL's owners to decide which of the teams gets to follow through. It's a three-team, two-stadium race that could get some resolution as soon as the Jan. 12-13 owners meetings.

To that end, the 17 members of the league's finance, stadium and Los Angeles committees will gather in New York on Wednesday and Thursday. There, the committees will hear extended pitches for the Carson and Inglewood projects.

There's plenty to consider for not just those 17 owners but also the rest of the owners who will ultimately decide the fate of the three teams and four cities.

Rams owner Stan Kroenke has proposed a $1.86 billion stadium project in Inglewood, the project that essentially jump-started this whole affair. But Kroenke has received opposition from the city of St. Louis, which has put forth a $1.1 billion stadium proposal on the city's north riverfront. St. Louis' plan, which was finalized and submitted to the NFL on Dec. 29, includes $400 million in actionable public money.

The St. Louis stadium task force sent out a statement of its own after the Rams formally filed for relocation Monday.

"We've anticipated this filing from the Rams for more than a year," the statement said. "It's why we started working in November 2014 to produce a viable St. Louis stadium proposal for consideration by the Rams and the National Football League. That proposal was delivered last week to the NFL and team owners, and we feel extremely confident that it will be well received as the league weighs its options in the weeks ahead."

Meanwhile in California, the Chargers and Raiders have forged an alliance to propose a $1.75 billion NFL stadium in Carson. The two teams currently play in the two oldest stadiums in the NFL and, after years without much progress toward new venues in their current markets, have set their sights on Carson.

San Diego and Oakland made submissions to the NFL before the Dec. 30 deadline, but neither plan is considered to be "actionable" by the NFL right now. San Diego's plan calls for a public vote later this year, and Oakland only sent a letter saying the city is discussing options but had no formal proposal.

It is believed that the NFL's six-member committee on Los Angeles Opportunities will make a formal recommendation to the rest of the ownership at or before the full meetings in Houston. The NFL requires 24 votes to approve a team's relocation proposal. 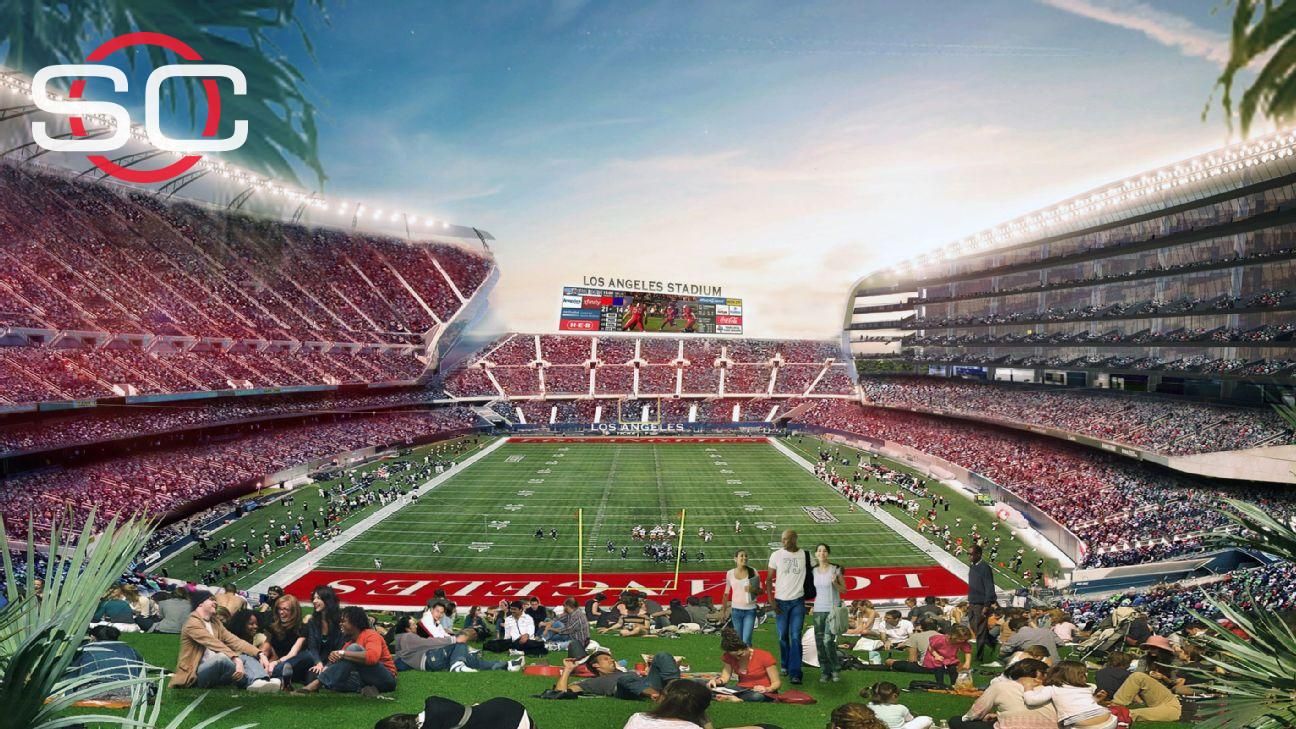