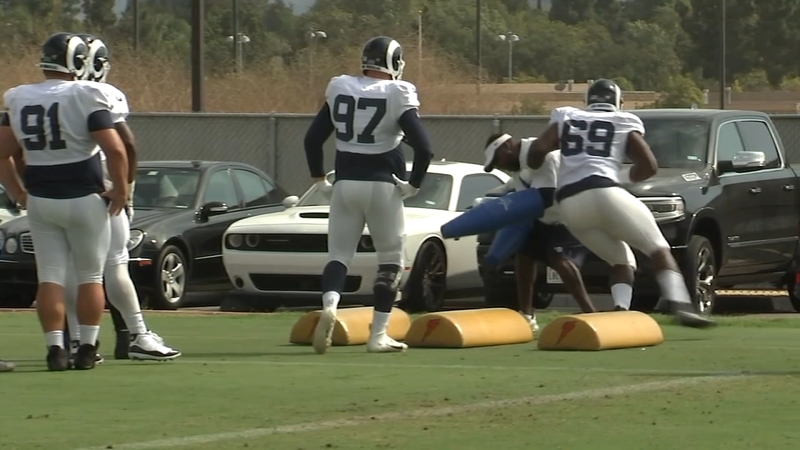 THOUSAND OAKS, Calif. (KABC) -- The winds that are causing trouble across Southern California Thursday changed the Rams practice to a walk-through.

"The only thing we can really do is look at it as a chance to stay fresh and get a good above-the-neck day," said head coach Sean McVay.

"We're fine. It's only five games we've played so far," said All-Pro Aaron Donald. "It's still early in the season. I'd rather go through these ups and downs now," he added.

NFL history buffs take note. This is the first time in 30 years the Los Angeles Rams and 49ers will meet with BOTH teams having a winning record. That hasn't happened since 1989.

Defensive coordinator Wade Phillips remembers that Niners team. He was with Denver when Joe Montana and the Niners demolished his Broncos in the Super Bowl.

"We gave up the fewest points in the league that year, and they beat us 55-10," Phillips said.

As it relates to Sunday, he added, "We're looking forward to this game. I think we will improve as the year goes along. This is the kind of challenge that tells you if you're improving or not."

If the Rams lost a second-straight in the division this weekend, it would make a windy day that canceled practice, look like a breeze.
Report a correction or typo
Related topics:
sportssan francisco 49ersnfllos angeles ramsfootball
Copyright © 2021 KABC-TV. All Rights Reserved.
More Videos
From CNN Newsource affiliates
TOP STORIES