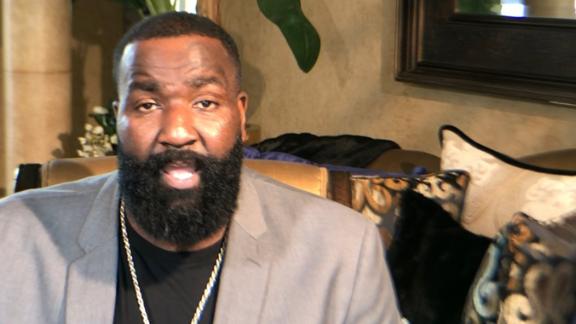 LeBron James said that finding a rhythm on offense might take time for the Los Angeles Lakers. Defending, though, is crucial when the Lakers aren't at the top of their game offensively, he believes.

The Lakers hope to enjoy a better offensive showing Saturday night when they meet the Toronto Raptors in a matchup of top NBA contenders at The Arena near Orlando. Toronto has won the past 10 meetings.


Despite shooting only 39 percent, the Lakers opened their restart campaign Thursday with a 103-101 win over the Los Angeles Clippers. Anthony Davis scored 34 points and grabbed eight rebounds as the Lakers (50-14) increased their edge in the Western Conference standings to 6 1/2 games over the Clippers with seven contests remaining in the abbreviated regular season.

James scored the winning bucket inside with 12.8 seconds left, converting after getting the rebound of his own missed shot. He finished with 16 points, 11 rebounds and seven assists and also forced Paul George to miss a game-winning 3-point attempt at the final horn.

"I love having the ball in my hands late in the game, tie game, being down, being up," said James, who struggled on offense, shooting 6-for-19 and committing five turnovers. "We had a three-point (lead) with like 40 seconds to go. We got a great look for Danny (Green). He missed it. Paul George came back and hit a 3 to tie the game. For me, it was to be aggressive ... I was able to follow my own shot and put us up for good."

The Raptors, who will be playing their first restart game, completed the last of three scrimmages Tuesday in a 117-106 loss to the Phoenix Suns. Pascal Siakam led the Raptors with 17 points while Norman Powell added 14. Fred VanVleet finished with 13, and Kyle Lowry had 11 points and seven assists.

"I think we have a group of professionals that go out there and know their jobs and understand their roles and I think that's one thing I will say is we have is true professionals, guys who want to win and guys who want to continue to chase what we want to try to get to again and that's holding the trophy at the end of this season," Lowry said after practice Friday. "For us, it's about just being us and continuing to try to grow in these eight games and then pushing forward to the next three months of the playoffs."


The defending champions played well before the break, owning the NBA's third best record at 46-18. They are a distant second in the Eastern Conference behind the Milwaukee Bucks.

"We like to think we're pretty good," Raptors coach Nick Nurse joked, when asked about his team's chances of contending again. "I think we've got some special players, I think we've got a good combination of experience with some energetic youth. I think we play defense and really like to play defense. Again, I think if you play defense in the way we're capable of doing it you can go a long ways in any season."

In the teams' only meeting earlier this season, the Raptors earned a 113-104 road victory over the Lakers on Nov. 10.