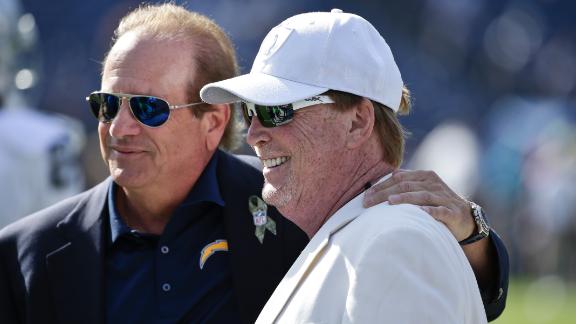 A proposal that would move the St. Louis Rams and a team to be determined to a yet-to-be-built stadium in Inglewood, California, leads 20-12 after the first round of owners' voting, according to a Los Angeles Times report.

Despite the early lead, no official decision has been made, as the necessary threshold of 24 of 32 votes has yet to be reached.

A San Diego Chargers-Oakland Raiders partnership that would put the two teams in a stadium in Carson, California, is the other proposal under consideration.

The vote is being administered via secret ballot, according to ESPN's Andrew Brandt.

"We're going back in there right now and gonna stay till its done," New Orleans Saints owner Tom Benson said.

The NFL's six-owner committee on Los Angeles opportunities earlier recommended the Chargers-Raiders project, which would build a $1.7 billion stadium in Carson, sources told ESPN, confirming multiple reports. However, it appears that such a push did not lead to the proposal surpassing the Rams' relocation bid on the first vote.

Rams owner Stan Kroenke has proposed to build a $1.86 billion stadium in Inglewood. Earlier Tuesday, a Rams-only proposal was denied by the owners, according to the Los Angeles Daily News.

Also Tuesday, the league made a presentation on the stadium proposals in the home markets of San Diego, St. Louis and Oakland, clearing the way for all three teams to be eligible to move.

The Rams presented their project on Inglewood first, followed by the Chargers and Raiders -- which included Disney CEO Bob Iger, who is a consultant to the group. The NFL made the final presentation.

Disney is the parent company of ESPN.

Though all 32 teams are represented, Tennessee Titans controlling owner Amy Adams Strunk is the only owner not at the NFL owners meetings in Houston.

The Titans said Adams did not attend the meetings because the organization remains focused on hiring a general manager and head coach. Team president and CEO Steve Underwood is representing the team at the meetings.

Coincidentally, the Titans are last NFL team to relocate, moving from Houston to Tennessee prior to the 1997 season. 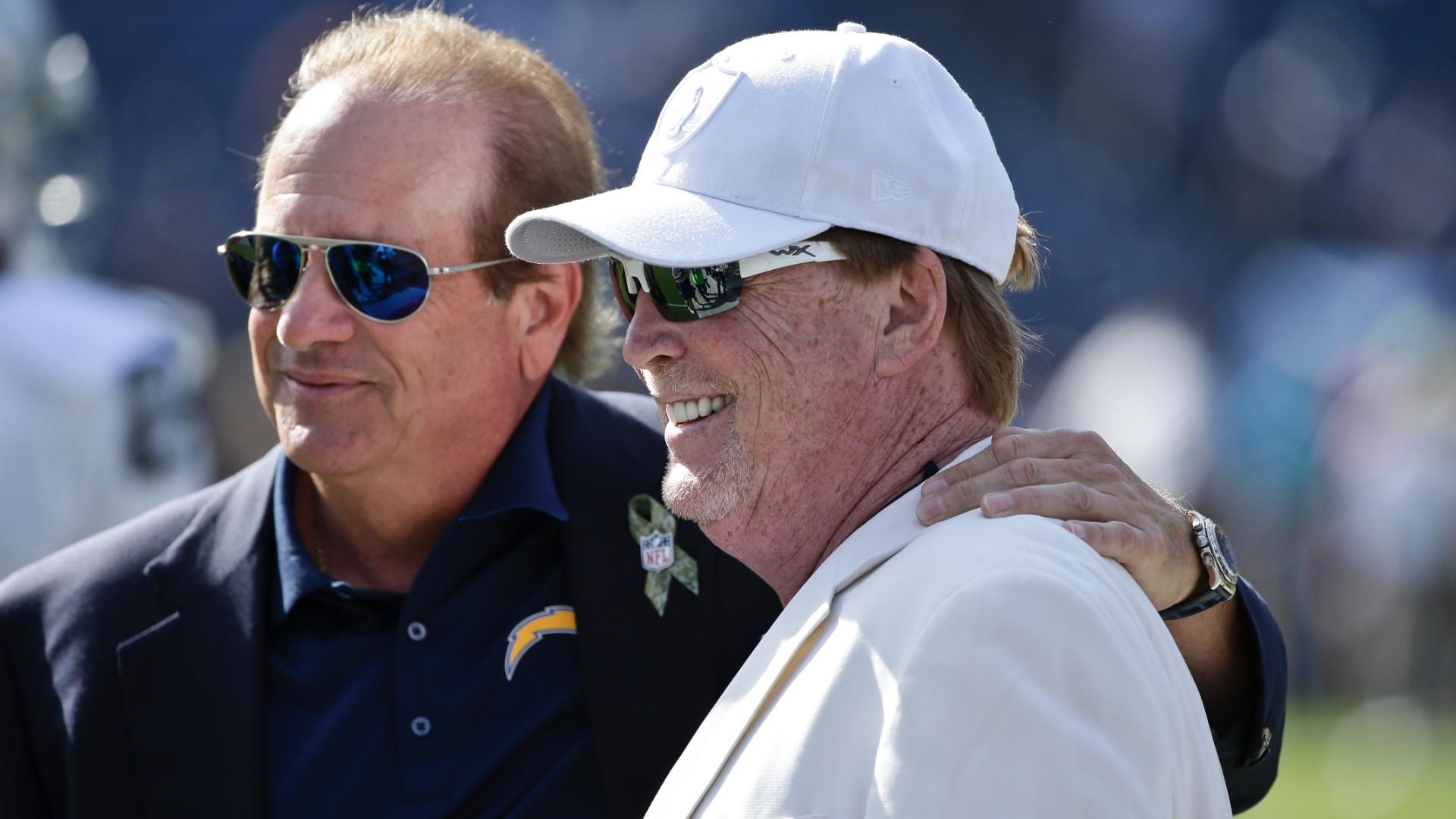