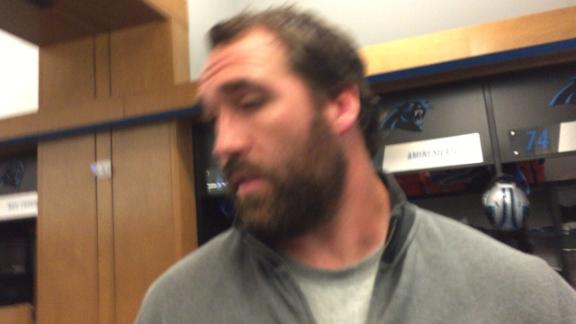 CHARLOTTE, N.C. --Carolina Panthers defensive end Jared Allen was miffed about the decision to rule him out of Sunday's NFC Championship Game against the Arizona Cardinals.

"Not happy, plain and simple," Allen said Friday. "I am ready to rock. It's a coach's decision. Got to live with it."

Allen, 33, suffered a fractured foot in Sunday's divisional win against the Seattle Seahawks. He said there was no danger of further damaging the foot and that he was convinced he could have played.

"I do what I do to get ready," Allen said. "Coach's decision. I've got to live with it and support my guys, be the best cheerleader I can be this week."

"He's very disappointed," Rivera said. "He took it hard. We've got to look at this going forward as far as what's best for the team is concerned on Sunday."

Rivera said earlier in the week the concern was if Allen suffered a setback early against Arizona, leaving Carolina with only three defensive ends.

The coach said there is a possibility Allen could be ready for Super Bowl 50 on Feb. 7 if the Panthers (16-1) beat Arizona (14-3). He made it clear this wasn't an easy decision based on Allen's desire to play in the title game for the first time in his 12 NFL seasons.

"The thing I have to look at is the realism of it, the type of injury it is," Rivera said. "There's a tremendous amount of desire. Let's be honest. That's who the young man is. He's such a competitor, such a warrior.

"I didn't do this lightly. I really thought about it from the time I found out about the injury after the game until the last couple of days and tried to weigh all the information."

Kony Ealy will start at right end for Allen. Ryan Delaire will be on the active roster for only the second time in the past two months.

Ealy started nine games during the regular season. He and Allen were the starters for seven games while left end Charles Johnson was recovering from a hamstring injury.

Allen was acquired by Carolina in a trade with Chicago after Johnson was injured in Week 3. Allen had only two sacks this season but played arguably his best game last week against Seattle.

He played the final two series against Seattle with the fracture and said he could have played Sunday.

"Absolutely," Allen said. "Get this one and trust these guys will get this one done, and I'll get to play in the ultimate show."

Allen disappointed he won't play
Panthers DE expresses his frustration in not being allowed to play in Sunday's NFC Championship game against the Cardinals, even saying that he could've played.

Rivera on Allen decision: 'I didn't do this lightly'
Panthers coach Ron Rivera breaks down his decision to bench Jared Allen for the NFC Championship Game, despite saying Allen had "a tremendous amount of desire." 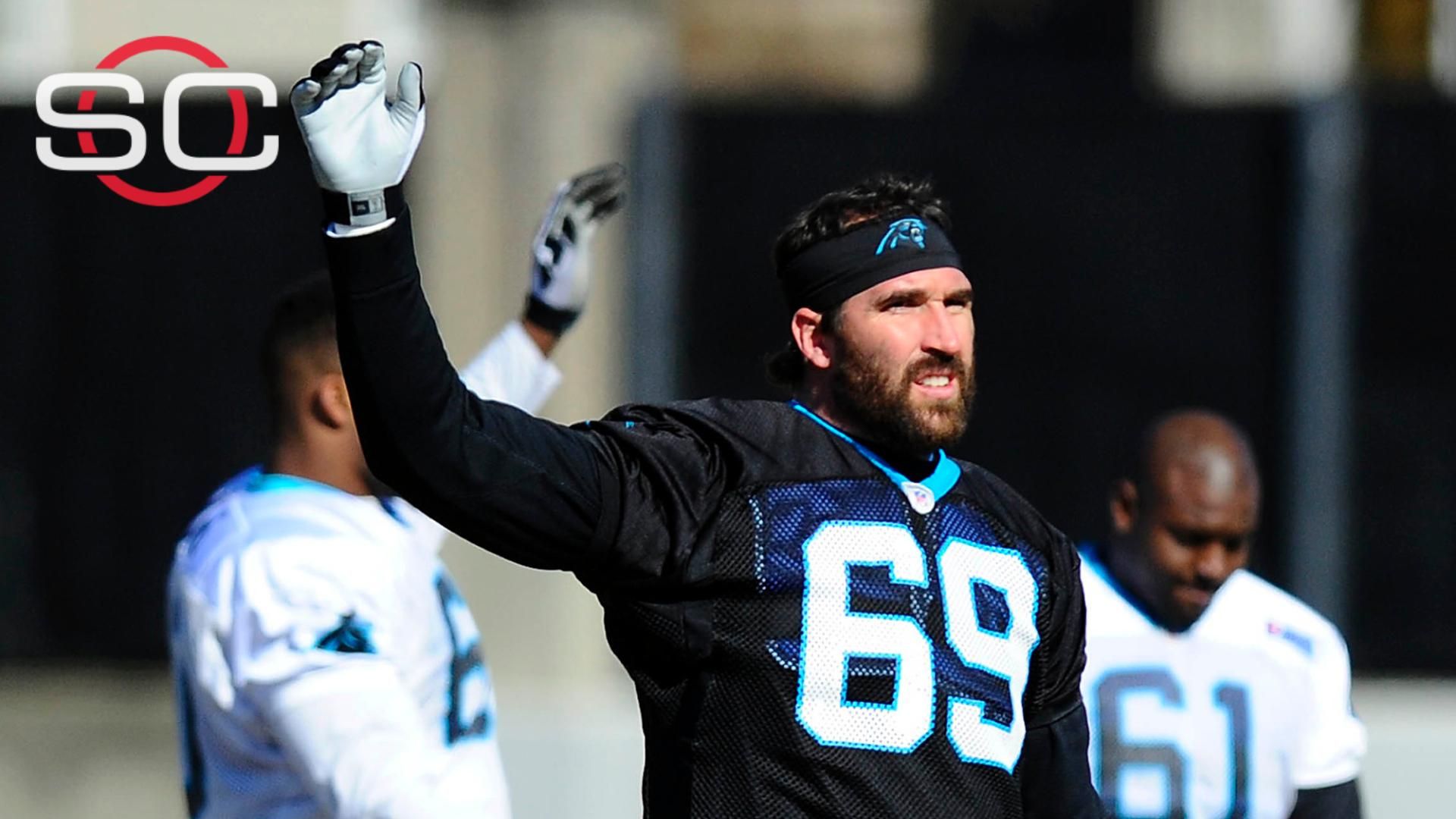