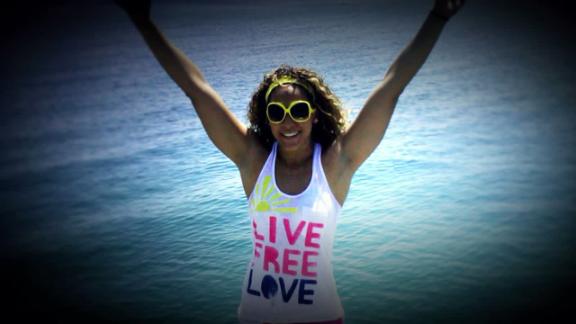 Two people who have been watching the events in Columbia, Missouri, this past week with keen interest are the parents of former Missouri swimmer Sasha Menu Courey -- Lynn Courey and Mike Menu.

Courey and Menu were made aware Tuesday that graduate student Jonathan Butler told ESPN he knew Menu Courey, and her experience at the University of Missouri was a motivating factor for him, which he shared with football players on Saturday before they boycotted.

"I knew I felt a connection to him," she said.

Sasha Menu Courey was a biracial Missouri scholarship swimmer who, according to an ESPN investigation last year, was allegedly sexually assaulted by one or more Missouri football players in the spring of 2010 during her freshman year. As she was attending counseling, she was removed from swim team activities in January 2011.

Menu Courey's mental health continued to spiral downward, and she was diagnosed with borderline personality disorder. She attempted to take her life in a Columbia motel in April 2011 and was involuntarily committed to the campus hospital.

According to hospital records, while under police guard and heavily medicated, Menu Courey was presented with a university withdrawal form by an athletic department official, which she signed, placing her athletic aid in jeopardy.

"I am supporting 100 percent the students and athletes from Mizzou," Courey said via text message. "The university needs to not only change but transform the way they support their students when they are struggling with racial assault or mental health issues, and not wait until they die by suicide or the media get involved before giving 100 percent support to their students."

At the time the ESPN investigation aired, former University of Missouri President Tim Wolfe responded swiftly and helped usher in policy changes in the University of Missouri system in regard to both sexual violence/harassment and mental health care. Courey and Menu said Wolfe has called them directly on multiple occasions.

"It's not Wolfe; it's that institution," Courey said Tuesday. "There's a lot more that needs to be done with this university to change the power structure."

During the university system's board of curators open session on Monday night, ESPN asked Wolfe how much of a factor the football team's boycott was on his decision to resign earlier that day.

"None," he answered. "I was considering all the implications of what was happening on our campus. Again, this decision was out of love. I love this place; I love this town; I love this university. ... It just didn't happen in the last couple days; it's been progressive."

"I really believe if the football team wouldn't have been involved, nothing would have happened." Courey said.

Menu added that the situation "should have been addressed before the football team got involved."

"It shows that things change when money is in play," he said. "It's the power of money. ... It's too bad, when can they make change for the sake of change and not just because money is at risk?"

Menu Courey was of French-Canadian and Haitian descent, and friends and family told ESPN that she began to self-identify more as black upon her arrival at Missouri and explore her Haitian background.

Former boyfriend and close friend Rolandis Woodland said Wednesday via text, "She felt at home and comfortable with her race at Mizzou."

Butler told ESPN that he and Menu Courey traveled in the same circles. Woodland, a former wide receiver for Missouri's football team, said he and Butler are fraternity brothers as well.

When asked whether he was aware of Menu Courey experiencing any racial incidents at Missouri, Woodland responded, "None that I know of. Everybody loved Sasha."

Nicole Noren is a producer for ESPN's Enterprise and Investigative Unit and can be reached at Nicole.K.Noren@espn.com and on Twitter at @nicole_noren. ESPN.com senior reporter Liz Merrill contributed to this report.