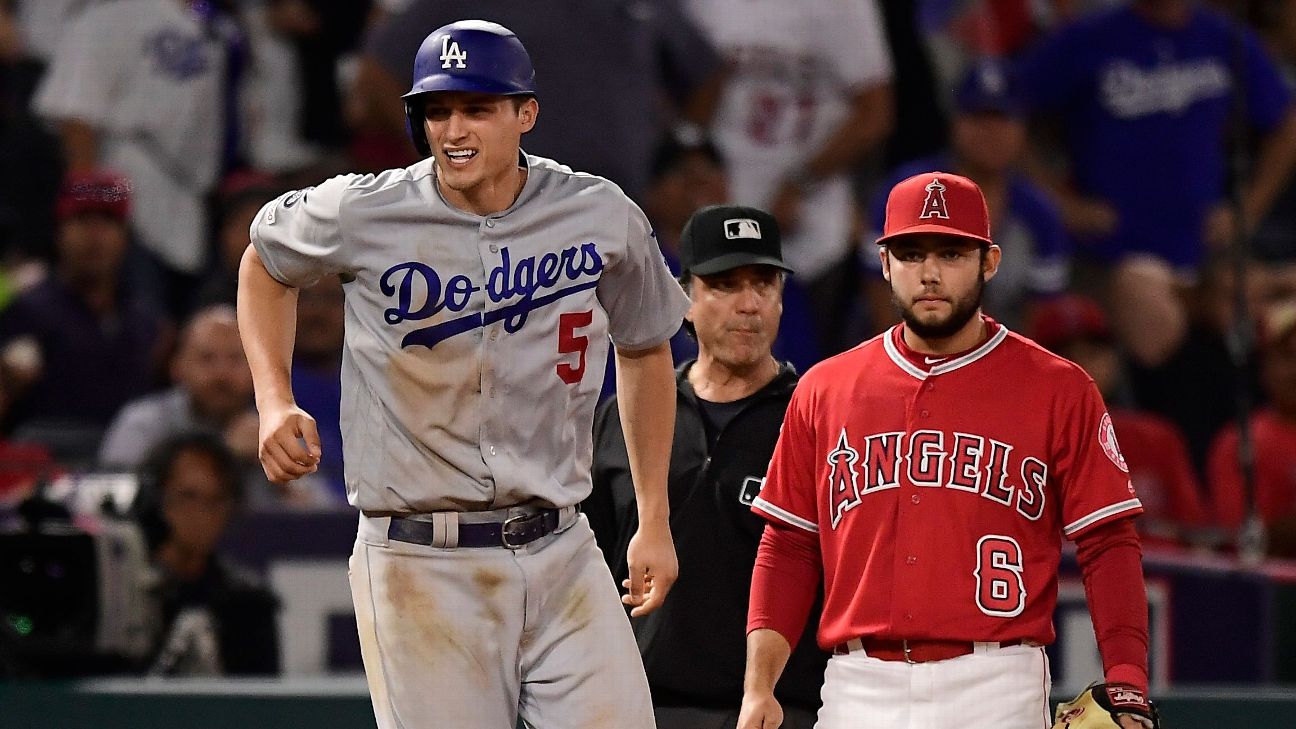 LOS ANGELES -- The Los Angeles Dodgersplaced shortstop Corey Seager on the injured list Thursday with what an MRI revealed to be between a Grade 1 and a Grade 2 strain of his left hamstring.

Seager injured his hamstring while trying to score from second base in Tuesday's ninth inning. The initial fear from Dodgers manager Dave Roberts was that the strain was "2-plus," but tests revealed something a little milder. The 25-year-old might still spend about a month rehabbing the injury, but his timeline will depend on his day-to-day progress.

"We are where we are," Seager said. "The worst part about these is it's so hard to put a timetable on them. It could feel really good tomorrow and it gets quicker, or it could linger for a while."

Seager spent most of the 2018 season recovering from Tommy John surgery and also underwent an arthroscopic procedure on his hip. He got off to a slow start this season but was batting .425/.465/.675 in June before succumbing to another injury.

Chris Taylor, who had been platooning in left field with Joc Pederson, will probably take the bulk of Seager's at-bats at shortstop, especially against right-handers.

To fill Seager's spot on the active roster, the Dodgers activated infielder Matt Beaty on Thursday, right before a four-game series against the visiting Chicago Cubs.

Roberts said Seager's prognosis was "maybe a tick better," but cautioned against that by noting that Seager was still experiencing soreness. It might take at least a week for the swelling to subside and for Seager to begin the rehab process in earnest.