It was announced Wednesday that Williams, who took time off for maternity leave, will be ranked 25th during the British Grand Slam despite currently being ranked 183rd in the world. Wimbledon usually follows the latest rankings but can make a change if "necessary to produce a balanced draw."

The superstar tennis pro returned to the sport in March. In May she played in the French Open but was not seeded because she had fallen to 453rd in the world while she was gone. She pulled out of that tournament in the fourth round because of an injury.

As Wimbledon approached, she petitioned for the All England Club to take maternity leave into account.

"Unfortunately, in the '90s they changed the rule whereas if you were injured (and) then you came back, you lose your seeding," Williams told Good Morning America before the ruling. "But they never took into account women that left No. 1 (because of pregnancy) and left not for an injury, but to have a great life and not give up tennis, but to come back."

Williams had said before the ruling that the idea of the sport changing the way maternity leave is treated is bigger than her.

"I think and I hope -- and it should be under review -- to change these rules. Maybe not in time for me, but for the next person," she said. "Maybe she's 25 and she wants to have a baby, but she doesn't want her career to be over. She wants to continue to play."

Williams, who was ranked Number 1 in the world before her leave, has won in London seven times in the past 16 years.

It's hard to believe it's been 16 years since my first title in London. What I remember most from that day is the genuine happiness and support from my competitor, big sister and best friend @Venuseswilliams. pic.twitter.com/s23uz10FSV

John McEnroe, who is on the seeding committee, was among the fellow tennis legends who spoke out in Williams' favor before the ruling.

"I don't think there would be a player that would complain, especially the top ones, if she was one of the top eight," he said. "Why in the world would they want to play her in the first, second, third round? Nor should they, in my opinion."

Competitor Caroline Wozniacki and U.S. Tennis Association President Caroline Katrina Adams were also among those who voiced support for Williams.

Not everyone was in support of giving Williams a better seed, however. The change puts Dominika Cibulkova, who had been ranked 32nd, into the open draw.

"I don't think it's the right thing to do," Cibulkova told BBC before the ruling. "I think it's just not fair."

Williams welcomed her daughter, Alexis Olympia Ohanian Jr., with husband Alexis Ohanian in September. Since then mom and dad have created an Instagram account for her. 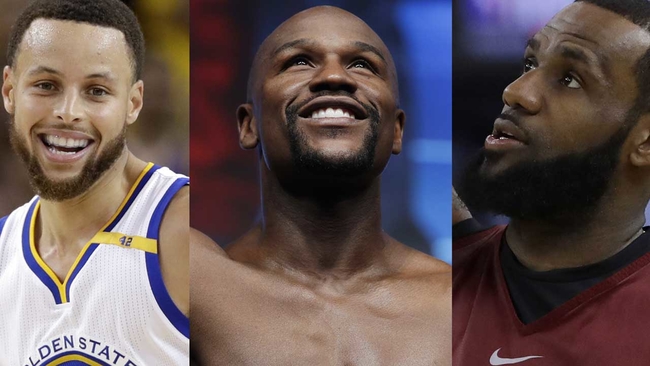 Serena Williams' smashed tennis racket to be sold at auction

Watch the Super Bowls ads that got people talking