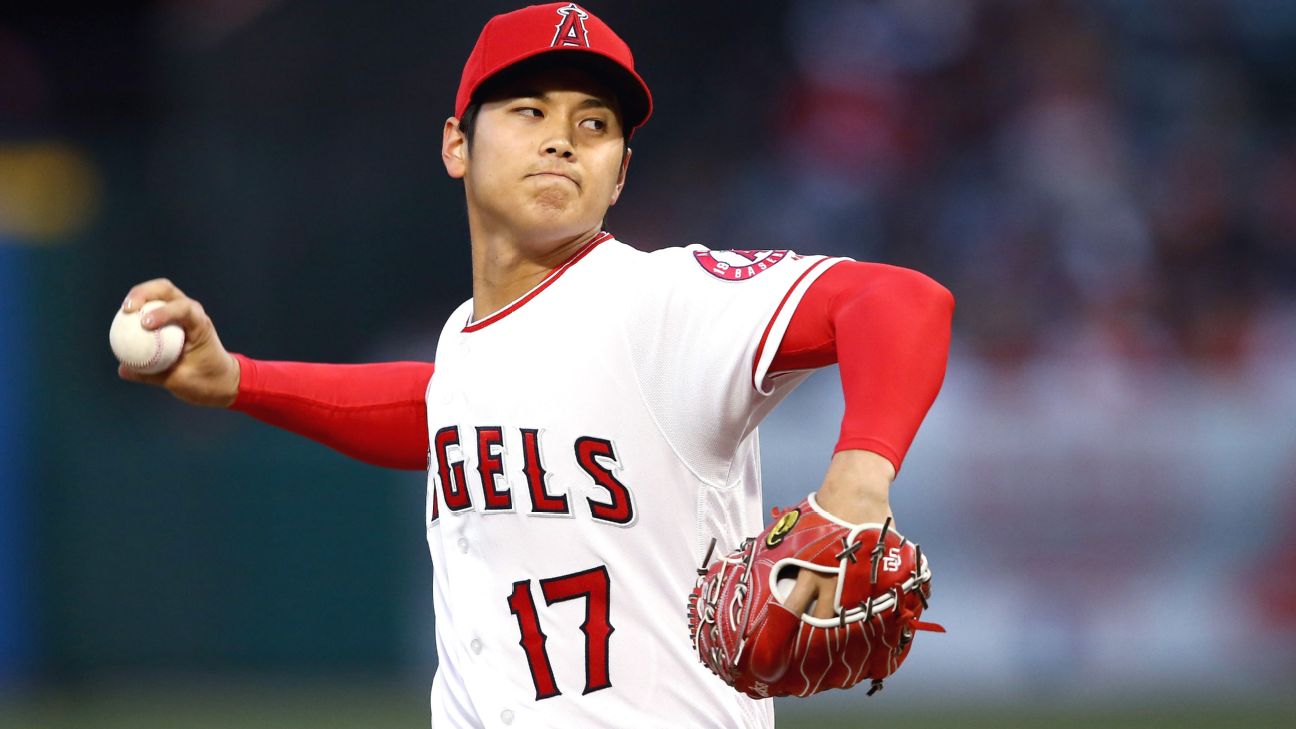 ANAHEIM, Calif. -- Shohei Ohtani will have his upcoming scheduled start pushed to this weekend after he sprained his left ankle on Friday.

The Los Angeles Angels' two-way sensation was slated to pitch Tuesday against Baltimore, but manager Mike Scioscia said Sunday that he instead expects Ohtani to start during a three-game series at Seattle that begins Friday.

"We're targeting Shohei to pitching somewhere on the weekend in Seattle, just to make sure this is behind him and he gets the proper workout to test it more, instead of rushing him and trying to see where he is on Wednesday," Scioscia said. "It's the best course of action for Shohei and for us."

Ohtani played catch before Sunday's game, and Scioscia said he was available to pinch hit in the Angels' 2-1 loss to New York on Sunday night. Ohtani will likely be in the lineup against Baltimore.

Ohtani is 2-1 with a 4.43 ERA. The Japanese star won his first two major league starts against Oakland but went just two innings because of a blister against Boston and gave up four runs in 6 1/3 innings on Tuesday at Houston.