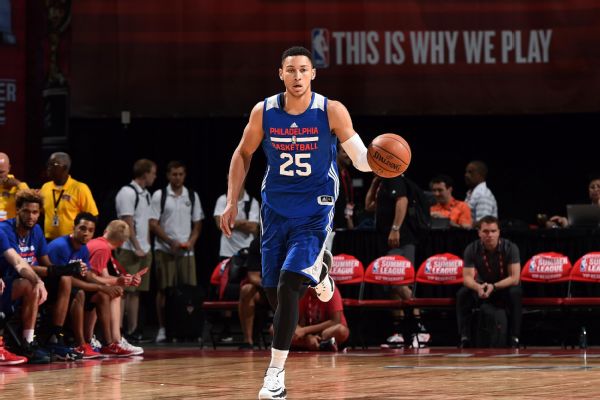 Ben Simmons has a broken bone in his right foot, and it's unknown how long the No. 1 overall pick will be sidelined for the Philadelphia 76ers.

Simmons was injured Friday during the final training camp scrimmage at Stockton University in New Jersey.

The Sixers said Simmons rolled an ankle, and X-rays and an MRI revealed a fractured fifth metatarsal.

In almost all cases, the fracture of the foot's fifth metatarsal is known as a Jones fracture, according to ESPN medical analyst Dr. Mark Adickes. Athletes with this injury typically undergo surgery.

The estimated time frame for a full recovery from this surgery is around eight weeks, according to Adickes.

Simmons, a forward from Australia, played one season at LSU. He missed time early during his stay with the Tigers while waiting for an ankle injury to heal, and he left an NBA Summer League contest in July after suffering cramps in both legs.

Simmons' injury is the latest blow to a franchise that has been beset in recent years by injuries. Joel Embiid, the No. 3 overall pick in 2014, has yet to play because of surgeries on his right foot. Nerlens Noel missed his rookie year in 2013-14 with a torn ACL. Jahlil Okafor had his rookie season in 2015-16 cut short with season-ending surgery on his right knee. He sat out practices this week because he still experienced soreness in the knee.

It has become a bit of a theme in Philly the past few seasons, ending with last season's 10-72 mark that earned the 76ers the No. 1 pick.

Embiid took to his Twitter account Friday night to reference the team's mantra under former Sixers general manager Sam Hinkie, who abruptly stepped down from his post in April.

Simmons became an instant fan favorite before he ever played a game, and expectations were high that he was the cornerstone player who eventually could help turn the Sixers into playoff contenders.

"It means a lot, just to see people wearing my jersey around Philly -- it's kind of weird," he said this week. "I'm just looking forward to hopefully giving back to Philly."

He'll have to wait.

Simmons was scheduled to start for the Sixers in their preseason opener Tuesday against Boston.

Simmons, a 6-foot-10, 250-pound forward, was Philadelphia's first No. 1 overall pick since it drafted Allen Iverson in 1996. Iverson led the Sixers to their last NBA Finals appearance in 2001.

Coach Brett Brown planned to use Simmons all over the court, even at point guard. Simmons impressed his teammates with just one week of NBA training camp.

"I never played with somebody [like him]," forward Dario Saric said at training camp. "Everybody puts pressure on him, but I think he'll handle this."

Simmons averaged 19.2 points, 11.8 rebounds and 4.8 assists per game at LSU, the only SEC player ever to finish in the top five in all three categories. But the Tigers were only 19-14, failing to make the NCAA tournament.

Simmons, who grew up in Australia before moving to Florida for three years of high school at Montverde Academy, signed a $20 million sneaker deal with Nike before the draft.

He never demonstrated he could make jump shots consistently, rarely shooting from outside and going only 1-of-3 from 3-point range all season. He also exhibited an inclination to pass rather than create his own shot in the late stages of close games.

Simmons also had academic issues that made him ineligible for the Wooden Award, which is presented to the nation's top college player.

On Monday, Simmons spoke with reporters at 76ers media day about his new strength regimen that saw him gain around 33 pounds since leaving LSU.

"I'm a lot stronger [now]," said Simmons, who was listed at 240 pounds while at LSU but said Monday that he weighed 217 before the June 23 draft. "I'm at the point where I want to cut down a little bit and play at a nice weight. Physically just being out there, guys are a lot stronger than in college, but I'm also a lot stronger than I was in college, so it's just about taking hits and bumps or whatever it is and finishing at the rim." 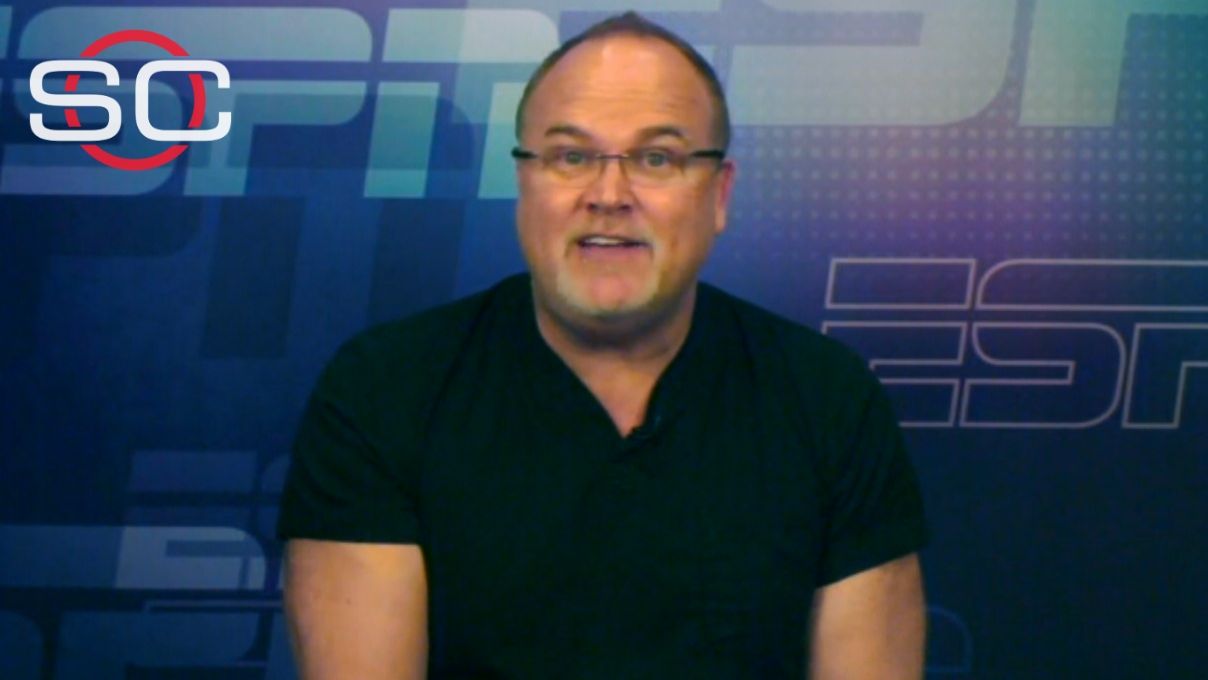