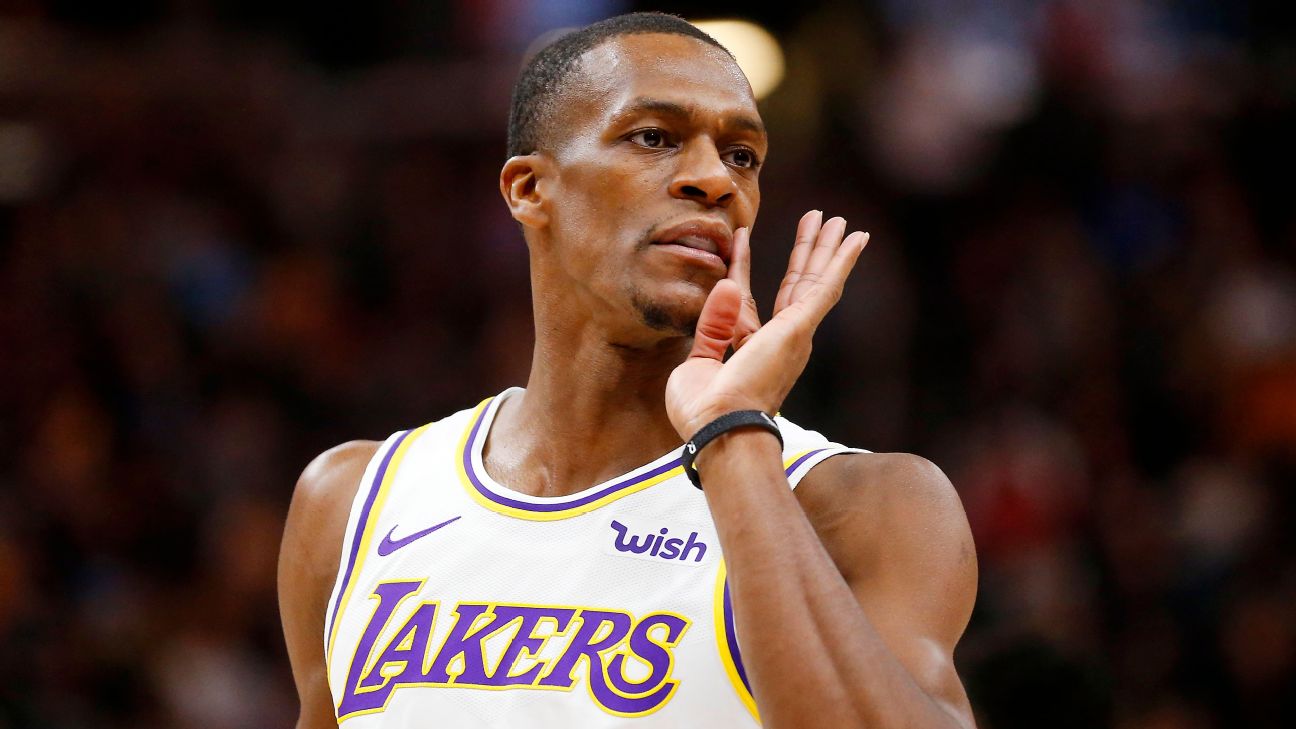 Rondo will travel to Florida on Wednesday, according to Vogel. A league source told ESPN that Rondo would continue his rehabilitation closer to the league's setup at the ESPN Wide World of Sports Complex.

The 34-year-old point guard discovered the injury after the Lakers' second practice on July 12 at the outset of training camp for the season restart. He left the team and underwent successful surgery July 16 and the team projected a six-to-eight-week timeline for recovery.

The coach did not provide an updated timeline for Rondo. He previously said he hoped to get Rondo back cleared "somewhere around the first, second round of playoffs," adding, "We're very confident that he'll be able to get back and be a major factor for us in our playoff run."


According to NBA protocol, Rondo would have to quarantine for four days upon returning to the bubble, as long as he returns negative tests for at least seven consecutive days preceding his reentry date.

Rondo is averaging 7.1 points, five assists and three rebounds this season. He has appeared in 48 games for Los Angeles and has started in three.

The Lakers clinched the No. 1 seed in the Western Conference with a 116-108 win over the Utah Jazz on Monday. Vogel said he would not start resting his starters -- including in upcoming back-to-back games Wednesday and Thursday against the Oklahoma City Thunder and the Houston Rockets-- with playoff positioning already locked up.

"We still have a lot of areas to continue to improve before we feel like we're ready to win games in the playoffs and to be at the level that we want to reach," he said. "So for us, we're still in habit building mode and continuing to just iron some things out. We're not quite where we were, in my opinion, when the hiatus hit, so our mindset is to continue to play our guys and to get there."
Report a correction or typo
Related topics:
sportsespnnewsnbalos angeles lakersrajon rondo
Copyright © 2020 ESPN Internet Ventures. All rights reserved.
More Videos
From CNN Newsource affiliates
TOP STORIES