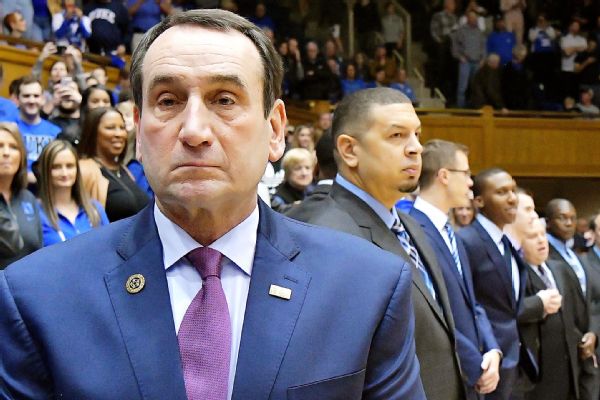 Duke coach Mike Krzyzewski, on the mend after back surgery, held a meeting at his house Tuesday night in which he informed players that they were temporarily kicked out of the locker room and also forbidden from wearing Blue Devils apparel, sources told ESPN.

Sources told ESPN that Krzyzewski has employed this tactic multiple times in the past.

"He wasn't happy," said one source close to the situation. "Especially after the loss to NC State."

Asked how long the penalties would last, a source close to the program said: "Until they start living up to the standards of the Duke program."

After the meeting, the players held a separate players-only meeting, a source told ESPN.

"He needs to do more than just take away their jerseys," added another source close to the program. "There are bigger issues that need to be addressed."

When asked about the situation on 99.9 The Fan radio on Thursday, acting coach Jeff Capel said:"Really can't speak on it. Disappointing when stuff that's supposed to stay in the locker room gets out."

The loss to the Wolfpack was the third defeat in the past four games for the Blue Devils, who blew a late lead in the game that resulted in Duke's first home loss to NC State since 1995. The Blue Devils were the preseason favorite to win the national title, but they have struggled -- even after getting everyone back healthy.

Freshmen Harry Giles, Jayson Tatum and Marques Bolden all missed the beginning of the season. Grayson Allen was suspended one game by Krzyzewski for his latest tripping incident. Veteran Amile Jefferson has also missed time.

Duke, however, has still struggled since Jefferson's return from a two-game absence due to injury. After a first half against Miami in which Duke trailed by 11 points, Capel sat starters Luke Kennard, Allen and Giles. The team responded with a strong second half that resulted in a victory.

The Blue Devils are 2-3 overall since Krzyzewski took a leave of absence.

Duke will play at Wake Forest on Saturday. 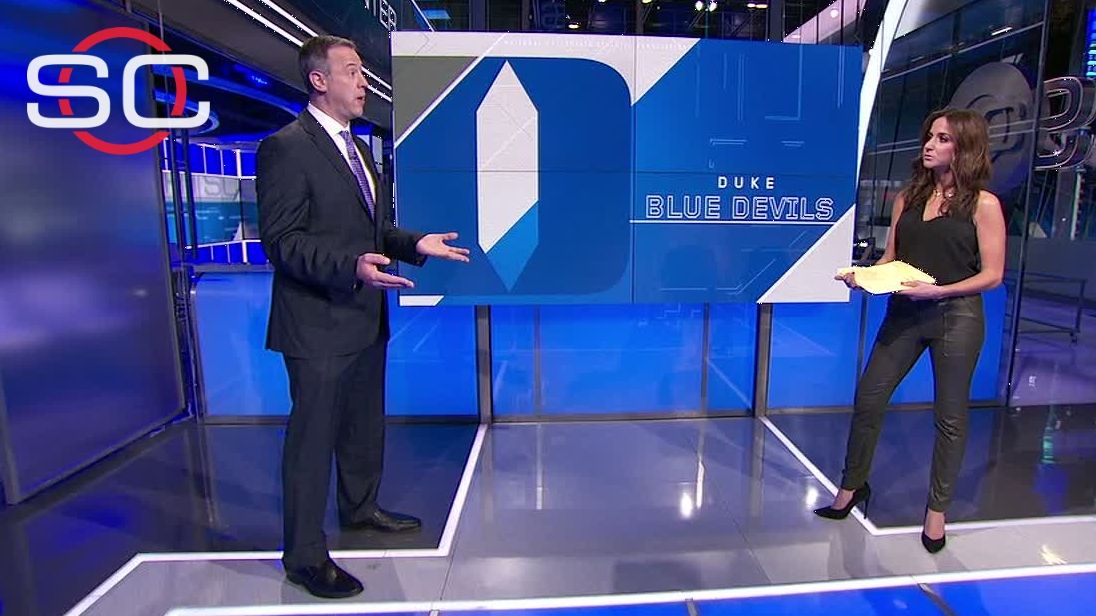 Coach K trying to light a fire under his players
Jeff Goodman describes the issues affecting the Duke's men's basketball team that resulted in Mike Krzyzewski banning the players from the locker room and wearing team apparel. 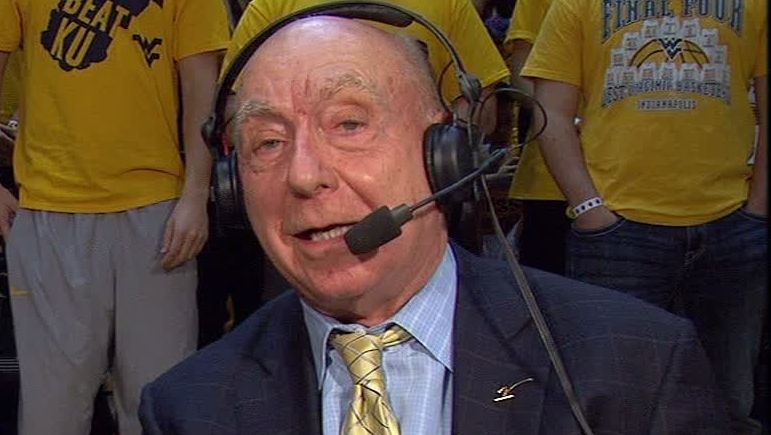