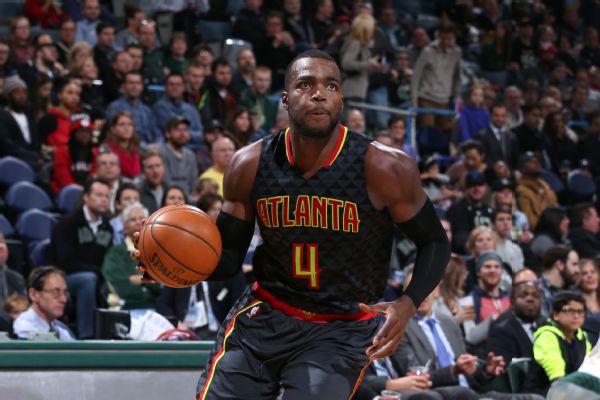 The Atlanta Hawks have abruptly decided to halt their attempts to trade All-Star forward Paul Millsap, according to league sources.

Sources told ESPN that the Hawks, after signaling to a number of teams that they were ready to trade Millsap and fellow pending free agents Kyle Korver and Thabo Sefolosha, made it known Monday that they are pulling back after completing a trade with the Cleveland Cavaliers for Korver.

The fact that Atlanta has managed to put together a season-high-tying winning streak of six games in the midst of all the recent trade speculation has likely contributed to the Hawks' sudden reluctance to talk trades. Yet it remains to be seen, with the NBA's annual trade deadline on Feb. 23 still 45 days away, whether the Hawks will hold firm with their new stance on Millsap or decide once again to reconsider their trade options.

ESPN first reported on Jan. 1 that the Hawks were inviting offers for the likes of Millsap, Korver and Sefolosha.

On Saturday, Atlanta acquired a 2019 first-round pick from Cleveland, along with Mike Dunleavy and Mo Williams, in exchange for Korver.

That same night, Millsap told ESPN in Dallas that he hoped he wouldn't be the next to go.

"It's tough, but being in the league for 11 years, there's going to be a lot of rumors," Millsap said. "Who's to say they're true or not? But whatever happens, you gotta just be prepared for it."

ESPN reported Friday that the Hawks were hopeful of securing at least one quality future first-round pick at the heart of any trade package they received for Millsap, but it's believed they were having difficulty finding that kind of return for the 31-year-old because of Millsap's looming free agency.

Earning $21.5 million in the second-to-last season of his current contract, Millsap is widely expected to opt out of that deal and become a free agent July 1, since he's likely to attract offers from teams in the $150 million range.

Toronto, Denver and Sacramento, sources said, are among the teams that had expressed fresh interest in trading for Millsap.