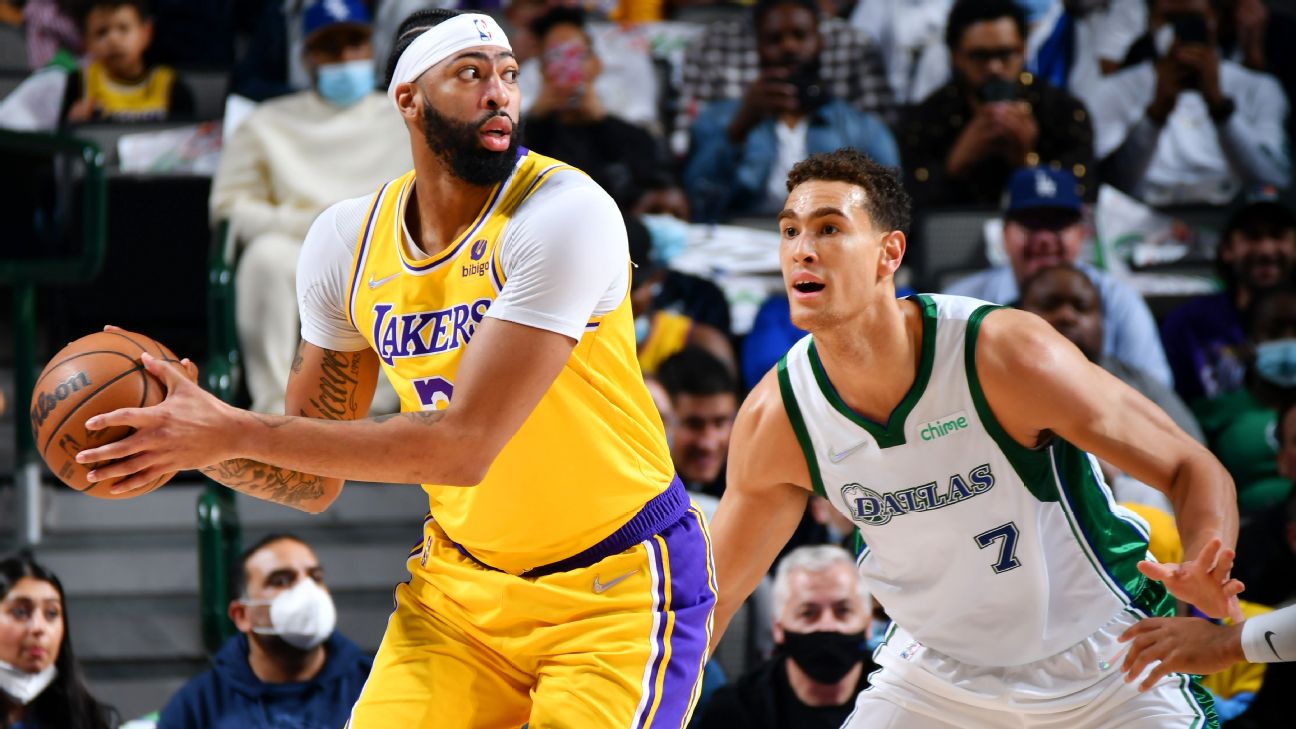 LOS ANGELES -- Anthony Davis participated in an individual on-court workout on Friday, four weeks to the day since spraining the MCL in his left knee. There is optimism within the Los Angeles Lakers organization that the star big man could return to game action sometime during L.A.'s long road trip at the end of the month, sources told ESPN.


He suffered the injury on Dec. 17 when the Minnesota Timberwolves' Jaden McDaniels collapsed into his left knee. An MRI administered the following day revealed the sprain.

Davis, who missed 36 of the Lakers' 72 regular season games last season because of various injuries, said he was in "good spirits" immediately following the diagnosis because things could have been worse.

"Just thinking to myself that this is another journey of being able to get my mind, body right," Davis said on Dec. 19. "So, use this time to get fully healthy and come back better than ever."

Davis has missed the Lakers' last 12 games and the team went 5-7 in that stretch.

L.A. has three more games -- at Denver on Saturday, home against Utah on Monday and home against Indiana on Wednesday -- before its six-game Grammy Awards road trip begins in Orlando next Friday.

Davis has been practicing with a bulky brace on his left knee but has been "moving well" during his workouts, sources told ESPN.

LeBron James has stepped up in his absence -- scoring 30-plus points in 11 of the his last 12 games to draw within 0.6 points per game away from Brooklyn's Kevin Durant as the league's leading scorer -- but the wins haven't followed.

The Lakers have dropped two straight, their most recent letdown coming in a 125-117 road loss to the Sacramento Kings on Wednesday.

Vogel said L.A. had a "spirited" film session Friday to address the Sacramento loss before the team's flight to Denver.

"All the breakdowns of the Kings game," Vogel said when asked what the film session entailed. "Gave up 70 points in the paint. You're not going to win if you do that. So called every single one of them out and showed all the ways they can be better."
Report a correction or typo
Related topics:
sportsespnnewsanthony davisnbalos angeles lakers
Copyright © 2022 ESPN Internet Ventures. All rights reserved.
TOP STORIES
3 local teens identified as victims in fatal Pasadena crash
Missing diver's body found off Huntington Beach coast
Arrests in fatal stabbing of man who tried to break up fight in LA
Omicron surge hasn't peaked nationwide: US surgeon general
LA Zoo honors Betty White on her 100th birthday
Dozens of LAX flights delayed, canceled due to East Coast storm
Stafford, Murray seek first playoff wins when Cardinals visit LA
Show More
1 killed in fiery multi-vehicle crash on 105 Freeway in Paramount
LA holds free COVID-19 testing instead of MLK Day parade amid surge
MLK Day: Physicians reflect on efforts to combat health care inequity
Nurse dies days after being attacked at DTLA bus stop
Scattered showers expected to continue throughout SoCal on Monday
More TOP STORIES News