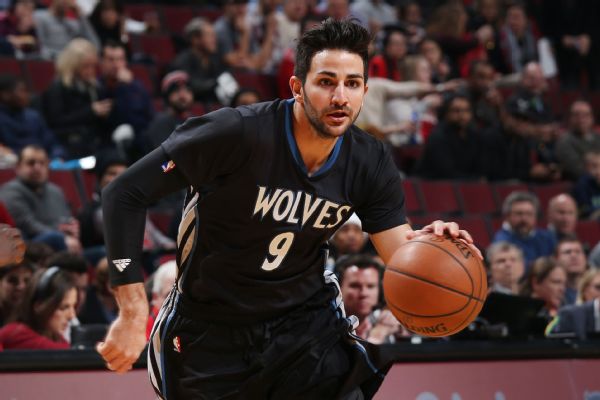 The Minnesota Timberwolves and Detroit Pistons have discussed a potential swap of point guards Ricky Rubio and Reggie Jackson, according to league sources.

Sources told ESPN that no deal appeared imminent Friday but said the teams have engaged in dialogue this week on a potential multiplayer exchange that would be headlined by Rubio and Jackson.

The NBA trade deadline is Feb. 23.

The Wolves have been openly trying to move Rubio for some time and reportedly are willing to attach swingman Shabazz Muhammad to offers featuring the veteran Spanish point guard.

Although he's in just the second year of a five-year, $80 million contract, Jackson is widely believed to be available via trade in the wake of Detroit's recent 9-14 struggles. The Pistons went 11-10 to start the season while Jackson was out with a left knee injury.

Rubio has two seasons left on his contract after this season -- valued at $29.2 million -- compared to Jackson's three remaining seasons.