Sources: Zlatan Ibrahimovic's deal could be MLS record, worth up to $7.5M 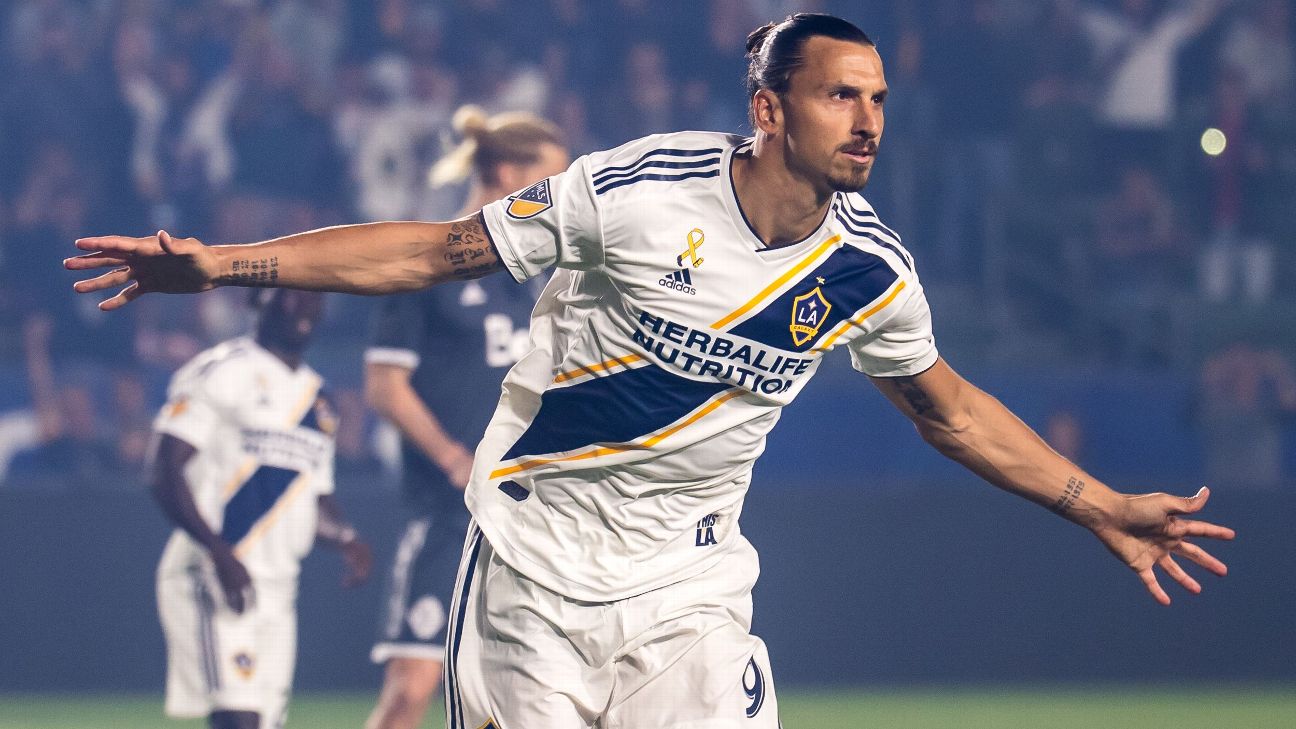 Zlatan Ibrahimovic's new deal with the LA Galaxy could end up being the biggest payday in MLS history.

The Galaxy announced Ibrahimovic's signing earlier this weekwithout revealing terms, but multiple sources with knowledge of the contract told ESPN FC that he'll be paid between $7 million and $7.5 million in 2019.

That constitutes a considerable raise from the $1.5 million the Swede earned in 2018, a season that saw him score 22 goals and add 10 assists in 27 games and be nominated for the league's MVP award. His goal tally was the second most in the league behind the 31 goals scored by eventual league MVP Josef Martinez of Atlanta United.

If Ibrahimovic's compensation ends up even in the middle part of the range, he will hold the record in both categories.

There had been reports that Ibrahimovic, 37, was willing to return to AC Milan in a bid to improve his salary, but the forward ultimately re-signed with the Galaxy.

"There was a lot of talks, a lot of rumors, a lot of whispers around. But actually I never left," Ibrahimovic said in a video posted on the Galaxy's website when he signed Tuesday. "I stayed here, and like I said, I'm not finished yet with the MLS. I'm still not satisfied with the outcome. I have things still to do.

"I see my first year as warming up, and I think that my second year will be different. Now I know the league, I know my opponents more, even if they've known me since day one, I know how to handle it better now and I know what to do. The first year was a warming up, this year, I come to finish it."

The Galaxy will begin the 2019 season on March 2 with a home match at the soon-to-be-renamed Dignity Health Sports Park against the Chicago Fire.

Zlatan: I'm not finished yet with MLS - Via LA Galaxy
In his first interview since re-signing with the LA Galaxy, Zlatan Ibrahimovic discusses his decision to stay in MLS and lays out his goals for 2019.

Will 2019 format changes improve MLS Cup Playoffs?
The FC crew weigh the pros and cons of the changes to the MLS playoff format, including single-elimination, more teams and no international break.

Zlatan puts an end to rumors, set for LA Galaxy stay
With Zlatan Ibrahimovic set to stay with LA Galaxy, the FC crew examine the magnitude of the decision for the player, club and MLS as a whole.