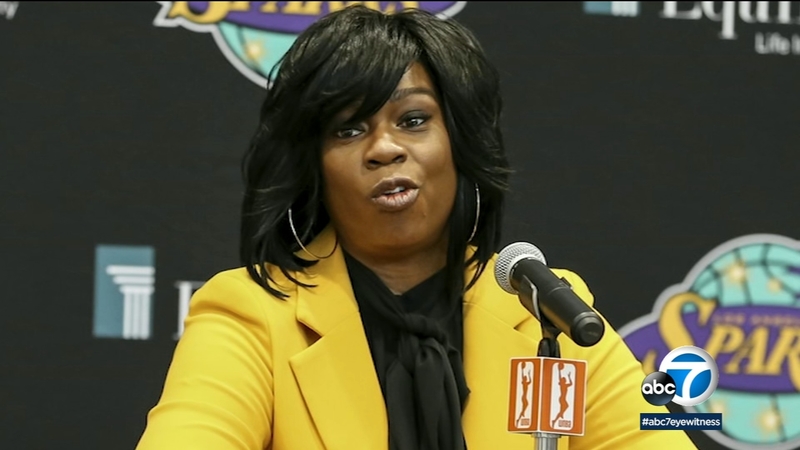 LOS ANGELES -- The Los Angeles Sparks fired general manager Penny Toler on Friday, a move that followed a postgame tirade when the team lost Game 2 in the second round of the WNBA playoffs.

The team said Eric Holoman, the team's managing partner and governor, will replace Toler as GM and executive vice president on an interim basis while a national search is conducted.

The Sparks finished atop the Western Conference with a 22-12 regular-season record. But they were swept in three games by the Connecticut Sun in the postseason.

ESPN reported Thursday that Toler entered the Sparks' locker room after the loss on Sept. 19 and launched into an obscenity-laced speech that included racial slurs. Toler, who is black, acknowledged using the slurs but told ESPN they weren't directed at any of the players. She also said she shouldn't have used racial slurs.

MORE: Racial epithets, a star benched and a coach questioned: Inside the L.A. Sparks' chaotic finish

The WNBA said Thursday that it was investigating her locker room speech.

In Game 3 of that series, first-year coach Derek Fisher benched the entire starting five near the end of the third quarter, including Candace Parker, Nneka Ogwumike and Alana Beard. ESPN reported that the decision may have had to do with Toler's comments after Game 2.

Holoman thanked Toler for her tenure with the team that included 20 years as GM. The Sparks won the WNBA championship in 2001, '02 and '06.

Toler played for the Sparks from 1997 to 1999 and scored the first basket in WNBA history. After retiring in 1999, she immediately became GM and began assembling the roster that led the Sparks to their first league title in 2001.