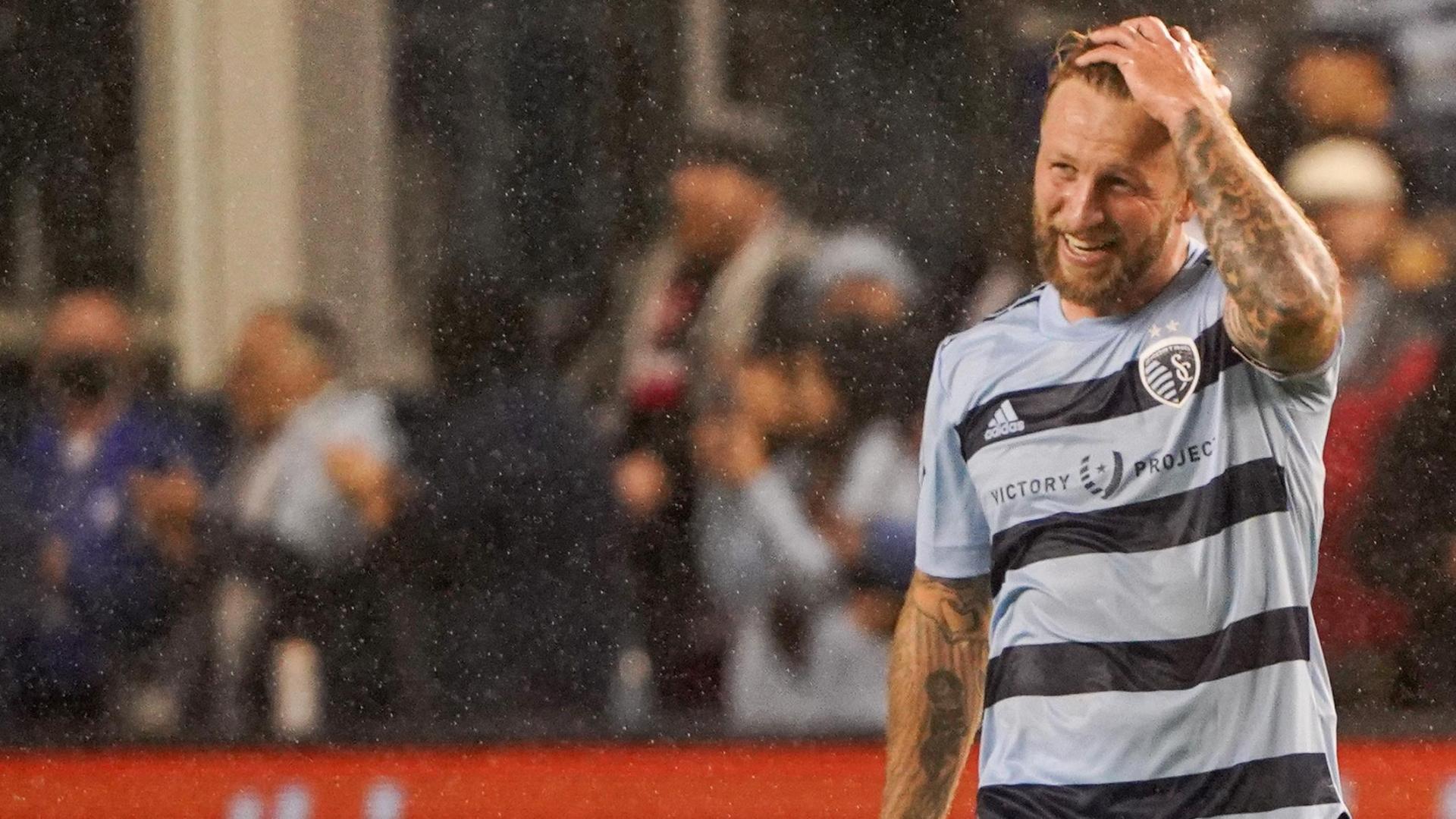 Johnny Russell scored a goal in each half as Sporting Kansas City defeated the LA Galaxy 2-0 on Wednesday night in Kansas City, Kan., and took over first place in Major League Soccer's Western Conference.

Sporting K.C., who are now tied on points with the Seattle Sounders, sit in first place thanks to a superior goal differential. Kansas City (17-7-7, 58 points) also clinched a home playoff match in the MLS Cup playoffs.

Russell's second goal, in the 82nd minute, was almost identical to the one he scored in the first half. He gained possession just outside the box on the right side. After slipping past a defender, he fired it past Galaxy keeper Jonathan Bond. The only difference was the foot he used, as he used his off foot in the first half.

Sporting have a game in-hand with both Seattle and the third-place Colorado Rapids, who remained on 55 points after a 1-0 loss at New England earlier Wednesday night.

The sixth-place Galaxy (13-12-7, 46 points) missed a chance to gain ground in their playoff push. They are one of five teams within three points in the race for the final three playoff spots in the West.


The Sporting back line of Andreu Fontas, Nicolas Isimat-Mirin, Luis Martins and Graham Zusi built a wall in front of John Pulskamp, who was in goal. Pulskamp replaced Tim Melia, who was serving a one-game suspension for a violent foul in SKC's match against Seattle on Saturday night. Pulskamp faced only nine shots all night, only two on goal.

Sporting nearly got on the board in the second minute as Ilie Sanchez hit the left post from close range. Sporting couldn't gain any traction in the first half, even though they had more scoring chances.

But Russell grabbed a loose ball on the right side of the box in the 40th minute. He dallied for a moment, eluded a defender and then fired it past Bond with his right foot.

The first half was played in a steady, hard rain.