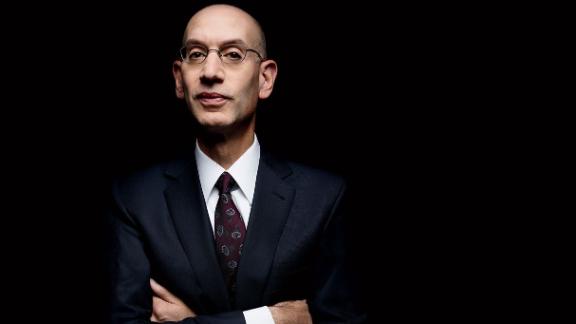 The former commissioner said he is thrilled with how his successor has done in his place, and supported Silver's desire for Congress to adopt a federal framework to change the laws on sports betting and allow states to legalize, regulate and monitor sports betting outside of Nevada.

"I agree with Commissioner Silver that it's time," Stern said at the 14th annual Cal Ramsey Distinguished Lecturer Series in Sports Management at New York University. "Especially in the day and age of fantasy [sports], daily fantasy [leagues]. ... It's still a game of skill and has its own set of issues with algorithms and bet large sums, but it's time."

Stern, who retired last February after three decades overseeing the most successful period in NBA history, said one of his chief concerns with legalized gambling is whether it will "change the nature of our game."

"Because fans don't walk out of the Garden saying, 'Oh my God, it's too bad the Knicks won but they didn't cover [the betting line],'" Stern said. "But now there is so much written, done, daily fantasy [leagues], etc."

"I think it was clear where we were heading," Stern added later when asked to elaborate. "The course was set. But it was left for Adam to make a direct statement of where it was going, and I think he did the right thing and I am very supportive of that."

Stern, who was enshrined in the Naismith Memorial Basketball Hall of Fame last summer and has been staying busy as the CEO of DJS Global Advisors, said he is proud of how his protg has handled the job thus far.

"I just think that when [the Sterling recordings] became public, Adam had to act swiftly and decisively," Stern said. "And I think he did."

"He is doing a great job," Stern added. "He is entitled to it. He was with me for 22 years in five different positions but he always reported to me. As I told the owners, he is ready, and he has proven it for the first year of his commissionership by 110 percent."

Stern is confident that the NBA's future, including any potential labor strife, will be handled deftly by Silver. The NBA recently signed a nine-year, $24 billion TV deal that will begin in 2016. The players can opt out of the NBA's collective bargaining agreement after the 2016-17 season.

"Me, worry? I'm not worried," Stern said when asked whether he is worried about another potential labor dispute. "Adam is focusing on it. I am sure he will work it out. I think the system is working so well, by the time this agreement is opened or not, the players' salaries will be like near double. So it is a system that has worked great for owners and players alike."

Stern said he has yet to meet Michele Roberts, the new National Basketball Players Association executive director, but that "she seems to have the best interests of her players very much in heart."

"And I share her agenda of making sure the players are fairly treated," Stern said.