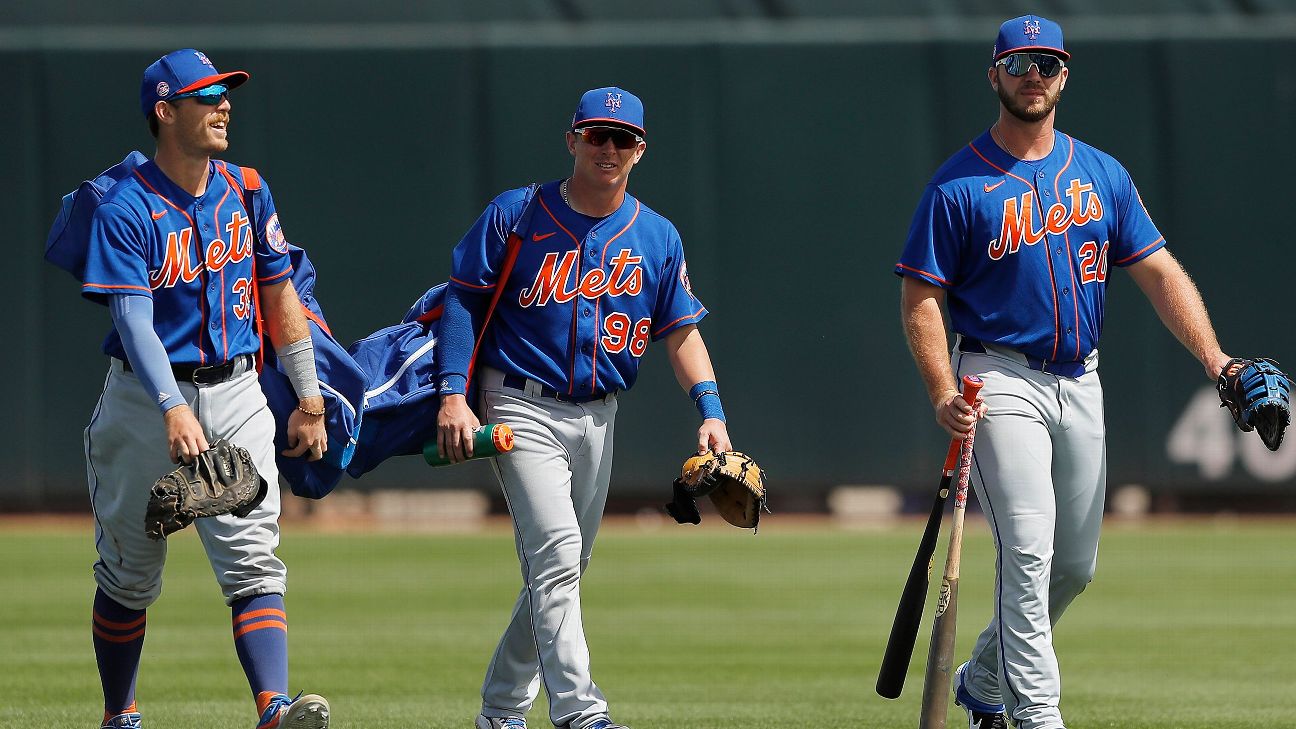 Baseball's opening weekend winds down with a pair of games Sunday night that feature a matchup of contenders in the NL East and the renewal of one of the sport's best rivalries.

To get you ready, we asked baseball reporters Bradford Doolittle and David Schoenfield some key questions about the games.


What are you most looking forward to seeing during ESPN's Sunday night doubleheader (Braves at Mets, 7 p.m. ET; Giants at Dodgers, 10 p.m.)?

Bradford Doolittle:Perhaps it's a curiosity at this point, but I am interested to see how Yoenis Cespedes looks; after what amounts to a two-year layoff, he's rejoining the club amid the strange rhythms of this season. I liked the Mets' lineup entering the season, and if you add the pre-injury production of Cespedes to that group, New York becomes a particularly dangerous offensive club.

David Schoenfield:The Dodgers have the best lineup on paper in the National League and perhaps in the majors, but like Brad I'm watching the Mets' lineup with great interest. It has a chance to be really good -- and it will have to be, with Noah Syndergaard out for the season and Marcus Stroman sidelined for a large chunk of the 60-game stretch with a torn calf muscle. Besides Cespedes, Robinson Cano is another key, coming off his worst season.

Who will make the playoffs: Braves, Mets, both or neither?

Doolittle: Prior to Thursday, I would have said just the Braves. But with eight teams getting in, I'll say both. If everyone plays to projection -- a virtual impossibility even in a normal-length season -- you could see the Mets battling the Phillies, Reds, Padres and Brewers for those shiny new 7 and 8 seeds, and I like the Mets, too. If the Mets get it, some high seed is looking at a short first-round series with Jacob deGrom on the mound for Game 1.


Schoenfield:I'll say both as well, although Stroman's injury has me concerned about the depth in the Mets' rotation. Rick Porcello and Michael Wacha weren't good in 2019, and it's not like they have the league's best defense behind them. Among their 20 games against the AL East, the Mets have to face the Yankees six times; the Braves and Phillies get the Yanks four times and the Nationals only three. (The Nationals get the Orioles six times, a big help to them.) It's a small thing, but when teams will be compacted in the standings after 60 games, a slightly tougher schedule could make that one-game difference.

How many members of the Giants would make the Dodgers' 26-man roster?

Doolittle:Three? None of them would be position players, I don't think, especially with Buster Posey sitting out. There are hitters on the Giants good enough to play for the Dodgers, but they occupy positions at which L.A. has multiple better options. I think the Dodgers would make room for relievers Tony Watson and Trevor Gott, and Frisco starter Kevin Gausman would have a shot at getting some spot outings for the Dodgers.

Schoenfield:Last year, I made the statement that nobody on the Mariners' 25-man roster would make the Astros' 25-man roster (this was during the season, after Seattle had traded some of its veterans). It wasn't an outrageous statement when you ran through the teams, and you could make a similar argument with the Giants and Dodgers. Heck, the Giants' Opening Day lineup featured Pablo Sandoval, bigger than ever, batting third and a rookie named Joe McCarthy, who hit .183 in the minors last year, batting sixth.

I don't see one position player on the Giants who makes the Dodgers' top 13. You're not taking Brandon Crawford over Corey Seager, for example, and Crawford probably doesn't even make it over Chris Taylor or Enrique Hernandez as a backup. Maybe Mike Yastrzemski is a reserve outfielder. That's it. And, as Brad pointed out, maybe a couple of relievers or Johnny Cueto, who looked good on Opening Day, as a swingman. 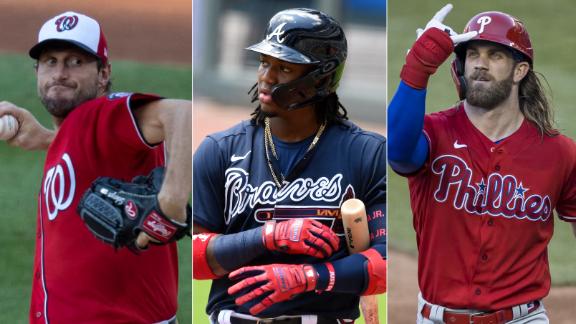