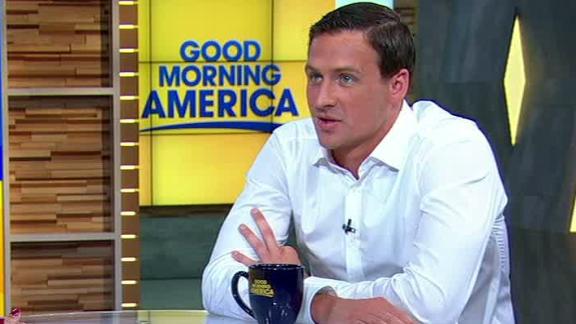 USA Swimming and the United States Olympic Committee announced Thursday that 12-time Olympic medalist Ryan Lochte will be suspended 10 months, making him ineligible to compete in the 2017 world championship, as part of his punishment for the gas station incident that overshadowed the second week of the Rio Olympics.

Lochte will also not receive the $25,000 bonus the USOC awards to Olympic gold medalists (Lochte was part of the 4x200 relay that won gold in Rio) and will not be eligible for his monthly USA Swimming stipend of $3,250 during the suspension. He could lose as much as $100,000 becauseUSA Swimming has awarded a $75,000 gold-medal bonus at past Olympics.

Contacted by ESPN, USA Swimming said the organization does not disclose the bonuses paid for gold medals.

The other individuals involved in the incident, Gunnar Bentz, Jack Conger and Jimmy Feigen, have been suspended four months and will also not be eligible for athlete funding during their suspensions. Lochte, 32, will also be required to complete 20 hours of community service. Bentz, 20, will be required to complete 10 hours because he was out of the Olympic Village after the curfew that had been established for swimmers under the age of 21.

Lochte's lawyer, Jeff Ostrow, made a statement to USA Today Sports regarding the penalties.

"We accept the decision and believe it is in everyone's best interest to move forward," he said. "Ryan is grateful to be a member of the U.S. Olympic Team and USA Swimming. He recognizes his lapse in judgment, and is looking forward to continuing his training, volunteer work with kids, and resuming his swimming career next year with an eye toward representing his country at the 2020 Olympic games in Japan.

"That said, in my opinion, while the collective sanctions appear to be harsh when considering what actually happened that day -- Ryan did not commit a crime, he did not put the public safety at risk, and he did not cheat in his sport -- we will leave it to others to evaluate the appropriateness of the penalties."

Lochte said after competing in Rio that he plans to swim at least through the 2020 Tokyo Games. The suspension means his next potential major international meet would be the 2018 Pan Pacific Championships in Tokyo. His next world championship would come a year later in South Korea, when he would be 35 years old. Lochte struggled to swim to his potential in 2016. Plagued by a groin injury at Olympic trials, he made the U.S. team in only one individual event, the 200 individual medley. He finished fifth.

His 10-month suspension is longer than the six months Michael Phelps was sidelined after his drunk driving arrest in November of 2014. That punishment also prevented Phelps from competing on the 2015 worlds team, a decision that prompted a handful of frustrated U.S. swimmers to approach USA Swimming about reinstating Phelps, but that did not happen. U.S. Olympic sources said Thursday there was much internal debate about the length of Lochte's suspension, with some suggesting 10 months was too short and others insisting just the opposite. USA Swimming and the USOC worked jointly on the decision.

Each of the athletes involved signed an agreement that outlined the sanctions. In an interview that appeared Tuesday in the Austin American-Statesman, Conger, a junior at the University of Texas, voiced his displeasure with the ultimate decision, insisting all he did wrong was urinate publicly at the gas station while he was excessively intoxicated.

"I was pretty upset. I do not agree in any way with these sanctions," Conger told the newspaper. "But I thought it was best for myself, my country, my friends and my family especially just to put an end to this, regardless of whether I thought the consequences were fair or not."

The suspensions will have no bearing on the collegiate eligibility of Conger or Bentz, who swims at the University of Georgia.

Lochte, the second-most-decorated male swimmer in history after Phelps, sparked international headlines when he said individuals with a police badge pulled over a taxi carrying him and the other U.S. swimmers and cocked a gun to his head demanding money early on the morning of Aug. 14. Brazilian police later said the swimmers had vandalized the station and were confronted by armed security guards when they tried to leave.

The back-and-forth drama of what really happened became a major storyline of the Rio Games, overshadowing the Americans' dominance in the pool, where they won 33 medals, the most since 1984 and in all arenas, where the U.S. won 121 total medals. No other country won more than 70.

The story was particularly troubling to Brazilians, who felt that it cast a negative light on Rio and the Olympics at a time when the country was eager to prove it could host the Games without incident. In the closing days, many American athletes were booed during their competitions.

While Lochte returned to the United States the Monday after the incident, Bentz, Conger and Feigen were left in Rio to handle the fallout. Bentz and Conger were pulled off a U.S.-bound plane and questioned about the incident. Feigen had to pay $11,000 to avoid charges before his passport was returned and he could depart Brazil.

Lochte later apologized for his "immature behavior" to "NBC Nightly News" and admitted that he "overexaggerated" the story about what happened at the gas station that night. The other swimmers have since shared their version of the events that night with stories that differ from Lochte's original account.

"As we have said previously, the behavior of these athletes was not acceptable. It unfairly maligned our hosts and diverted attention away from the historic achievements of Team USA," USOC CEO Scott Blackmun said in the statement announcing the penalties. "Each of the athletes has accepted responsibility for his actions and accepted the appropriate sanctions. We look forward to focusing our energy on the Paralympic Games and the incredible men and women representing our country in Rio."

As part of their punishments, Lochte, Bentz, Conger and Feigen will not be included in the U.S. Olympic delegation that will visit the White House later this month. They will not have access to U.S. Olympic training centers during their suspensions and will not be invited to USA Swimming's year-end Golden Goggles celebration in New York in November.

In August the Rio police officer in charge of the investigation recommended that prosecutors present charges against Lochte for filing a police report. His lawyers have insisted he did not provide false information to police.

Since the Rio Games, Lochte has lost four endorsement deals; Speedo, Gentle Hair Removal and Airweave terminated their deals with the swimmer, while Ralph Lauren said it wouldn't renew Lochte's deal that ran through this summer. He has since signed a new endorsement deal with Pine Brothers throat drops. He is preparing to appear on "Dancing With the Stars," which premieres on Monday night. 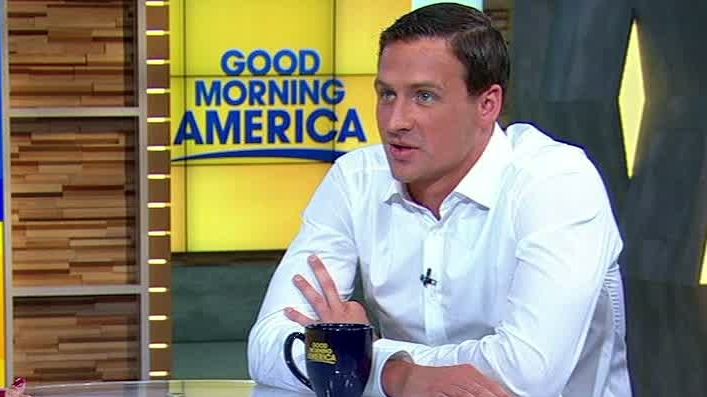