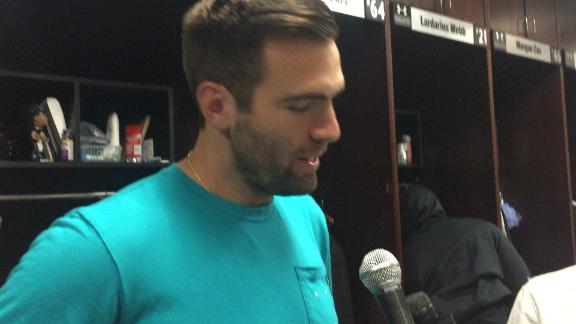 OWINGS MILLS, Md. -- As teammates shouted "We got your back," Ravens quarterback Joe Flacco acknowledged he was taken aback by comments from former teammate Ray Lewis, who called out the former Super Bowl MVP for a lack of passion for the game.

"It's a little surprising coming from Ray," Flacco said after Friday's practice. "But it's been something I've dealt with probably back before high school. It's just part of my personality. When things are going good, it's questioned as if it's a good thing. When things aren't going as well as you might like them to be, it's always a question as to whether my personality is that of one that fits what an NFL quarterback should be. It's not anything I'm not used to. But it is a little bit different coming from Ray."

On Thursday, Lewis told Fox Sports 1 that Flacco's emotionless approach to football is a reason for the quarterback's inconsistency. Flacco ranks 29th in the NFL in passer rating (78.3) this season, throwing as many interceptions (nine) as touchdowns.

"Gifted? Absolutely. Passionate about what he do? I've never seen that," Lewis said. "I don't know what that looks like."

Lewis' comments struck a nerve in the Ravens' locker room and seemed to galvanize many players leading up to Sunday's high-profile road game against the Cowboys.

Safety Eric Weddle and cornerback Jimmy Smith could be heard shouting support in the background while Flacco spoke to reporters. Flacco smiled when he heard the uproar in the locker room.

"It's just odd that you hear Ray Lewis saying something," Weddle said. "Joe Flacco won you a Super Bowl; did you forget about that?"

Flacco helped Lewis and the Ravens to the Super Bowl in 2012 with a nearly unprecedented postseason run. He joined Joe Montana as the only players to produce 11 touchdowns and zero interceptions in the playoffs.

In addressing Lewis' comments, Flacco never took a shot at the player who has a statue outside M&T Bank Stadium. Flacco initially didn't see what Lewis said about him, but he decided to watch after coach John Harbaugh brought it up Friday morning.

Wide receiver Steve Smith Sr.showed respect for the future Hall of Fame linebacker, saying Lewis' "voice carries weight." But he also pointed out that time has passed and players change.

Lewis has been away from the Ravens locker room for four years, which is nearly as long as he was teammates with Flacco (2008-12).

"You don't play this game this long and be able to accomplish some of the things that Joe Flacco, Ray Lewis, Ed Reed, all the great guys that have played with the Baltimore Ravens that I've admired, you don't play this long without having a drive or a passion for the game," Smith said.

Weddle was not as restrained when it came to Lewis.

"We love Joe. He's our guy," Weddle said. "He's a great teammate, professional, leads, everything you want. It's kind of irrelevant. We don't really care what the outside thinks. For an old teammate to say that, it's just like, 'Don't you have something better to talk about?' I guess he didn't."

Flacco has often been called "Joe Cool" for his stoic and quiet demeanor. But members in the organization pointed out that Flacco shows his passion in different ways. He never missed a game until his eighth season, putting together the fifth-longest streak for an NFL quarterback. When he tore two ligaments in his knee last November, he stayed in the game to finish out the final few plays. In getting back from the knee injury, he never missed a day of rehab.

Will Flacco call Lewis to address the comments?

"Probably not," Flacco said. "Me and Ray are going to cross paths again. It might be brought up. It might not. Who knows?" 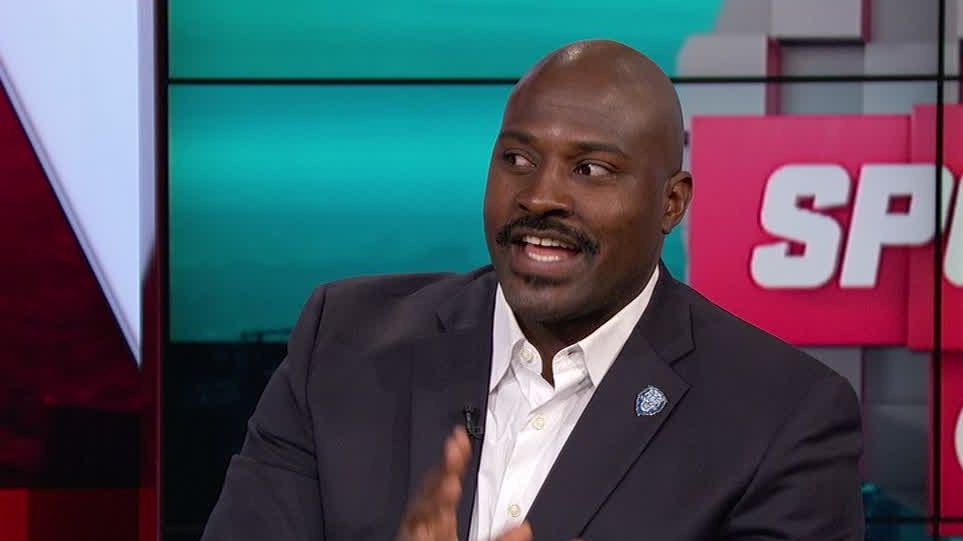