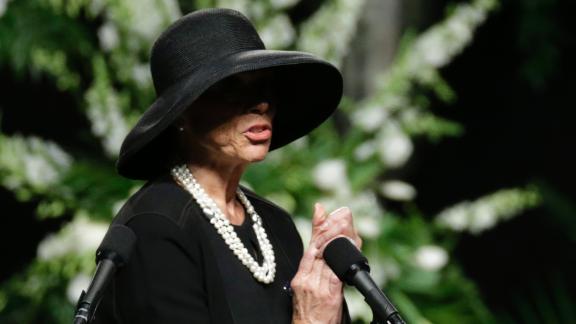 Louisville, Kentucky, and the rest of the world said goodbye to "The Greatest" on Friday, showering affection on Muhammad Ali during a fist-pumping funeral procession through the streets of his hometownfollowed by a star-studded memorial service where he was saluted as an outspoken breaker of racial barriers.

Comedian Billy Crystal asked: "Didn't he make all of our lives a little bit better?"

All were in agreement: Yes, Muhammad Ali did.

President Barack Obama was unable to attend due to his daughter's high school graduation, but he did write a tribute to the former heavyweight champion and social icon.

"The man we celebrate today is not just a boxer, or a poet, or an agitator, or a man of peace," Obama wrote in a letter read by senior White House adviser Valerie Jarrett. "He was not just a Muslim or a black man or a Louisville kid. ... He wasn't even just the greatest of all time. He was Muhammad Ali -- the whole far greater than the sum of its parts. He was bigger, brighter and more original and influential than just about anyone of his era. You couldn't have made him up. And yes, he was pretty, too.

"Muhammad Ali was America -- brash, defiant, pioneering, joyful, never tired, always game to test the odds. He was our most basic freedoms -- religion, speech, spirit. He embodied our ability to invest ourselves."

Ali's widow, Lonnie, took the stage amid thunderous chants and reminded the thousands listening that her late husband's message still resonates. She said he was prepared to sacrifice all he had, all that he was, to follow his soul.

"Even in death, Muhammad has something to say. It is far more difficult to sacrifice oneself in search of peace than to take up arms," she said.

Crystal drew fast laughs when he took to the stage.

"We're at the halfway point,'' he said jokingly, referencing the length of the memorial service -- more than three hours, after being delayed from a 2 p.m. ET start to about 3.

Crystal cracked everyone up with his career-making impersonation of a boastful, fast-talking Ali -- and his imitation of Ali's foil, sportscaster Howard Cosell -- and rhapsodized about Ali's charisma, outspokenness and talent. He called the boxing great "a tremendous bolt of lightning, created by Mother Nature out of thin air, a fantastic combination of power and beauty.

"Muhammad Ali struck us in the middle of America's darkest night, in the heart of the most threatening, gathering storm," Crystal said. "His power toppled the mightiest of foes, and his intense light shined on America, and we were able to see clearly in justice, in equality, poverty, pride, self-realization, courage, laughter, love, joy and religious freedom for all. Ali forced us to take a look at ourselves. This brash young man who thrilled us, angered us, confused and challenged us, ultimately became a silent messenger of peace who taught us that life is best when you build bridges between people, not walls."

"I can just hear Muhammad say now, 'Well, I thought I should be eulogized by at least one president,'" Clinton told the crowd.

Imam Zaid Shakir, a prominent Muslim-American scholar, opened the memorial service by calling Louisville the "home of the people's champ." That sparked a big ovation and chants of "Ali! Ali! Ali!" from the crowd.

Rabbi Michael Lerner gave a fiery speech in which he declared that American Jews stand in solidarity with Muslims, saying they will not tolerate politicians demonizing an entire religion by the actions of a few. He said Ali -- who refused induction into the U.S. Army during the Vietnam War -- stood up to an immoral war and risked fame and fortune to speak truth to power.

The star-studded service ended with a moment of silence and a closing prayer. Ali's family walked slowly out of the building, heading for a private ceremony at the Muhammad Ali Center a few blocks away.

Earlier Friday, the processional carrying the body of Ali made its way through his hometown of Louisville, where city officials estimated that more than 100,000 people lined the streets.

Ali was later laid to rest at Cave Hill Cemetery in a private ceremony. In keeping with Islamic tradition, "Ali" was the single word inscribed on the headstone of the boxing superstar, family spokesman Bob Gunnell said. Ali's coffin faces the Islamic holy city of Mecca.

A three-time heavyweight champion, Ali died in the Phoenix area June 3 at age 74. He designed the two-day memorial in exacting detail years before his death. 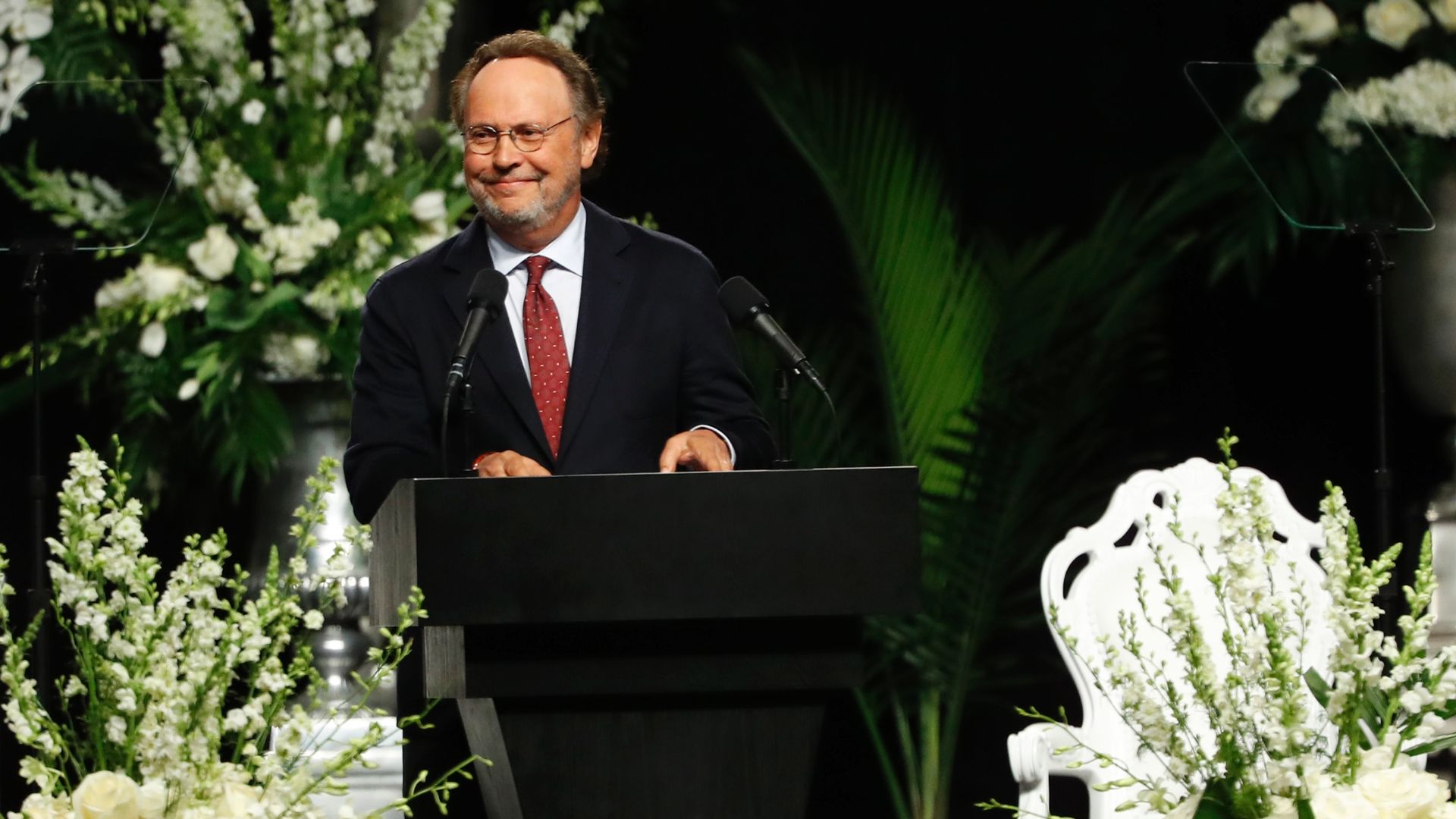 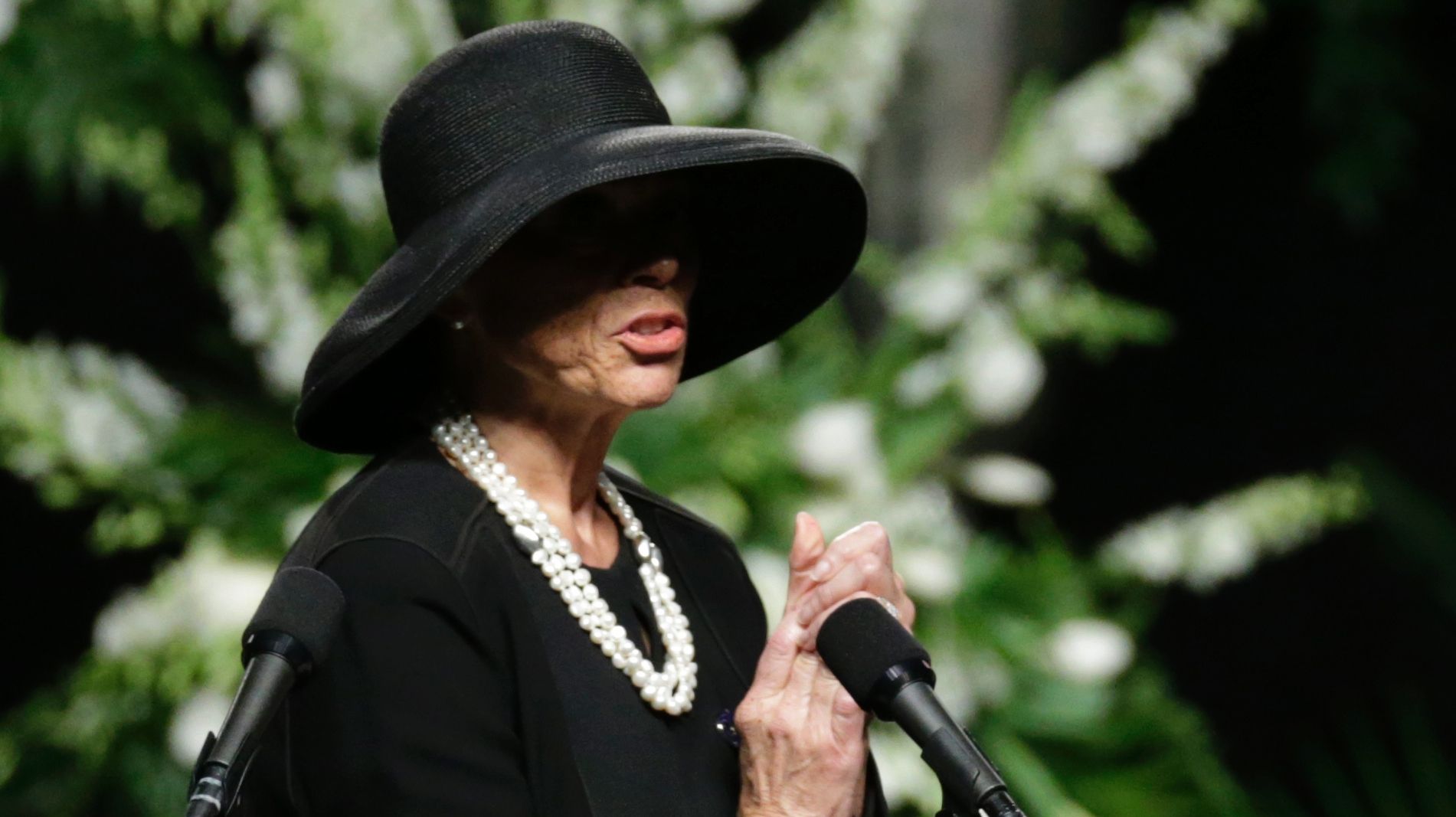