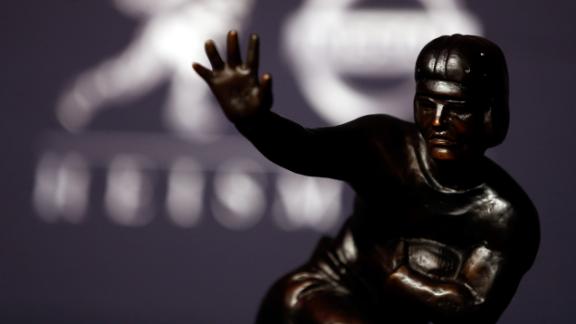 NEW YORK -- The Heisman Trophy finalists would make one heck of an offense.

Oregon quarterback Marcus Mariota, Alabama receiver Amari Cooper and record-breaking Wisconsin running back Melvin Gordon are set to make the trip to New York for the Heisman presentation after the finalists were announced Monday.

Mariota is considered the clear front-runner to win the 80th Heisman on Saturday night in New York. He would become the first Oregon player to earn college football's most famous player of the year trophy.

"It is humbling to be considered for an award that I have admired for a very long time," Mariota said in a statement. "I would like to thank my teammates and coaches as I could not have been recognized as a finalist without their help."

Winston becomes the seventh player since 2003 to take a shot at a Heisman repeat and come up short. Ohio State's Archie Griffin is the only player to win two Heismans.

Finalists are determined by percentage of votes received from 929 media members and former winners.

Mariota didn't even break the top 10 in the Heisman voting last season but entered 2014 as one of the preseason favorites.

He delivered a spectacular season in his third year as the Ducks' starter. He is the nation's top-rated passer (186.3) and has thrown for 3,783 yards and 38 touchdowns with just two interceptions. He also has run for 669 yards and 14 touchdowns for the Pac-12 champions.

Gordon leads the nation with 2,336 yards rushing and 179.7 yards per game. Gordon broke the single-game Football Bowl Subdivision rushing record with 408 yards against Nebraska, a record that stood for only a week. He needs another huge game in the Outback Bowl against Auburn to break Barry Sanders' single-season record of 2,628, set in his Heisman-winning season of 1988 with Oklahoma State.

He is the fourth Wisconsin running back to be a finalist. The Badgers have had two Heisman winners: Alan Ameche (1954) and Ron Dayne (1999).

Cooper set a Southeastern Conference record with 115 catches for 1,656 yards and 14 touchdowns for the top-ranked Crimson Tide.

Cooper is the fourth Alabama finalist since Mark Ingram became the Tide's first winner in 2009.

"This will be my first trip to New York City, and I can't put into words how much it means to me and my family," Cooper said in a statement. "I am privileged to have the opportunity to represent our team at the Heisman ceremony. None of this would be possible without my coaches and teammates."

Heisman voters submit a ballot with their top three selections. Mariota, Gordon and Cooper emerged as such strong candidates late in the season that the rest of the field drifted away.

Mississippi State quarterback Dak Prescott made a strong push in October but tailed off in November as the Bulldogs lost twice.

Ohio State quarterback J.T. Barrett was making a late-season surge before he was injured in the regular-season finale against Michigan and had to miss the Big Ten championship game.

TCU's Trevone Boykin, another dual-threat quarterback, had numbers that rivaled Mariota's in some areas: 3,714 yards and 30 touchdowns in 12 games. 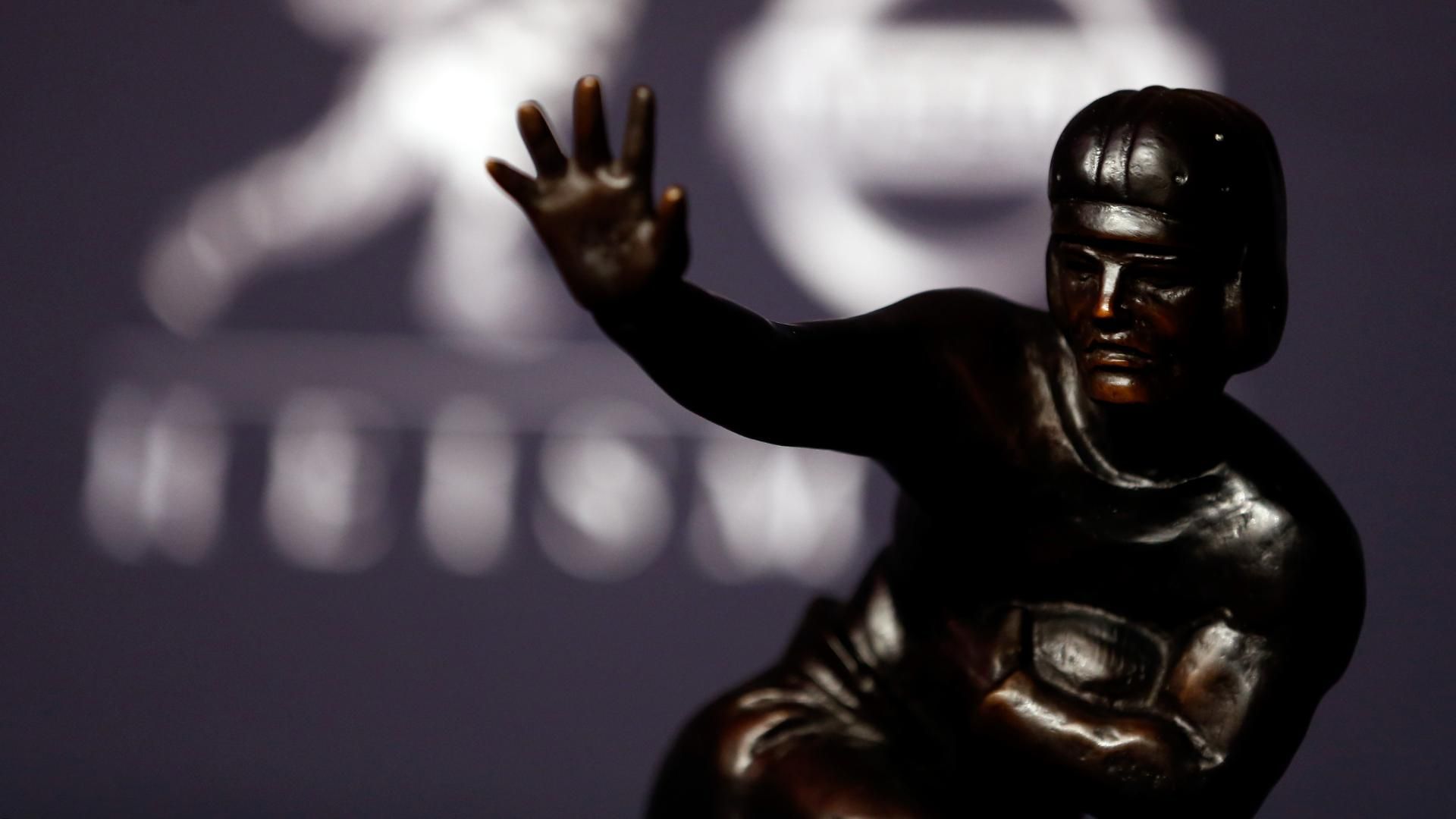