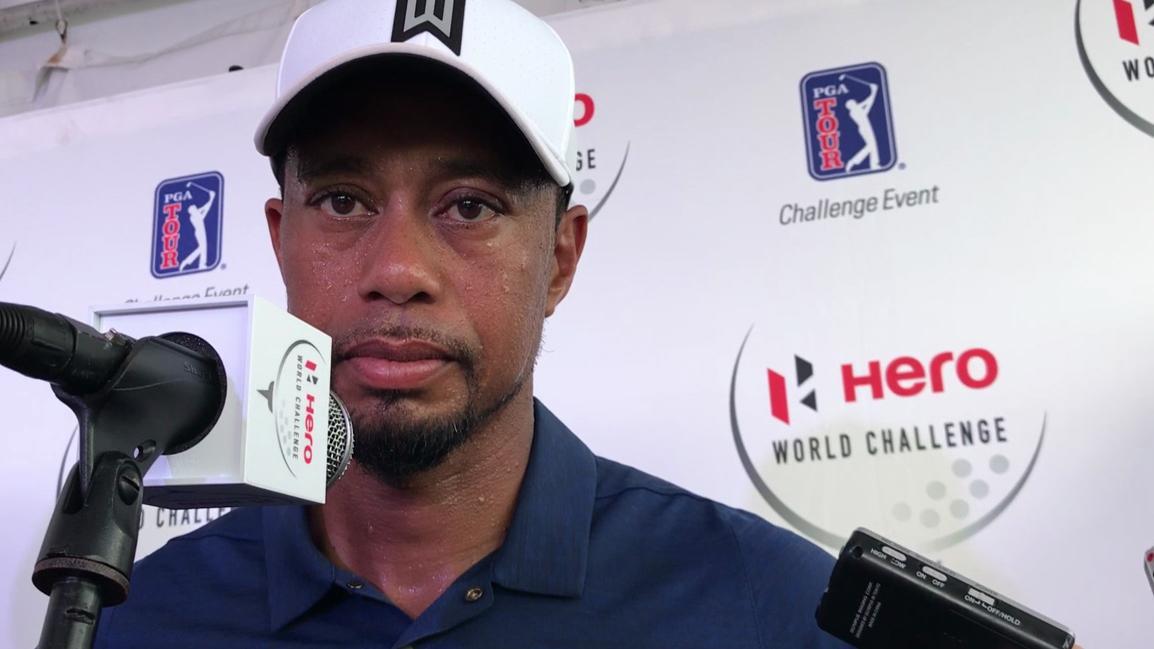 NASSAU, Bahamas -- Prior to his return to competition at this week's Hero World Challenge, Tiger Woods admitted that he would need to remain patient as he worked himself back into form.

Based on his second-round performance, maybe Woods won't need to be as patient as he would have believed.

Woods posted a bogey-free 7-under 65 on Friday in a round that recalled the vintage highlights of his past, including several brilliant par saves and a near-hole-in-one.

"It feels good," said Woods, whose score was eight strokes better than the previous round. "Yesterday I had it going through eight holes and lost it. Today was different."

The round marked Woods' first blemish-free scorecard since a 67 in the final round of the 2015 Greenbrier Classic, 18 months ago. On Friday, he hit 8 of 13 fairways and 14 of 18 greens in regulation.

He trailed co-leaders Dustin Johnson and Hideki Matsuyama, who were at 12-under 132, two shots ahead of Matt Kuchar and Louis Oosthuizen.

Woods opened with a birdie from 5 feet on the first hole and remained in control of his game for the entire round. He played the five par-5 holes in a collective 4-under, but it was the par-3 12th hole that provided the biggest cheers.

He hit a 6-iron that flew right at the intended target and almost went into the hole, stopping about a foot away for an easy birdie tap-in.

"I couldn't hit it any better than that one," Woods said with a smile.

Two other big moments in the round didn't even result in birdies.

On the par-3 eighth hole, after his tee shot landed in a bush left of the green, Woods wedged out to 12 feet and rolled in the par-saving putt. On the par-4 16th, his drive landed near another bush in a waste bunker. His next shot advanced the ball in that same terrain, then he hit a wedge to 35 feet and made the putt to keep his round blemish-free.

"I wanted to keep that card clean," Woods said. "I don't know what it is about playing and competing, but keeping cards clean, there's something really special and it feels pretty good about doing that."

One day earlier, Woods played the final three holes in 4-over, stumbling home after what had been a strong start. On Friday, he incurred no such stumbles.

For just the second time in his professional career, Woods played a competitive round as a single. Playing partner Justin Rose withdrew prior to the round with a back injury, allowing Woods to play alone in 2 hours, 54 minutes, finishing well ahead of the other 16 competitors in the field.

Coming off three back surgeries, that injury was an obvious source of concern entering this week. But Woods insisted it has improved throughout the week.

Tiger just misses hole-in-one
On the 12th hole, Tiger Woods hits a beautiful tee shot that misses going in by about a foot. He would birdie the hole. 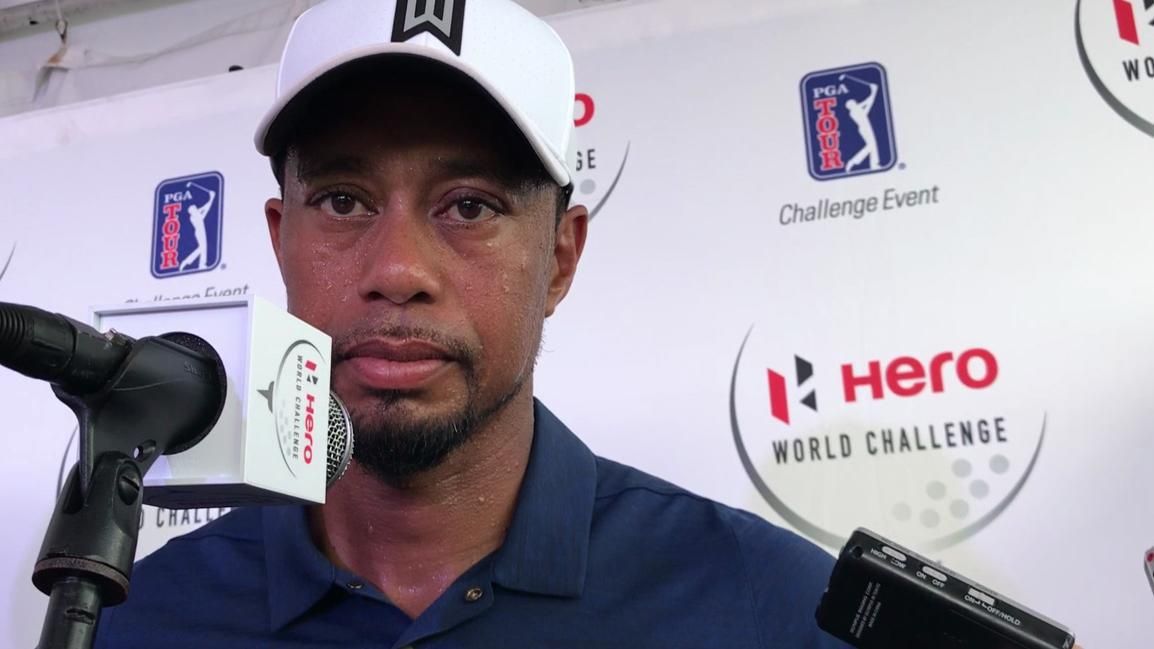