Tiger Woods in hunt at Wyndham after opening-round 64

ESPN
By Bob Harig
GREENSBORO, N.C. -- Tiger Woods shot his lowest round in more than two years, a 6-under-par 64 that put him near the top of the leaderboard Thursday after the first round of the Wyndham Championship.

Woods, making his first start in the tournament at Sedgefield Country Club, had seven birdies and a bogey on the 7,127-yard, par-70 course. It was his best score since shooting a second-round 61 in August 2013 at Firestone Country Club during the WGC-Bridgestone Invitational. That was the site of Woods' 79th and most recent PGA Tour victory.

"I felt very good out there," said Woods, who is having the worst season of a professional career that began in 1996. "I hit a lot of good iron shots, made some putts. A round that probably could have been to 2 to 4 under and turned into 6 [under]. I was telling [caddie Joey LaCava] today it was nice to finally get something out of it today instead of going the other way."

Making a last-ditch effort to qualify for the FedEx Cup playoffs, Woods entered the Wyndham needing no worse than a solo second to have a shot at qualifying for next week's Barclays, which takes the top 125 on the points list. Woods is 187th.

The Wyndham is the final regular-season event of the 2014-15 season.

It didn't hurt Woods that he holed a 55-yard flop shot for a birdie on the 10th, his first hole, as well as two lengthy par putts, including a 12-footer on the ninth, his last.

"I went for the shot, and instead of playing something more conservative, the greens were hard and fast, and I wanted to play something long," Woods said of the birdie at his first. "I got aggressive with it, and I went for it, and I pulled it off. ... I could see it going in."

Woods birdied both of Sedgefield's par 5s but let an opportunity to go lower get away when he failed to birdie the par-4 sixth from 5 feet.

Woods, 39, is playing just his 11th tournament of the year. He has missed the cut in three consecutive major championships, with his best finish a tie for 17th at the Masters. He has fallen to 286th in the world ranking.

"I know it's crazy to say, but I wasn't playing that poorly at PGA," Woods said. "Any borderline shot (at Whistling Straits) I never got away with it, and that's the way it goes. I felt like I was hitting the ball good enough and just kept progressing, and today was just a continuation of it."

Hoge, playing in the day's final grouping, made a late charge up the leaderboard, closing his round with a 5-foot birdie putt on the 18th.

Compton, who started on the back nine, finished with a 29 on the front nine with seven birdies in that span.

"Any time you can break 30 in nine holes, you're obviously doing something really cool," Compton said.

It's the latest positive for Compton, a 35-year-old who earned his tour card in 2012, four years after his second heart transplant.

He's chasing his first victory, and so is McGirt, who finished in a tie for eighth here last year. At No. 86 on the points list, McGirt is in virtually no danger of missing the playoffs.

Compton, who's closer to the cutoff at No. 114, is just trying not to lose any ground.

Meanwhile, for the others closer to the postseason bubble, things are a little more stressful.

Ernst, who's at No. 178 and is playing in the final tournament of the 2-year exemption he earned for his lone victory -- at the Wells Fargo Championship in 2013 -- shot the best round of his four-year career.

But perhaps nobody's dealing with more than Billy Hurley III.

Hurley's first round came two days after he attended the funeral of his father, who died last week of a self-inflicted gunshot wound.

Hurley, 33, is at No. 131 on the points list and is only here this week because he's trying to secure his PGA Tour card for next year.

"It wasn't really a hard decision" to play, Hurley said, "but it's certainly hard to do."

He said he nearly felt overwhelmed on the putting green, "almost didn't know what I was doing in some ways" during his first handful of holes, then "scrambled my way around" the back nine.

By the end of his 69, Hurley said he "felt like almost a golfer again."

Woods' lowest round of the year
Tiger Woods (-6) is tied for seventh after shooting a first-round 64 at the Wyndham Championship. 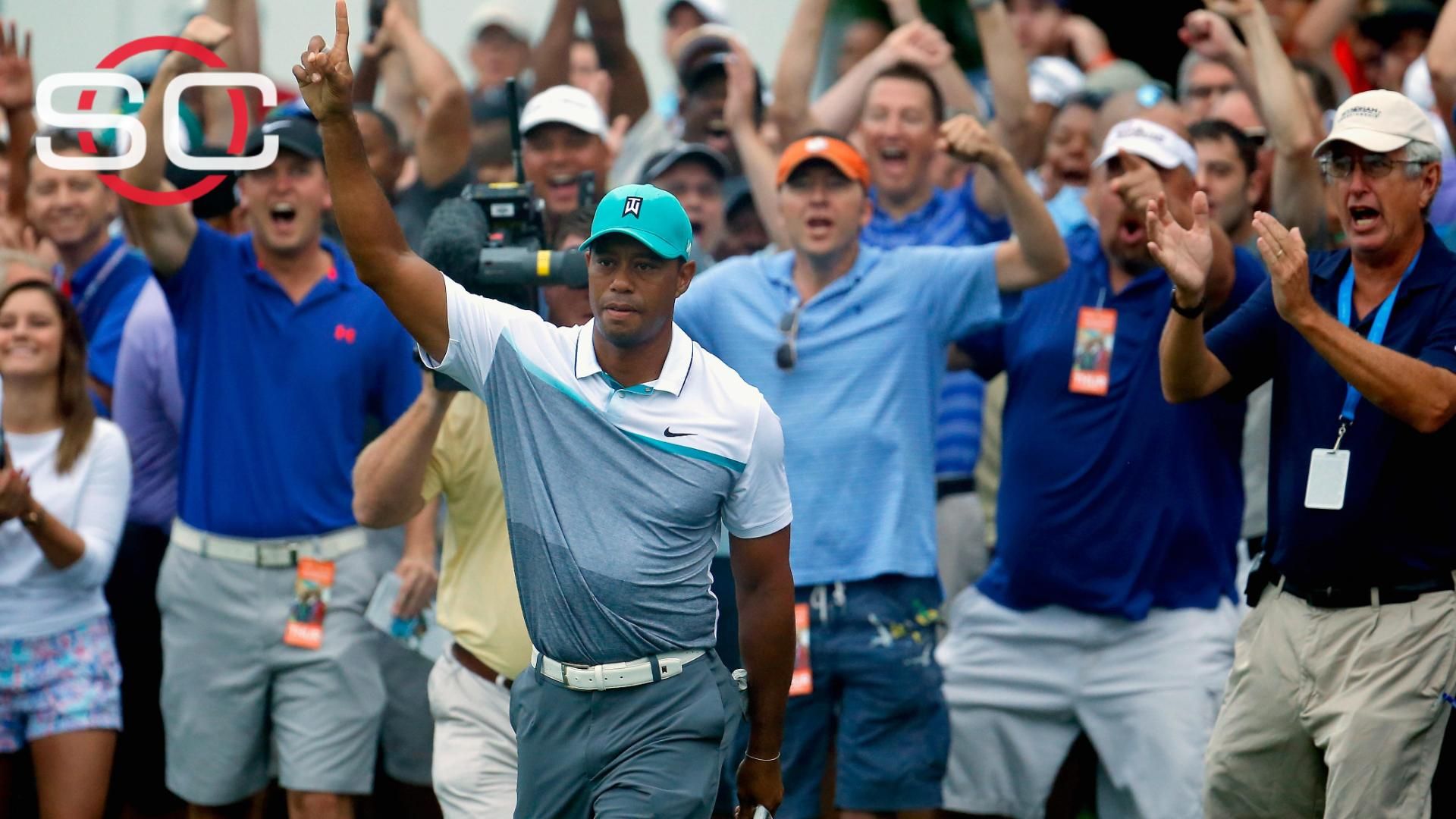