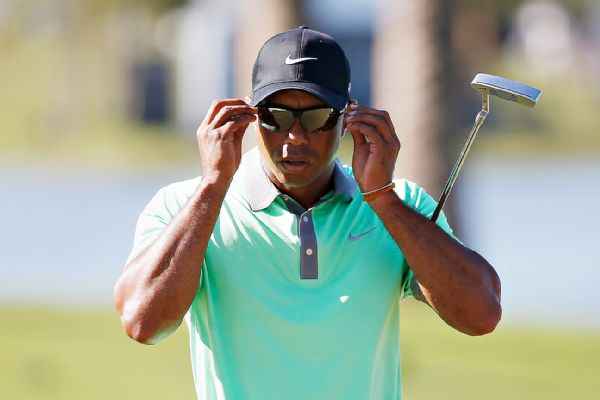 Tiger Woodsplayed a round of golf with Donald Trump at the president-elect's West Palm Beach, Florida, golf course on Friday, according to the pool report.

Woods and Trump teed off atTrump International Golf Club along with two club members, according to Golf Digest, which tweeted a photo of the 14-time major winner and the president-elect.

Trump had a handicap of 2.8 as of August.

Trump's golf courses have been one controversial point throughout the transition ahead of his January inauguration. The clubs are viewed as part of a possible conflict of interest between the Trump Organization and his responsibilities as president. The Associated Press has reported that a charity operated by his son Eric Trump repeatedly made payments for services or donations that went to the golf clubs as well as charities linked to the Trumps by corporate, family or philanthropic relationships.

On Wednesday, the younger Trump said he will cease soliciting donations for his nonprofit to avoid the perception that contributions could be used as a means to buy access to the Trump White House.

In February 2013, Woods joined President Barack Obama for a round onFlorida's Treasure Coast. According to a report by the Government Accountability Office, that trip cost almost $3.6 million.

Woods returned from a 15-month layoff from competitive golf at the Hero World Challenge earlier this month. His performance peaked with a second-round 65 before a final-round 76 dropped him to 15th place in the 18-player field.