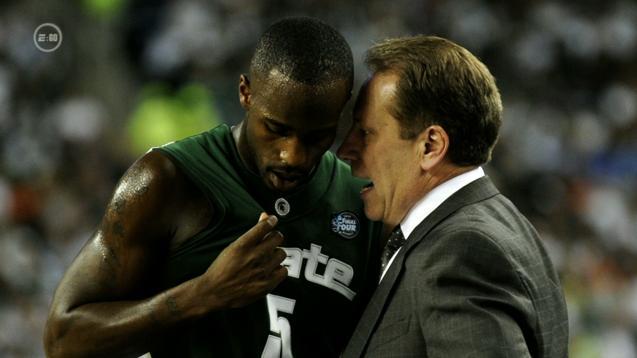 Former Michigan State basketball player and assistant coach Travis Walton issued a statement Tuesday, denying reports that he had sexually assaulted a woman in April 2010 and that just a few months earlier he had punched a woman in a bar.

In Friday's Outside the Lines story about sexual violence issues involving the football and basketball teams at Michigan State, it was revealed that Walton, who was working as a student assistant coach in 2010, had been accused along with two players of raping a female student.

When Outside the Lines reached Walton by phone earlier this month to ask about the report, he said he wasn't familiar with it. In his statement Tuesday, he wrote the following:

"I have never been charged with sexual assault and, to my knowledge, the alleged sexual assault was never reported to Michigan State University or the police. My encounters with this woman were more than just a single occasion, and my actions with her were always consensual."

On Friday, the Los Angeles Clippers placed Walton on administrative leave pending further investigation into the cases alleged while he was at Michigan State. Walton had been an assistant coach with the organization's G League team in Ontario, California.

Outside the Lines obtained an internal letter from former sexual assault counselor Lauren Allswede in which she wrote to university administrators about the reported rape, saying that the woman had become concerned after "hearing that the same men attempted an assault on another student co-worker in a similar manner."

The letter stated that then-athletic director Mark Hollis said he would "conduct his own investigation." Several weeks later, the woman's parents met with Hollis and associate athletic director Alan Haller, who told them they had spoken with the coaching staff and were told the incident had been discussed with "the basketball team," according to the letter.

"None of the players were reprimanded in any way," the letter states. "The victim and her mother were told that there's not much that can be done to the players [except to increase awareness of sexual assault and 'intensify' the training program]."

The letter Allswede wrote says Walton was fired, but Walton disputed that. In his statement, he wrote that he was "never hired or fired" by Michigan State and that he was taking classes in January 2010 to finish his degree, and he left the university upon graduation to play basketball in Europe.

ESPN requested personnel records on Walton last fall and received a response earlier this month that none existed. A spokesman contacted last week about the story did not answer a question about the terms of Walton's work as a student assistant coach.

In January 2010, Walton was arrested and charged with assault and battery after a police report indicated that he had punched a woman in a bar. That woman, Ashley Thompson, told Outside the Lines that Walton was offended when she told him to leave her and her friend alone, "and he came across and he struck me on the right side of my face."

"I kind of reached back toward him, and I didn't make contact, and then that's when he swung with a second reach and hit me on the left side of my face and hit me so hard that it knocked me backwards off of my bar stool," she said.

She provided her medical records to Outside the Lines showing that she was diagnosed with a concussion, and she said she had bruising on her face and cuts from the fall. The police report included statements from two witnesses who backed up Thompson's account. It also included a statement from a bouncer who told police that he "observed several people yelling at a black male suspect indicating that he was involved and he had just punched a girl."

Walton continued coaching with the Spartans while the case was pending. On April 21, 2010, almost three weeks after the Spartans lost to Butler in the Final Four, Walton's assault and battery case was dismissed, and he instead pleaded guilty to a civil infraction for littering. David Meyers, the former assistant city attorney who handled Thompson's case, told Outside the Lines he agreed to a plea deal with Walton after his defense attorney provided witness statements that contradicted Thompson's version of events.

In his statement, Walton wrote, "I never physically assaulted a woman at an East Lansing establishment, as alleged. While conversing with her, and without notice or provocation, she threw a drink at me, and I subsequently left the establishment. Two written statements from independent, objective witnesses were given to the City Attorney, and support my innocence."

MSU officials have declined to comment on Walton. Coach Tom Izzo has also refused to answer questions about the cases naming Walton.

When asked Sunday at a postgame news conference about Walton, Izzo said, "As I said before, we'll cooperate with any investigation; we always have. We've done it before and we'll do it moving forward." When asked why Walton left the program after 2010, Izzo said, "To be honest with you, I don't remember why he left; I know he went to Europe to play."

A feature story published Jan. 23 in the Lima News, a news website in Walton's hometown of Lima, Ohio, said that "Walton moved into Izzo's basement and spent the year completing his degree" when he returned to coach. A spokesman representing Walton said in an email Tuesday that the former player was staying there only a couple of weeks from sometime in late December 2009 to January 2010.

Outside the Lines also discovered a case from July 2005, right before Walton started his freshman season, in which campus police arrested him for stealing a bicycle and failing to obey a police officer. He was allowed to enter a criminal diversion program to avoid prosecution. But according to a letter from the Ingham County prosecutor's office in January 2006, Walton had failed the diversion program and "as a result, prosecution will be pursued."

Walton was not keeping his required appointments, according to Ingham County chief assistant prosecutor Lisa McCormick, when asked about the files Tuesday. Typically, that would have resulted in the reissuing of criminal charges and prosecution for the original crime, but neither the prosecutor's office nor court system has any record of that having been done, McCormick said.

McCormick said that the case notes show that on Feb. 22, 2006, the file was given to former Ingham County prosecutor Stuart Dunnings and/or his secretary. "We never reissued charges" in that case, she said. "That would be the normal process."

Outside the Lines asked a spokesperson for Walton about that case, and he declined comment. 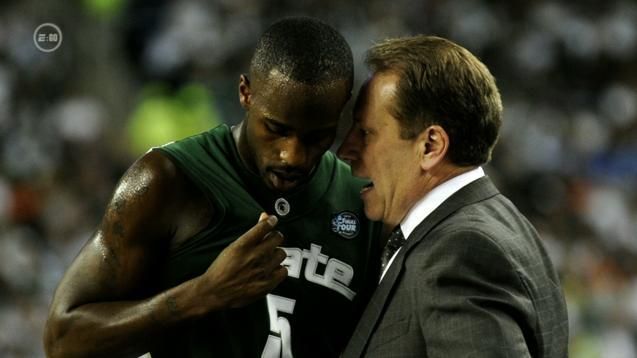