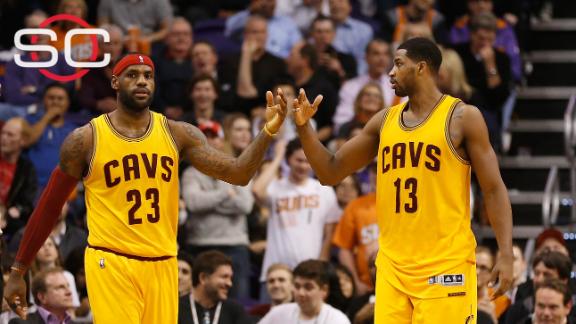 The Cavaliers, however, have not yet agreed to the three-year proposal from Thompson's side. They were assessing it Thursday night, but have neither accepted nor rejected it.

ESPN had earlier reported that Thompson and the Cavaliers had agreed to a three-year, $53 million deal, according to sources.

However, Cleveland general manager David Griffin told ESPN's Dave McMenamin that news of any pending signing was "untrue" and said the specific contract terms agent Rich Paul has instructed his client to sign have "never been discussed."

The Cavs previously held firm at an offer of five years and $80 million, whereas Thompson had previously been looking for a max contract of $94 million over the same span, sources told ESPN's Brian Windhorst on Monday.

If no deal is reached by the end of the week, Thompson was expected to sign the Cavs' one-year qualifying offer of $6.9 million and become an unrestricted free agent next year. His agent told ESPN last month that if Thompson signs the one-year qualifier, he would not re-sign with the Cavs long term in 2016.

Thompson is particularly important to the Cavaliers, who went to the NBA Finals last season. He has appeared in 308 consecutive games for Cleveland and has averaged 10.1 points and 8.4 rebounds over his four-year career. He saw his stock soar when he averaged 9.6 points and 10.8 rebounds in last season's playoffs.