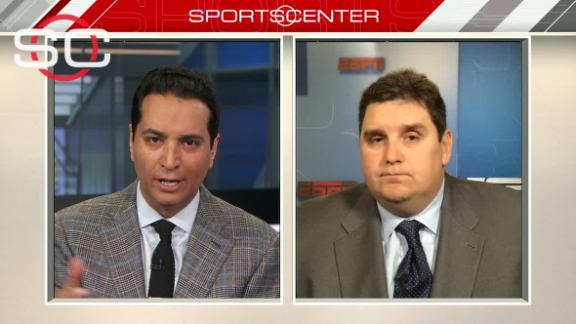 "It's a tribute to Coach Blatt and the players and the hard work the assistant coaches put in to get us to this point," Lue said. "It's going to be a great honor to represent the Cleveland Cavaliers and having a chance to do this. I know my coaches are excited, and I know it's going to be a surreal moment."

Lue'scounterpart in the West, Gregg Popovich, coached his 1,538th game Wednesday night in a 130-99 win over theHouston Rockets.

The coaches for the Feb. 14 game in Toronto are determined by the teams with the best record in each conference two weeks before the game.

The Warriors have a better record than Popovich's Spurs, but Steve Kerr is ineligible after coaching last year.

Lue is 2-1 since replacing Blatt, who was fired last Friday despite the Cavaliers leading the East with a 30-11 record. Their 32-12 mark guarantees they will have the best winning percentage in the conference through Sunday.

LeBron James congratulated Lue for the accomplishment, even if it was basically handed to him after Blatt was let go.

"I'm pleased any time our organization gets any acknowledgement, from a player, from ownership, from a GM, to coaching staff, to training staff, to our fans, so on, so on," James said. "Anyone who has anything to do with this organization, anytime we get some notoriety like that, we are grateful for it, and we are all excited about it."

Lue used the occasion to stump forKevin Love being invited to the All-Star Game as a reserve, picking up the mallet that Blatt left behind and continuing to bang the drum for Love's candidacy.

"There's no way to me he shouldn't be an All-Star this year," Lue said of Love.

After putting up 21 points and 11 rebounds against the Suns, Love was in a joking mood when asked about Lue's honor.

Love continued: "I don't think it'll be his last time coaching the All-Star Game. We're happy for him."

While Love expressed confidence in Lue's All-Star future, he said he was unsure if he would make the game this year.

ESPN.com's Dave McMenamin and The Associated Press contributed to this report.