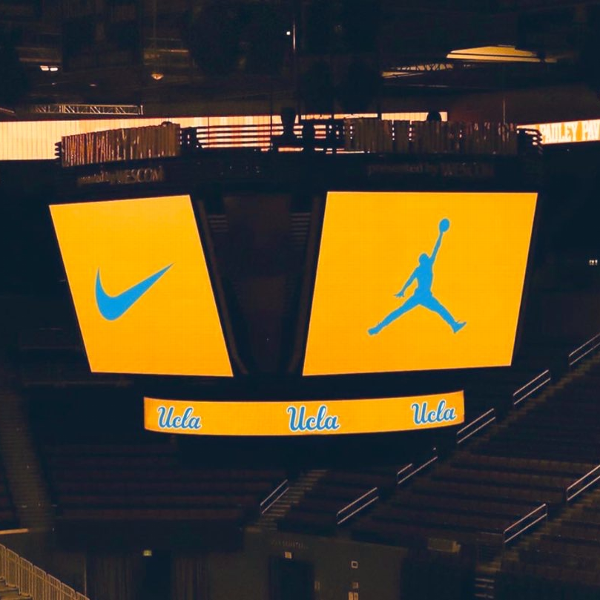 Nike and Jordan Brand on Tuesday announced a new schoolwide footwear and apparel deal with UCLA.


UCLA's need of a partner for footwear and apparel arose when its original 15-year, $280 million contract with Under Armour -- the richest apparel sponsorship in college sports -- was terminated earlier this year.

"UCLA is elite, and our student-athletes deserve every resource in their pursuit of excellence. We sought to partner with the best in the world; that is Nike and Jordan Brand," UCLA athletic director Martin Jarmond said in a statement. "Going into this process, our top priority was to secure the best quality and most innovative product to help our student-athletes and coaches compete for championships."


Signed in 2016 and set to expire in 2032, the Under Armour contract included a "force majeure" clause that allowed some legal wiggle room for Under Armour to exit the contract altogether, given that there was a stoppage of athletic events "beyond the commercially reasonable control of Company" for an ongoing period.

"If a Force Majeure event continues for more than one hundred (100) days, either Party may terminate this Agreement with immediate effect by written notice," outlined the clause.