UCLA QB Josh Rosen pulled after hit, ruled out at half as precaution 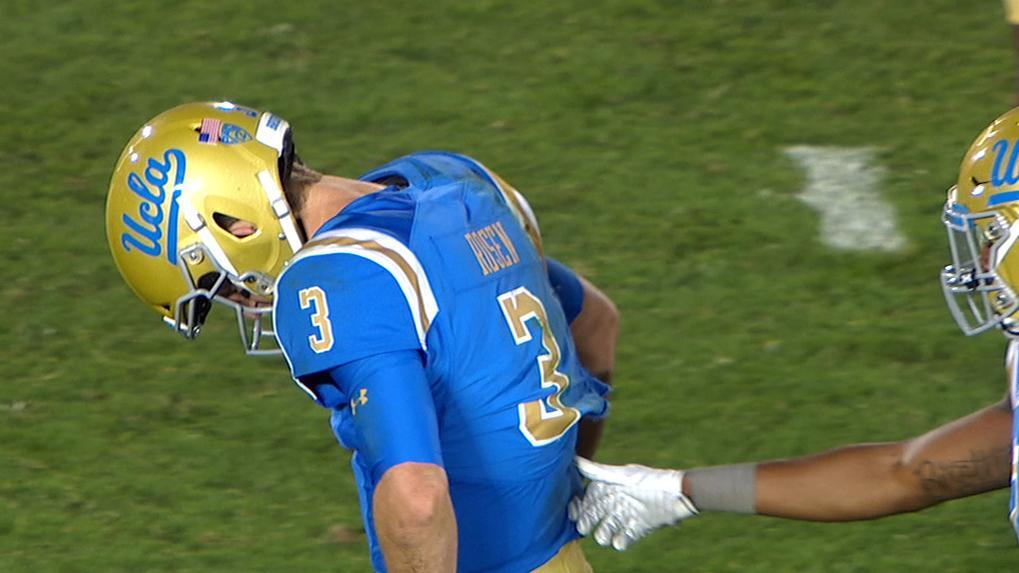 PASADENA, Calif. -- UCLA quarterback Josh Rosen left the field late in the first half of the Bruins' 30-27 win over Cal in the regular-season finale Friday night and did not return.

With just over a minute left in the second quarter, Rosen was spun around, and his head and right shoulder were slammed to the grass. He was removed from the game and quickly evaluated by trainers on the sideline.

Rosen was sacked three times in the first half. When the second half began, he was not with the team on the sideline, but he appeared later dressed in a sweatsuit.

UCLA interim coach Jedd Fisch offered few details after the Bruins' win, but said Rosen was pulled for precautionary reasons and that the team wanted to make sure he was healthy for a bowl game.

The second-quarter play is likely to be Rosen's final snap at the Rose Bowl. The junior is widely expected to declare for the NFL draft following the season.

Rosen missed UCLA's game at Utah on Nov. 3 with a concussion and missed the final six games last season because of a shoulder injury.

He has said multiple times in the past few weeks that he plans to play in a potential bowl game should the Bruins receive an invitation. UCLA reached bowl eligibility with Friday's win.

Rosen passed for 202 yards and two touchdowns in his 30th career start before his exit with UCLA leading 17-9 at the half. He fell 24 yards short of surpassing Brett Hundley's school-record 3,740 yards passing in 2012. 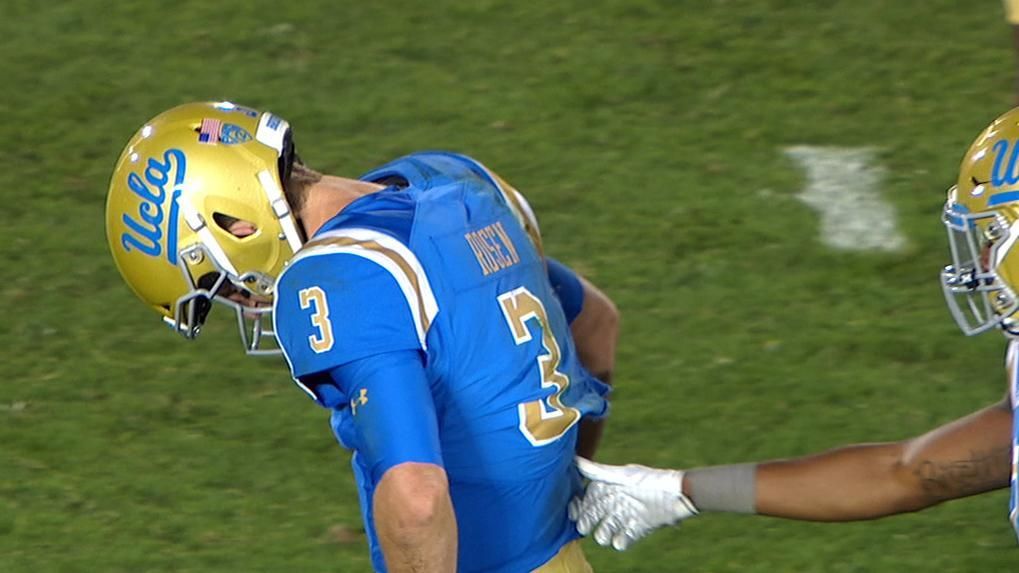 Rosen knocked out of game after big hit, causing jersey to rip
UCLA QB Josh Rosen feels the pressure in the pocket and gets tackled by Alex Funches who tears the back of Rosen's jersey in the process. Rosen would not play in the second half.
Report a correction or typo
Related topics:
sportsespnjosh rosencollege footballnfl draftinjuryucla bruins
Copyright © 2021 ESPN Internet Ventures. All rights reserved.
More Videos
From CNN Newsource affiliates
TOP STORIES