Urgency setting in for Pelicans in battle vs. Clippers 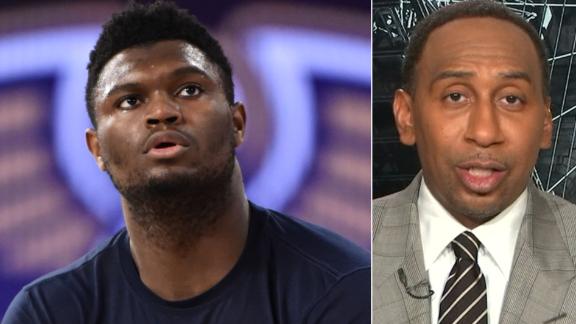 The Los Angeles Clippers are headed to the NBA playoffs.

The New Orleans Pelicans face an uphill climb to reach the playoffs.


Both those things were true when the season was suspended in March, and they're still true in the early stages of the restart. The Clippers (44-21) are in second place in the Western Conference and the Pelicans (28-37) are four games out of the final playoff spot as the two teams prepare to meet Saturday.

Both teams lost in the final seconds of their first games Thursday after the 20-week hiatus.

"We've got to use these games to build some habits and just build team chemistry," Clippers forward Kawhi Leonard said. "It was a good game, still had fun out there. It was great to be back on the floor."

The Clippers are short-handed as Lou Williams is in quarantine and Montrezl Harrell is tending to a family matter. They gave up 29 points off turnovers against the Lakers.


"We can't have self-inflicted wounds and I thought we had too many of them," Clippers coach Doc Rivers said.

New Orleans had won eight of its last 13 games before the season was interrupted and rolled to victories in each of its three scrimmages leading up to the game against the Jazz. After a slow start it appeared to be building on that momentum when it built a 16-point lead against Utah.

But the Pelicans' offense went cold in and they were outscored 27-17 in the fourth quarter as Rudy Gobert's two free throws broke a tie and made the difference with six seconds left. Brandon Ingram, who led New Orleans with 23 points, missed a 3-pointer in the final second.

"It's very disappointing," guard JJ Redick said. "We all know how valuable every game is right now for our team. We played like a 42-minute game."

Rookie Zion Williamson was on a minutes restriction after missing all three scrimmages because he was tending to a family emergency. He wasn't on the floor at the end because he had reached his minutes limit set by the team's medical staff.


"We wish we could have played Zion down the stretch," coach Alvin Gentry said. "But he had used the minutes that had been given to us. That's just the way it is. We weren't going to stick him back out there."

Williamson, the No. 1 overall pick in the draft, missed the first 44 games of the season after undergoing arthroscopic knee surgery. He said he felt healthy and in good condition as the season resumed.

"It's just getting my flow to the game back," Williamson said. "This is the NBA. These are the best players in the world. You want to feel comfortable. I don't want to hurt my team more than I help them."