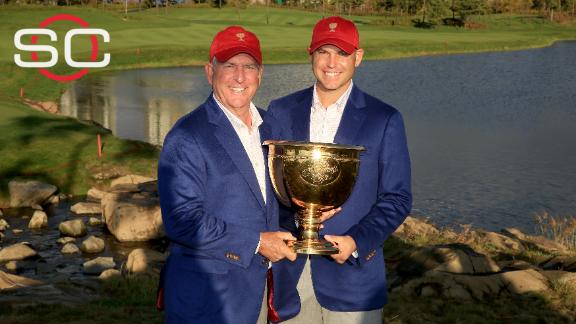 INCHEON, South Korea -- Bill Haas delivered the winning point to his team and to his father Sunday in a Presidents Cup that ended with a familiar result amid tension not felt in years.

The Americans won for the sixth straight time, 15-14, only this was one came down to the final match.

And the emotion was never stronger -- on both sides.

U.S. captain Jay Haas made his son one of two wild-card selections, and he put him out in the last of 12 singles matches at Jack Nicklaus Golf Club Korea against the local star, Bae Sang-moon, playing in his final event before he starts his mandatory military service in South Korea.

Bae did everything he could to give the International team a chance by holing a 10-foot putt on the 16th to stay 1 down and nearly holing a bunker shot on the 17th for par to extend the match. Needing to win the par-5 18th to share the cup, Bae stubbed his chip short of the green. As the ball rolled back down the slope, Bae sank to his knees and covered his eyes as caddie Matt Minister consoled him.

Haas blasted out of a bunker to 6 feet, and Bae conceded the birdie putt.

Haas choked back emotion and then chided himself for doing so. "It's just golf," he said. Jay Haas couldn't even get started before his voice cracked during a TV interview. He treated his son like one of the 12 Americans all week, but this moment suddenly turned special.

"When we put him out 12th, I had no idea, obviously, that was going to happen," the captain said. "But he played beautiful."

Haas wasn't the only star.

The biggest putt belonged to Chris Kirk, the only American who had never played in a Presidents Cup or Ryder Cup, especially because of the shocking turnaround in the match and in deciding who won the gold trophy. Kirk was all square with Anirban Lahiri of India, both just short of the 18th green. Kirk hit his pitch too hard and it went 15 feet by the cup, while Lahiri played his shot with perfect pace to 4 feet.

Given the status of the other matches on the course, it looked like an International victory. But only briefly.

Kirk, as stoic as they come on the PGA Tour, slammed his fist down when his putt took one last turn and dropped into the cup. It looked as though they would halve the match until Lahiri's birdie putt hit the right side of the cup and spun out, and he let his putter fall over his back in disbelief.

It was like that all day. Seven of the 12 matches went the distance.

Branden Grace joined Shigeki Maruyama (1998) as the only International player to go 5-0 by easily beating Matt Kuchar. Phil Mickelson and Zach Johnson each completed unbeaten weeks for the Americans, and Adam Scott got his putter going in the shortest match of the day, 6 and 5, over Rickie Fowler.

The Americans never looked like they were going to lose for so much of the day. And when it looked like they were in trouble, it turned on two putts. The International team twice turned late deficits into victories on the 18th hole -- Marc Leishman beat Jordan Spieth, and Hideki Matsuyama took down J.B. Holmes.

There also were two key half-points.

Louis Oosthuizen hit his approach to 12 feet for the only eagle on the 18th hole to halve with Patrick Reed. The biggest shot was Thongchai Jaidee, who hit into the water on the 18th hole and still halved the hole, and the match, when Bubba Watson missed a 5-foot putt.

But the Americans, who started the day with a one-point lead, won the two matches that mattered.

The International team still has only won the gold trophy one time, at Royal Melbourne in 1998, but a change to fewer matches (30 instead of 34) contributed to making this Presidents Cup the closest in 10 years.

"I don't think it could have got a whole lot more exciting than that," International captain Nick Price. "I can't tell you what it's like to bring eight countries together, six different languages, different cultures. ... They bonded, and I tell you what, I'm so proud.

"Irrelevant of the outcome -- we obviously would have loved to have won -- we put on a show of golf this week." 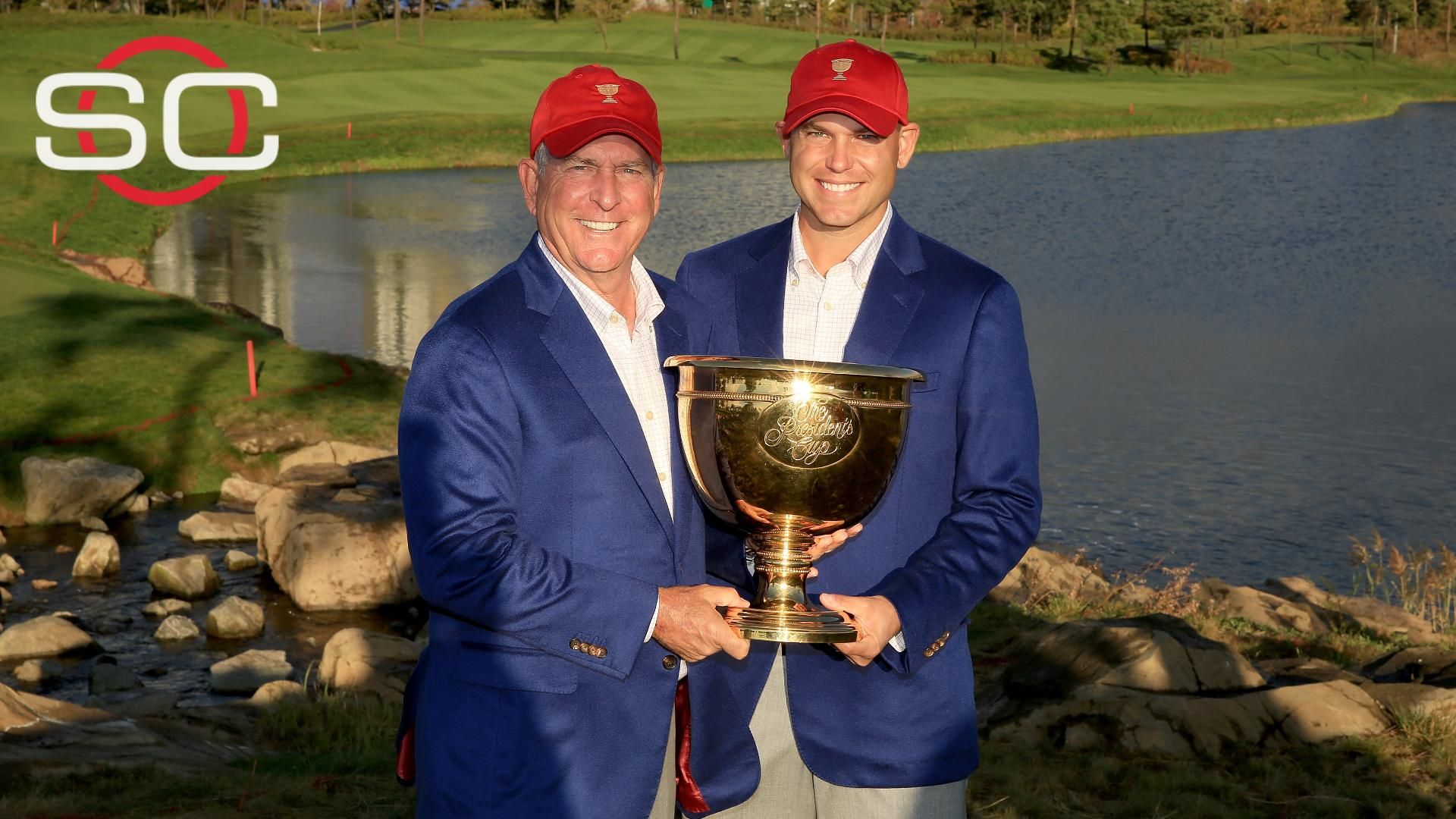