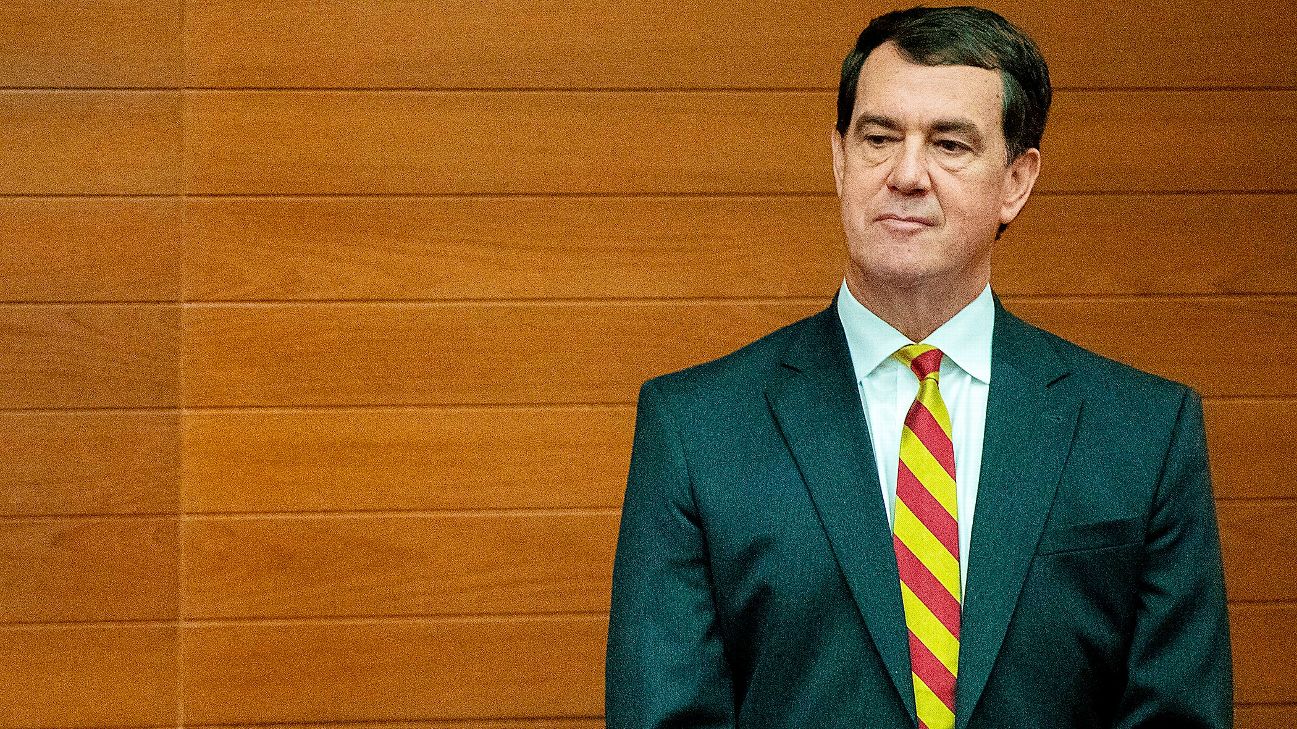 ESPN
By Edward Aschoff
LOS ANGELES -- One of USC athletic director Mike Bohn's first official acts on the job will be to evaluate a struggling football program and its embattled head coach.

But during his introductory news conference on USC's campus Thursday, Bohn said it was too early to discuss anything pertaining to the future of Clay Helton's job or the direction of the football program.

"We all understand the importance of football; it's very similar to every institution that I've been a part of," said Bohn, who came to USC from Cincinnati. "It'd be premature to be talking about coaches or any situation when I just arrived and am in the process of learning and trying to listen. But I have a good sense of really quickly being able to connect and find out how we're doing and where we're going, and I want to impact recruiting."

Questions surrounding Helton's job security began after the Trojans went 5-7 in 2018 -- the program's first losing season since 2000 -- and have continued with USC 5-4 heading into Saturday's game at Arizona State (3:30 p.m. ET, ABC). The Trojans had led the Pac-12 South Division for most of the season, but last week's 56-24 loss to Oregon at the Coliseum put the Trojans a game behind No. 8 Utah.

Though the Trojans own the head-to-head tiebreaker over the Utes -- beating them 30-23 in September -- they will likely need to win out and have Utah lose at least one of its three remaining games to UCLA, Arizona or Colorado, none of which has a winning record.

Bohn and Helton met after the new AD's news conference, an interaction the USC coach described in glowing terms.

"To see his energy and his positivity hitting the ground running today was awesome," Helton said during a news conference. "I just really appreciated him. To take the time on this day to sit down with all 21 coaches, to sit down with me personally, to take the time to visit with our team, that's big-time. That's hitting the ground running and touching the people that matter."

Helton guided USC to a Pac-12 championship and Rose Bowl victory in his first full season in 2016. The Trojans went 11-3 and won the Pac-12 South the next season. But 2018's losing season and this year's struggles have intensified the criticism.

The Trojans are also struggling in recruiting. USC's 2020 class of 11 prospects, which includes no ESPN 300 recruits, is outside of ESPN's top-40 team rankings, after the Trojans finished 19th in 2019.

Bohn said it was important for the football program to be viable in recruiting, outreach, attendance and "intensity of interest," all of which support the program.

While Bohn wouldn't talk about specifics when it came to evaluating Helton, either during the three final weeks of this season or after, the athletic director did say the expectation for the coach and his football team is simply to win.

"Just like any program this time of year, we expect him to finish strong," Bohn said. "I mentioned 'Fight on' and the sense of being able to do that, but it's also 'Fight on to victory.' It's important to win. I'm not trying to add more pressure to him or the student-athletes who represent him, but we always want to finish strong. Good programs finish strong, so the idea is we want to see him and his team finish strong, and I'm going to do everything I can to support those young men and those coaches and everybody tied to the program to do exactly that."

Bohn said he won't be in Tempe, Arizona, for the Trojans' game against Arizona State this weekend because he will be back at Cincinnati to say goodbye. He intends to fly to Los Angeles on Sunday and be in his office Monday.

USC president Carol Folt joined Bohn in saying that she too wasn't ready to fully evaluate Helton, saying the two need more time to talk about the situation before they can make a decision.

"We're not there yet," she said. "One thing I do know is I never say things I don't know yet."

Folt added:"I also know how to be a leader that lets your leaders actually do the job they're special at doing and then work with me where it's important for me to be a part of it."

"Absolutely not," Bohn said. "There's no legs to that."

Bohn spent most of his nearly 30-minute news conference talking about making sure that USC had a winning athletic department in all areas, but the focus on Bohn over the next few weeks will be on the direction of the football program. Bohn said it was "premature to even mention and think about" a reasonable timeline for the football team to get back to "competing at the highest level," but he made it clear that championships are the standard for USC.

"I think that's why I came here," he said. "We want to compete for national championships across all sports, and that includes, obviously, the football program, and we want to be in the Rose Bowl." 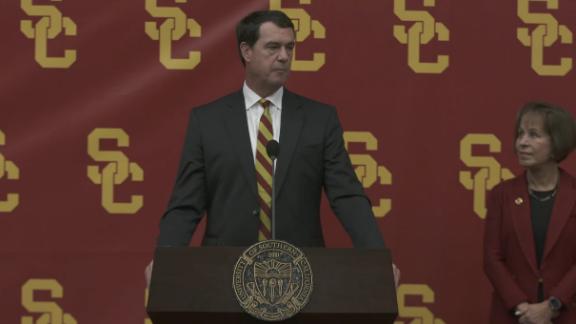 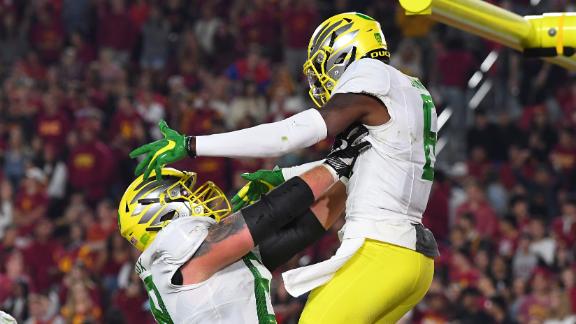