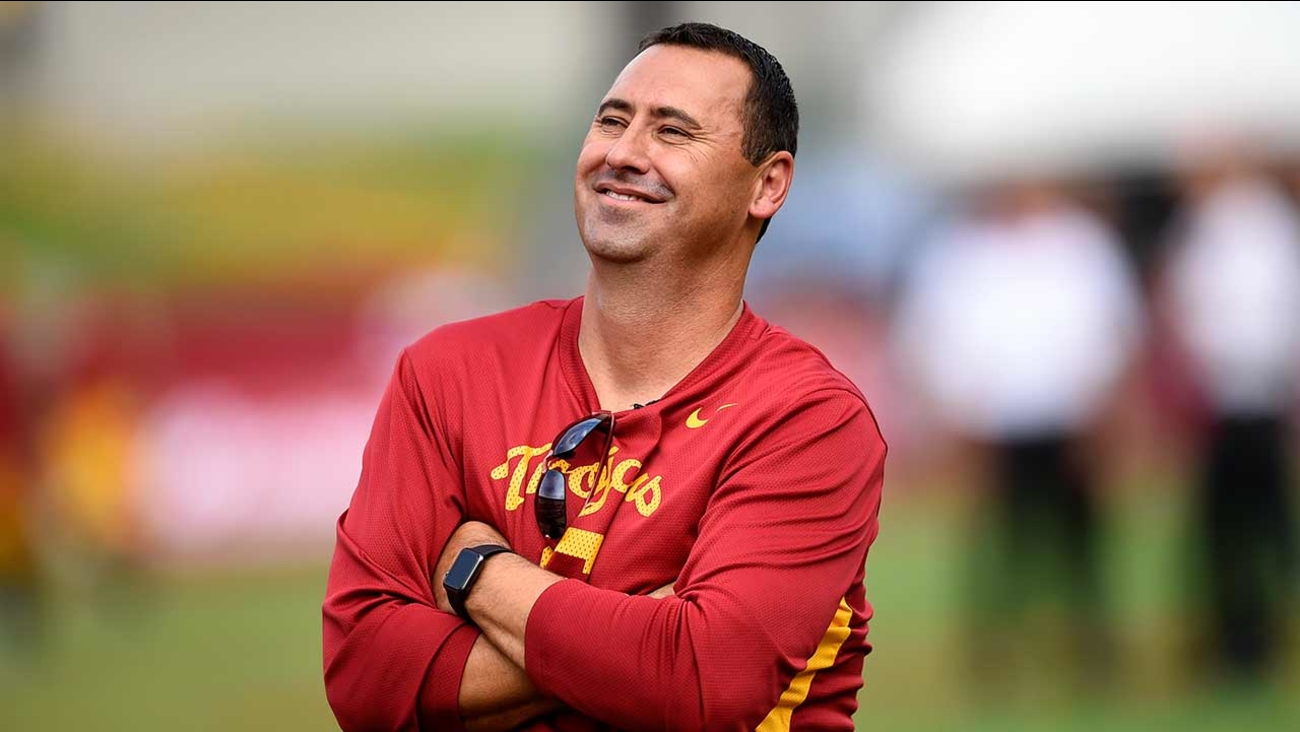 Southern California head coach Steve Sarkisian watch his team warmup before the start of the first half of an NCAA college football game against Idaho, Saturday, Sept. 12, 2015. (Gus Ruelas)

LOS ANGELES (KABC) -- Steve Sarkisian has been fired as USC's head football coach, USC athletic director Pat Haden announced in a statement Monday, one day after the troubled coach was put on leave.

"After careful consideration of what is in the best interest of the university and our student-athletes, I have made the decision to terminate Steve Sarkisian, effective immediately," Haden said.

Sarkisian was put on indefinite leave on Sunday after he showed up at the univeristy in no condition to lead practice. Offensive coordinator Clay Helton was appointed interim coach.

The school hasn't been specific about Sarkisian's problems, but Haden said the second-year USC coach was unwell.

Sarkisian, who's in the midst of a divorce, had an embarrassing public display in August at the Salute to Troy pep rally where he appeared to be intoxicated while giving a profanity-laced speech. He used colorful language to describe several Pac-12 schools. He made such a scene, that Haden had to step in. 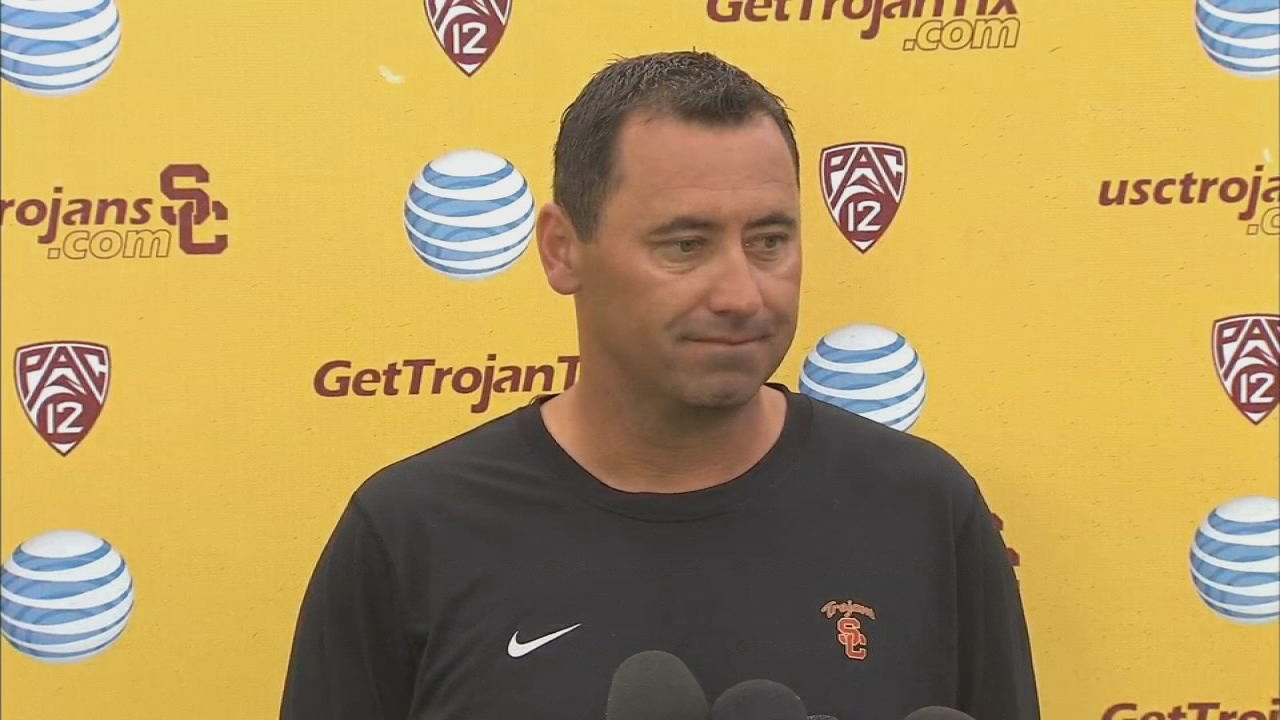 VIDEO: Complete Steve Sarkisian news conference
USC head coach Steve Sarkisian says a mix of medication and alcohol is to blame for a rambling, profanity-laden speech that prompted a news conference and apology.
He later announced he would be getting unspecified treatment, but didn't believe he had a drinking problem, blaming his appearance on combining alcohol and medication.

Sarkisian went 12-6 at USC, where he was an assistant coach under Pete Carroll with the program's dominant teams of the past decade. He spent five years as Washington's head coach until 2013.

Helton will officially lead his first practice Tuesday as the Trojans (3-2, 1-2 Pac-12) prepare for their annual rivalry game with No. 14 Notre Dame. 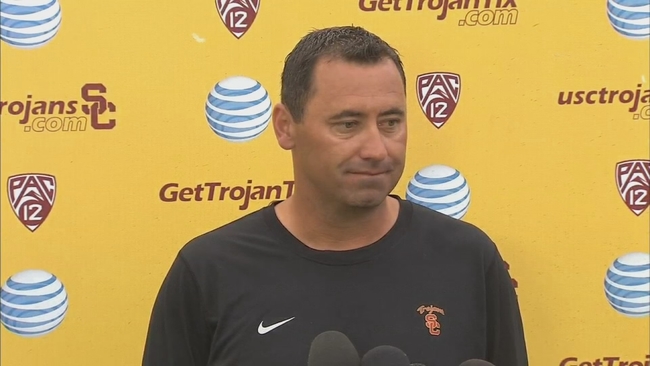 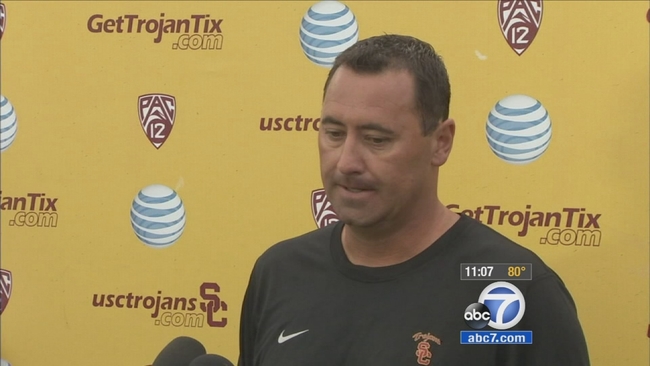