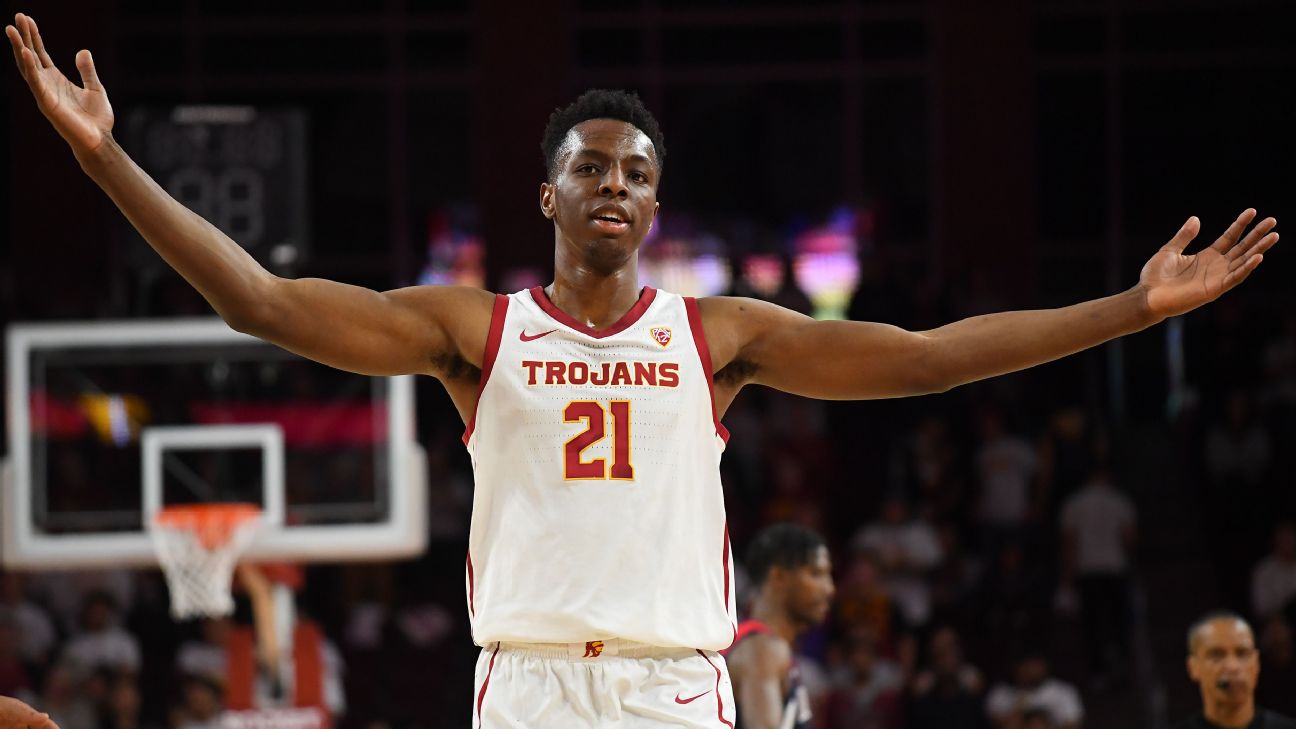 "I am declaring for the draft, forgoing my final three years of school [and] planning on signing with an agent in the near future," Okongwu told ESPN in a text message.

Okongwu also posted a message to social media on Wednesday, thanking USC coaches and fans and saying that "all good things must come to an end" and that he wants "to take the next step when the opportunity presents itself."

Okongwu, the No. 6 prospect in the ESPN Top 100, emerged as one of the top big men in college basketball while earning All-Pac-12 first-team honors.

He averaged 16.2 points, 8.6 rebounds, 2.7 blocks and 1.2 steals for the Trojans, establishing himself as one of the most versatile defenders in the country and vastly exceeding early expectations.

"These past couple weeks have been crazy, but I'm happy to be able to be back home in Chino under quarantine with my family," Okongwu told ESPN. "Every fitness center and gym is closed, so besides being at home doing things, I haven't really been able to work out as much.

"The virus is a serious matter and putting a lot of things on hold, but being healthy and staying safe is more important," he added. "I'm not sure how the pre-draft process will be now. There is a lot of uncertainty. I'm just doing my part right now, staying home waiting for everything to blow over. The more people who do this, the faster it'll be for everything to go back to normal. I continue to pray to God that everyone gets healthy and stays safe."

Okongwu first emerged in recruiting circles as a freshman on the Chino Hills team that took high school basketball by storm with Lonzo, LaMelo and LiAngelo Ball. Okongwu flew somewhat under the radar during his high school career despite putting up big numbers on the Adidas circuit for the Compton Magic, missing much of his junior season with an injury, which caused him to not be selected for any of the prestigious high school all-star games as the No. 20-ranked recruit in the ESPN 100.

He quickly emerged as the Trojans' best all-around player and a clear lottery prospect, ranking fifth in player efficiency rating among likely draft prospects. He also was the only player in the country to average at least 20 points, 10 rebounds, 1.5 steals and 3.0 blocks per 40 minutes.

Some NBA scouts feel Okongwu could ultimately end up as the best big man to come out of the 2020 draft thanks to his high basketball IQ, terrific defensive versatility and ability to finish explosively around the basket, which has helped draw comparisons toMiami HeatAll-Star Bam Adebayodue to his similar dimensions and style of play. 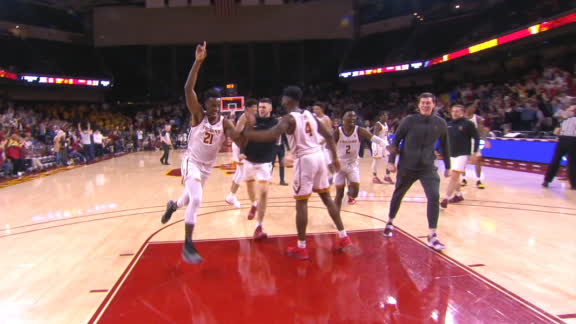