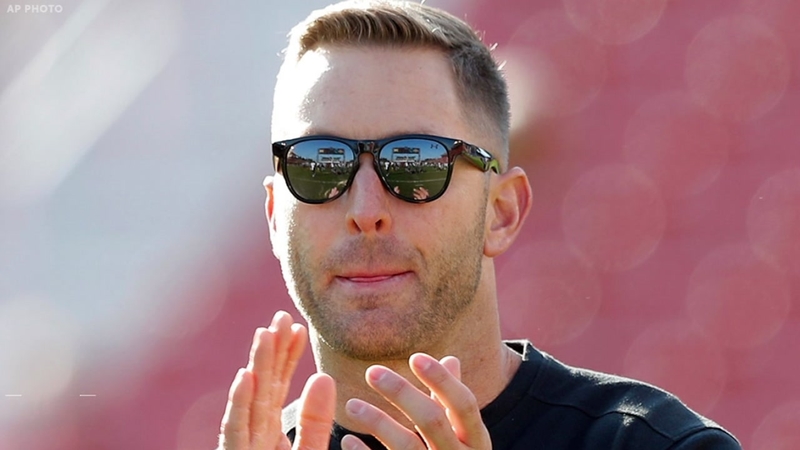 Just a month after he was named offensive coordinator at the University of Southern California, Kliff Kingsbury is expected to land the head coaching gig with the Arizona Cardinals, ESPN reported Tuesday.

The 39-year-old landed the USC job last month after after being let go from his head coaching job at his alma mater, Texas Tech University.

Kingsbury is seen as an offensive guru in coaching circles, chiefly specializing in the quarterback position.

Before Texas Tech, he served dual roles as offensive coordinator and quarterbacks coach under Kevin Sumlin at UH and then at Texas A&M. He had a role in the college careers of Case Keenum, Johnny Manziel and Patrick Mahomes, to name a few QBs.

The Cardinals ended the past season with UCLA star quarterback Josh Rosen, who was drafted 10th overall in 2018.

Kingsbury was hired as the Red Raiders head coach in 2013, notching a 35-40 overall record. Texas Tech finished no better than fifth in the Big 12 under his tenure.

But since 2011, the San Antonio native coached offenses that averaged 550 yards and nearly 42 points a game.

A former quarterback, Kingsbury was selected as a sixth-round pick by the New England Patriots in 2003. He also spent time playing for the Saints and the Jets, as well as earning stints in NFL Europe and the CFL.

ESPN's Adam Schefter reports Kingsbury will sign a four-year deal, with a team option for the fifth year.

Cardinals are expected to hire former Texas Tech HC Kliff Kingsbury as their next head coach, as @PSchrags reported.

Cardinals are giving new HC Kliff Kingsbury a four-year deal, with a team option for a fifth year, per league source.