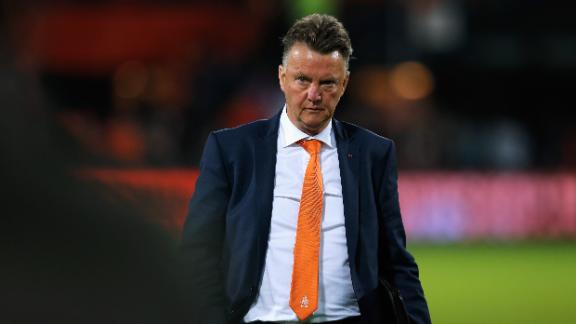 Louis van Gaal has poured praise on Chile and Juventus midfielder Arturo Vidal, in comments that fuel the rumours that he may give the green light for Manchester United to make a move for him this summer.

Van Gaal, who will step down as Netherlands coach this summer to head to Old Trafford, was responding to questions about the qualities of the Dutch team's Group B rivals Chile in a press briefing in Rio de Janeiro.

And he is clearly an admirer of Vidal and his teammates' abilities.

"Chile have very dangerous players," he told reporters. "I always wanted to buy Vidal when he was at Bayer Leverkusen but he went to Juventus.

"I like a lot of Chile players and they always play an attacking style. It will be difficult for the Netherlands but we have confidence in the three games we have to play."

Van Gaal went on to give an upbeat assessment of the fitness of his captain and lead striker Robin van Persie, who has been battling to be fit for their opening game against Spain on June 13.

"Van Persie has a groin injury but he can deal with it, so it looks ok," he added. "I think he's good. He trained with us but it was a light training session. We have to see tomorrow."

Arturo Vidal lands at #16
Gab Marcotti joins the guys to discuss the #16 and #17 players on our list: Bastian Schweinsteiger and Arturo Vidal.