Vin Scully: 2016 will be final season in booth for Dodgers 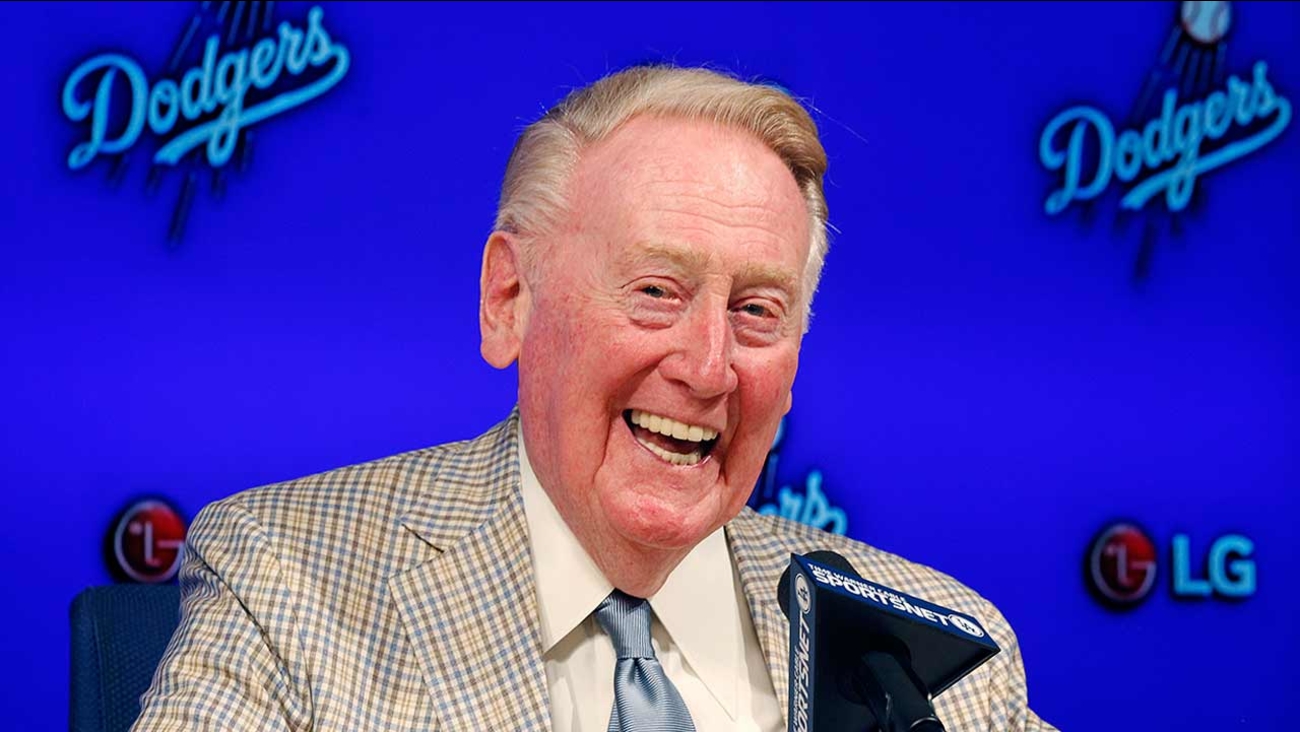 Los Angeles Dodgers Hall of Fame broadcaster Vin Scully announces he will return to broadcast his 67th baseball season in 2016 during a news conference in Los Angeles. (Alex Gallardo)

AP
LOS ANGELES -- Vin Scully says 2016 will be his last season in the broadcast booth for the Los Angeles Dodgers, which would mark the end of his record 67-year tenure with the same franchise.

The Hall of Fame announcer turns 88 in November and he said Saturday he believes one more year would be enough. He jokingly wondered how much longer he could go on fooling people.

Scully says he doesn't want a farewell tour, either.

He has yet to discuss with the team how much he will work next season. Scully currently calls all nine innings of home games and road games in California and Arizona for the Dodgers' television home on SportsNet LA, while the first three innings of his games are simulcast on the radio.
Related topics:
sportsbaseballlos angeles dodgers
Copyright © 2020 by The Associated Press. All Rights Reserved.
RELATED 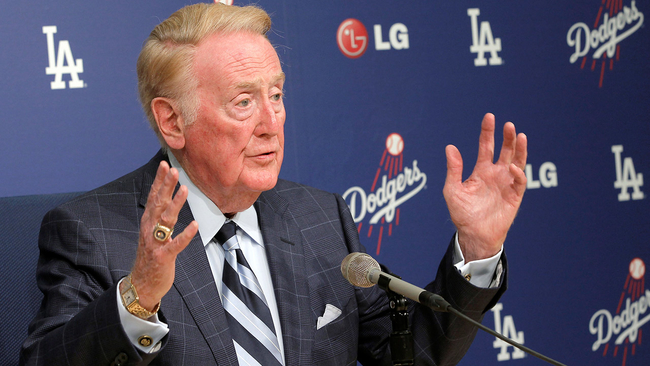