Virginia pulls even in CWS finals 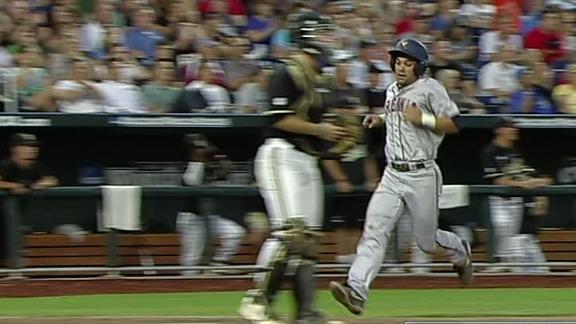 OMAHA, Neb. -- A night after one of Virginia's worst pitching starts of the season, the Cavaliers got one of their best to force a winner-take-all game for the national championship.

Each team will be playing for its first national title in baseball Wednesday night.

"I know the bounce-back this team has shown all year long," Cavaliers coach Brian O'Connor said. "You know when you go through a season with a team, you start to learn and understand what they're made of and what the fiber of a team is. I told the team after the game last night that there is no panic in this ballclub. Come out tonight and play a great ballgame, and we'd have a chance to win."

Virginia (53-15) forced the third game after Vanderbilt (50-21) rode a nine-run third inning against Nathan Kirby to a 9-8 victory Monday. Projected starting pitchers are Josh Sborz (6-4) for Virginia against Carson Fulmer (7-1).

Waddell (10-3), who pitched a solid seven innings with no decision against TCU a week ago, was even better against the Commodores.

"He basically suffocated our offense for most of the night," Vandy coach Tim Corbin said.

The sophomore left-hander didn't allow a hit in the fifth through eighth innings and retired 12 in a row before he issued a walk with two outs in the ninth.

"I didn't know how long I'd be in the game," Waddell said. "I tried to keep going until they told me to stop."

Waddell didn't stop until he threw 115 pitches and Rhett Wiseman had grounded out to end the game. Teammates rushed out of the dugout to congratulate him for his first conventional complete game. He was credited with one for going six innings in a rain-shortened game against Monmouth in March, and it was the Virginia staff's third of the season.

"I felt good from the start," Waddell said. "I felt in the beginning I was trying to do too much, put too much behind the ball, spraying it here and there. I settled in later in the game. I put the pitches where I needed to."

Kenny Towns and John La Prise drove in two runs apiece, and the Cavaliers finished with 13 hits against Beede (8-8) and three relievers. Virginia has a total of 15 runs and 28 hits the past two games.

"There is a lot of real athletic skill in that lineup," O'Connor said. "Just the ability of guys to get down the line and the pressure that puts on infielders through most of our lineup."

The Cavaliers turned a 2-1 deficit entering the sixth inning into a 6-2 lead at the end of the seventh.

Brandon Downes drove in Virginia's third run of the sixth when his fly ball to center glanced off the heel of John Norwood's glove for a triple. Towns' third two-out single of the game brought in two more runs in the seventh.

Through five innings, Beede looked sharp in limiting the Cavaliers to one run on three hits and two walks. The 14th overall draft pick by the San Francisco Giants had been struggling with his control and didn't make it out of the fourth inning in his previous CWS start, against UC Irvine.

He left with two outs in the seventh after allowing six runs on 10 hits and three walks.

"Execution was a little poor the third and fourth times through the lineup," Beede said. "I was working with only two pitches, fastball and changeup. It was kind of 50-50. They were finding holes. They're a talented hitting team."

Vanderbilt third baseman Tyler Campbell sustained a mouth cut when Mike Papi put a hard shoulder into him as he was tagged out during a ninth-inning rundown. After Papi jogged back to his dugout, Vanderbilt fans chanted, "Throw him out!" Papi stayed in the game.

The Cavaliers will be playing for the Atlantic Coast Conference's first national title in baseball since Wake Forest in 1955. Vanderbilt will be going for the Southeastern Conference's fourth championship in six years. 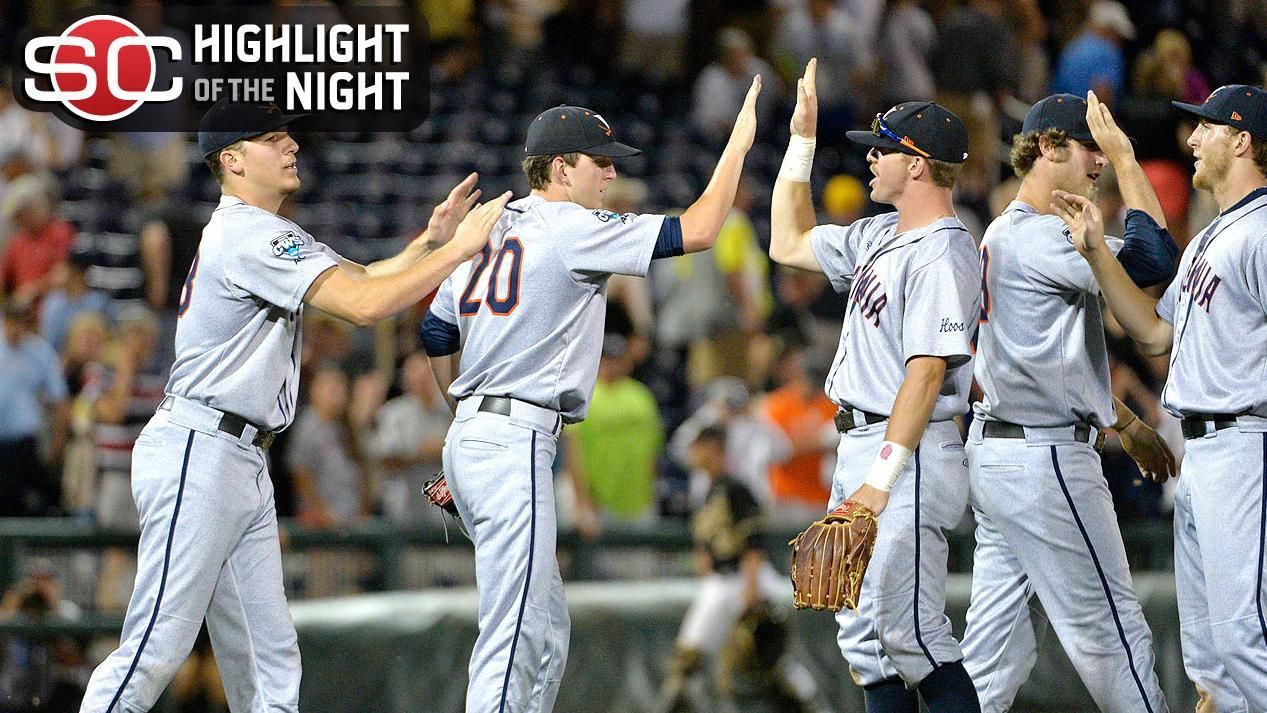