Vote: Who ranks higher for you, Kobe or LeBron? 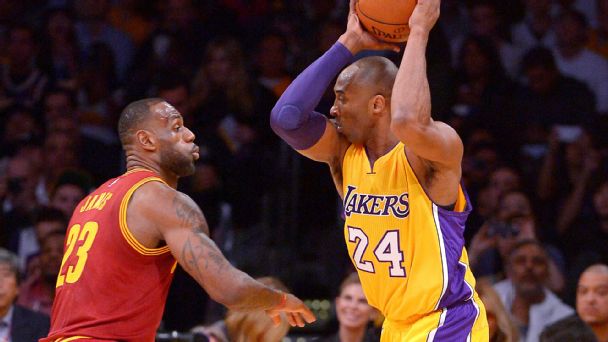 That's why the former Chicago Bulls great said he would rank Kobe Bryant ahead ofLeBron James on the list of all-time NBA greats.

Do you agree with Jordan's assessment? Vote now in the poll below:

In 2013, Jordan told NBA TV that Bryant's five championship rings put him above James, who had one ring at the time.

Since then, James' teams have appeared in five more NBA Finals. He has also won two more rings -- in 2013, when the Miami Heat beat the San Antonio Spurs in seven games and in 2016 when the Cleveland Cavaliers beat the Golden State Warriors in seven games.