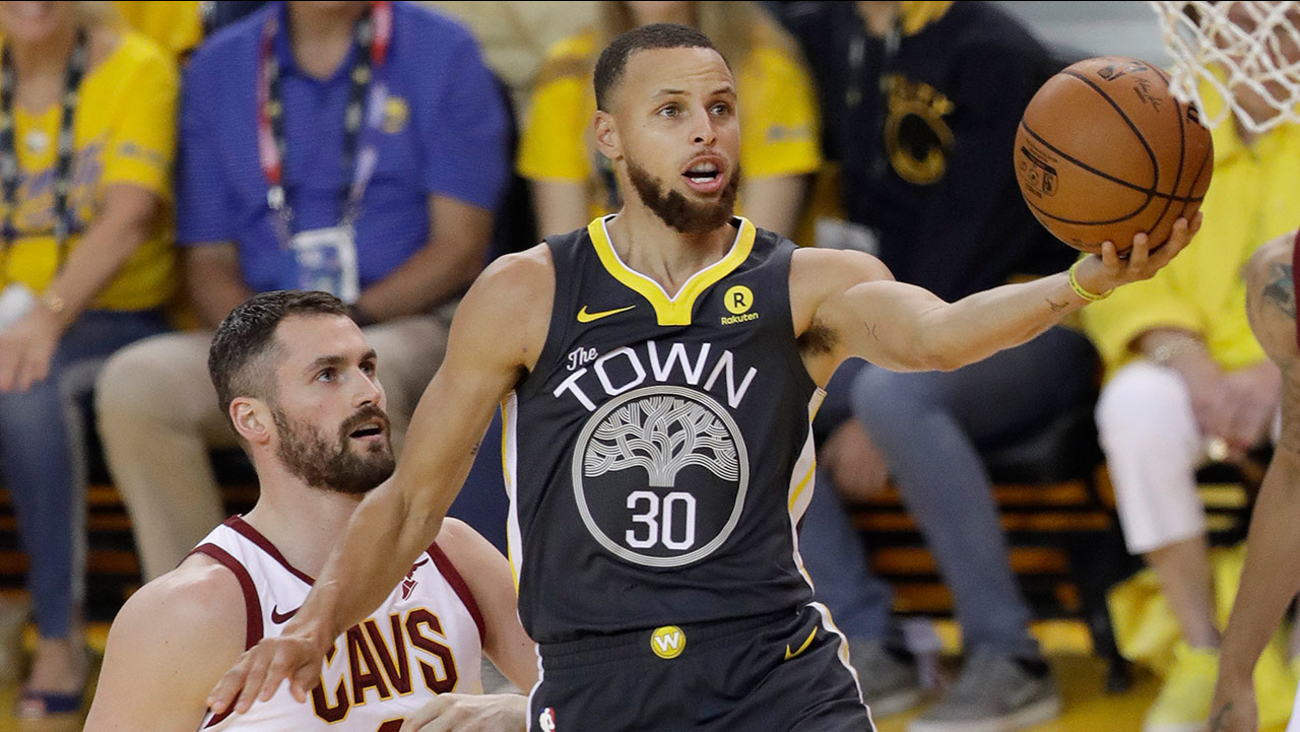 Warriors guard Steph Curry drives to the basket past Cavaliers forward Kevin Love in Game 2 of the NBA Finals in Oakland on Sunday, June 3, 2018.

OAKLAND, Calif. -- Stephen Curry hit an NBA Finals-record nine 3-pointers and scored 33 points, leading the Golden State Warriors to a 122-103 win over the Cleveland Cavaliers on Sunday night for 2-0 lead.

Kevin Durant found his steady stroke to score 26 points to go with nine rebounds and seven assists while also handling a load of the defensive assignment against LeBron James.

Klay Thompson added 20 points playing on a tender left leg to put the defending champions two victories from a repeat title they have talked about since the season began last fall.

James followed up his 51-point performance in Game 1 with 29 points, 13 assists and nine rebounds in a far tamer finals sequel minus the utter craziness of a drama-packed opener three days prior.

Curry hit five 3s in the fourth quarter as the Warriors turned it into a romp after the Cavaliers were within seven points early in the period.

He passed Ray Allen, who made eight 3s in a 2010 game, and also moved ahead of LeBron James into the career lead with 90 3-pointers in the NBA Finals.

Game 3 is Wednesday night in Cleveland.